I don't have one, but who knows what the future holds. I'm pretty envious of you guys that own them. But I got to know, what kind of attention wanted / unwanted do you guys when you take them out?
B

A group of bikers passed me on the motorway after following me for about 15 miles last weekend and I got a thumbs up. However, it should be noted that Kiwis are a fairly reserved lot, so, although there are many admiring looks, only occasionally is a cell phone taken out for a photo, or a "Nice car!" comment comes my way. Taking it to its first car show in a month so it will be interesting to see what sort of attention it gets.
W

Supporter
I'm a new owner. Purchased mine incomplete from a gent several hundred miles away. Even with the front wrapped in saran and tape and the body held down with tie straps I got tons of thumbs up on the drive and every stop for gas drew a gathering wondering what it was. And most times when open my garage I get folks pointing and a few walk-ups asking about it. I have not really started my build yet - I'm in the middle of a move - and I can already tell it is going to be interesting driving it around town. Hope to see you in our ranks soon!
P

Most people are stunned at the car- it's so different from the norm. People have followed me to a parking lot and jumped out to ask questions- many of them moms who say their sons or husbands "need a picture"! The greatest problem in terms of attention is that people take videos and pictures while driving- and sometimes start to drift into your lane. That's why I have a loud air horn...

But overall, it's been fun. Everyone has been nice, and you do meet a lot of car folks.

At a gas station, a guy came up to me and said "I've seen a lot of great cars in Scottsdale. You win".

However, there is one problem. Everybody wants to talk to you at traffic lights, but the windows don't go down. I need to make a sign that I can show them that says " sorry...."
C

If you've owned a Cobra, the experience is about the same. If I'm alone, I usually try and get gas at the backside or least visible pump so I can get away quickly! Usually fill one side per stop... 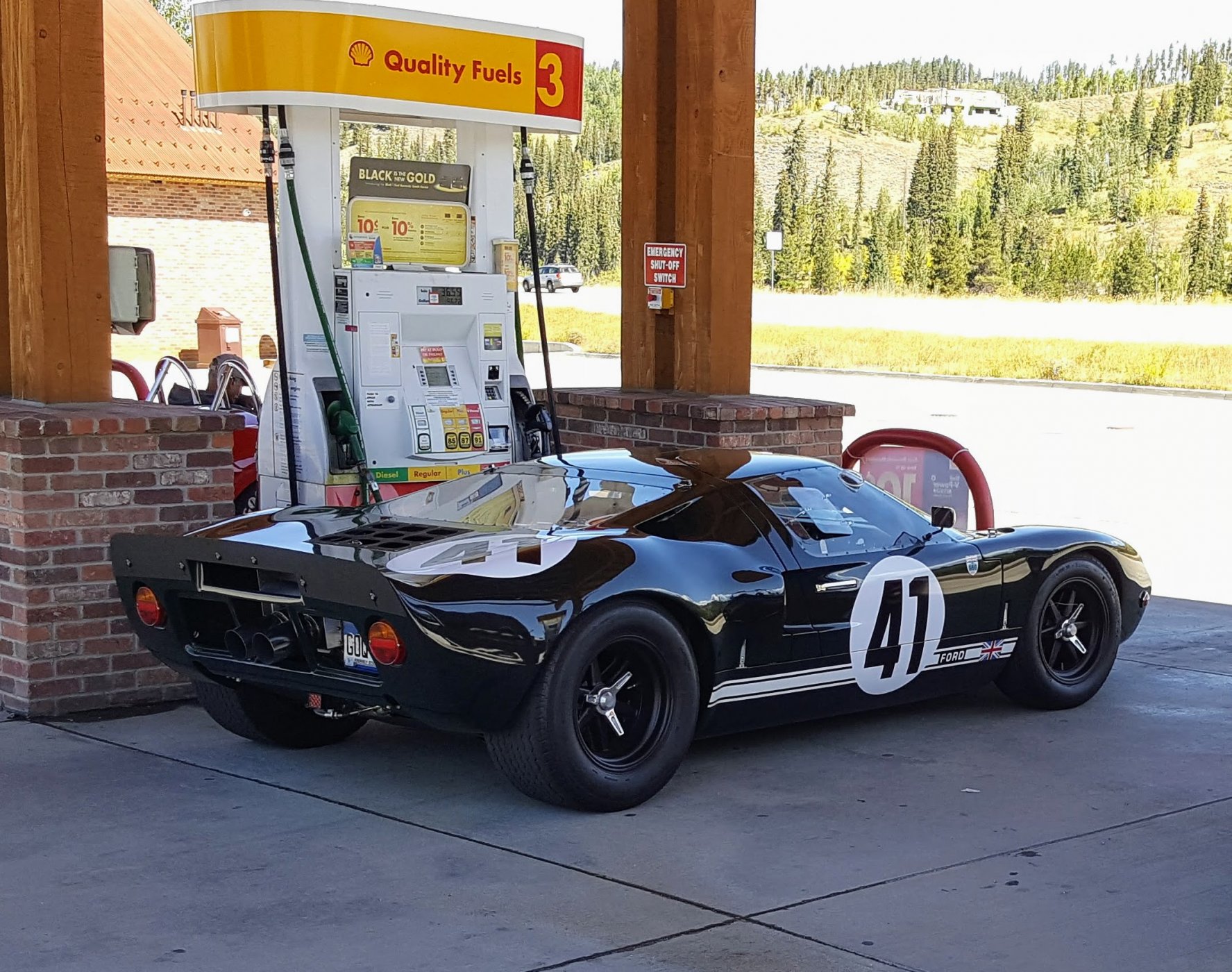 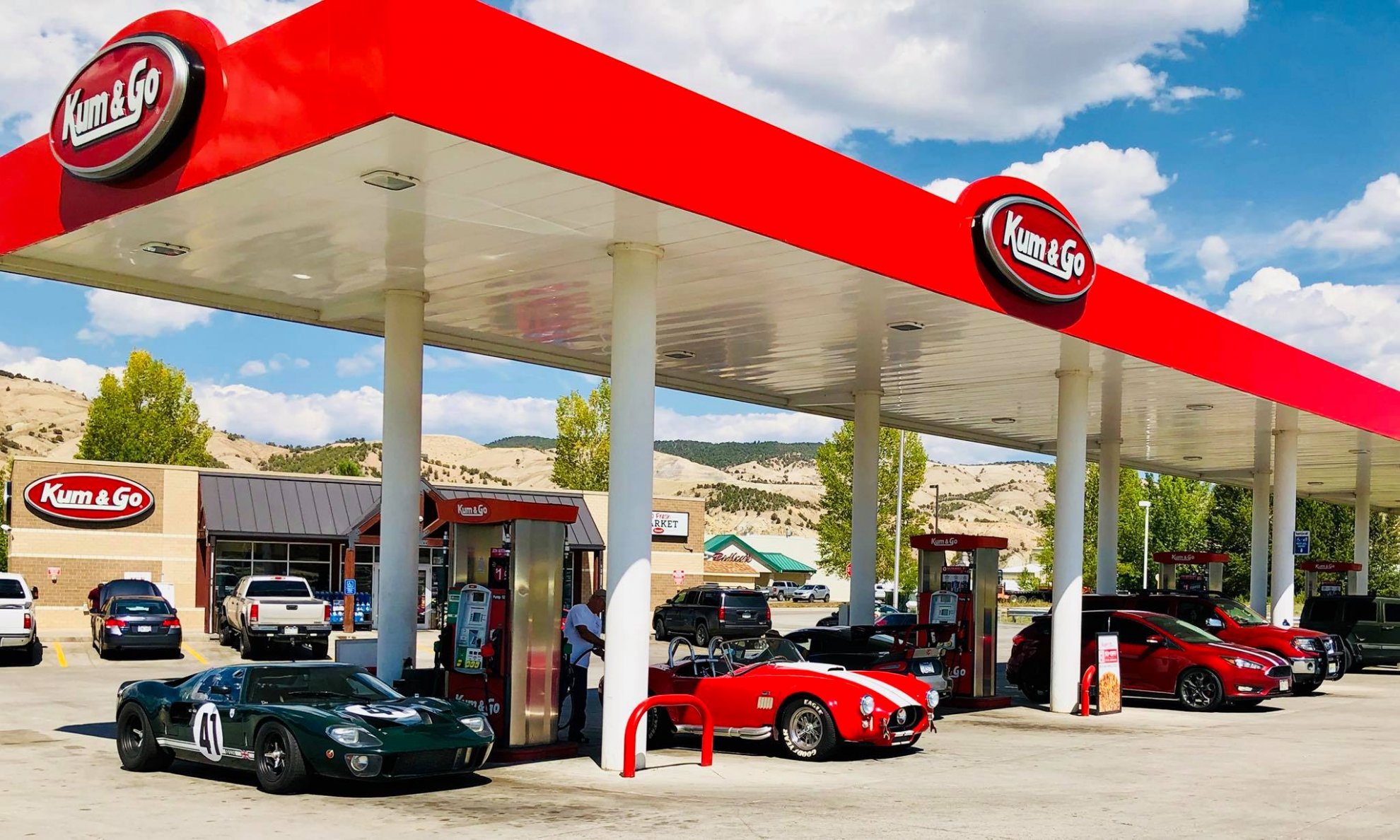 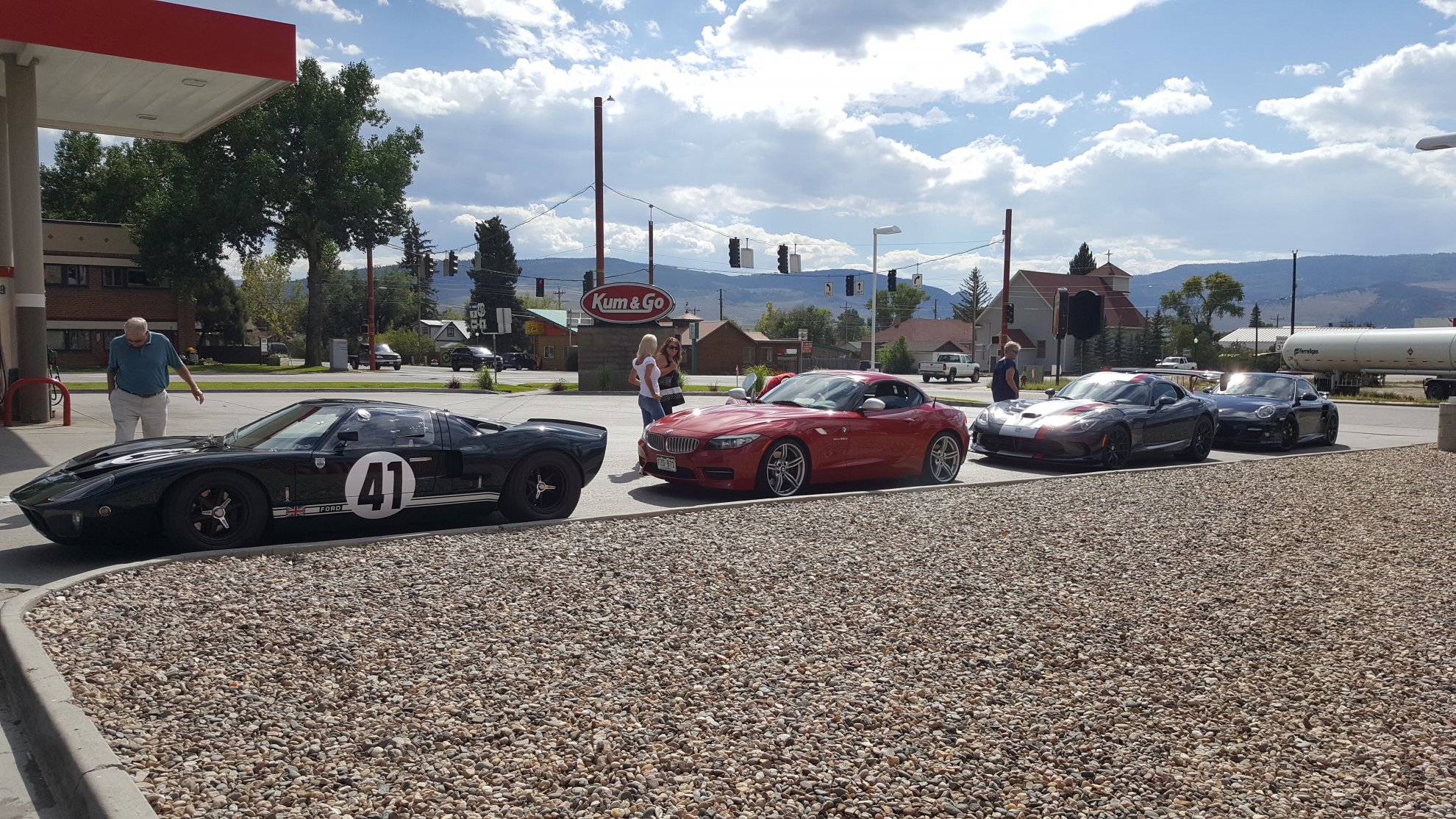 Supporter
On the way home from Bonneville last year I stopped for gas and a few people wandered over to look at my race car on the trailer. The looked at the car and then at my truck and asked where I had found the snow. It was white salt, of course. They didn't believe me until I urged them to taste it.
I

It's an interesting experience for sure. I'm not one to like attention, but you have no choice with the SLC, lol. I'm warming up to the attention though, all cool people curious about the car.

SLC isn't the fastest to put gas in anyways, so you will have plenty of time to kill....and chat with people.
L

Lifetime Supporter
My guess is anyone who owns an SLC or any other exotic could very well experience something similar to this at one time or another when fueling up. ALL exotics are people magnets...ALL attract attention...some just more than others:

Once while refueling my Ford GT: first one, then two cars pulled into the 'station (independent of each other) and started to slowly 'orbit' the GT's gas pump island in opposite directions looking at the GT and nothing else. Yeeeup. They collided.


SANE refueling stops usually only involved about 10 to 15 minutes-worth of Q&A. The record time involved for a Q&A occurred at a restaurant. 'Took literally ONE HALF HOUR for me to make it from the car to the restaurant's front door ('was stopped multiple times along the way)...a distance of about 40 feet. The Mrs. actually was coming OUT of the restaurant looking for me as I arrived at the door. She was wondering what the heck had happened to me!

Out on the street, the car caused 3 rear-enders that I actually saw (in one case, 'heard')...and, on 2 occasions, 'caused drivers to run off the road while looking back over their shoulders. One drove up over a curb onto a sidewalk (no pedestrians present, thank God), the other drove into a shallow drainage ditch.

And, of course, 'can't count the number of times cameras were hung out of car windows or people stepped out into the street to snap photos.

The spooky thing is when a car starts following you...especially if it has more than one MALE occupant. 'Had that happen 3 or 4 times. 'Had no problem ditching them though. But, for some reason, 'never had that issue with a carload of ladies. :-(
Last edited: Aug 8, 2019
C

It takes me an extra 20 minutes just to answer questions after fueling. So far the majority of the people call it a Mclaren, 2nd is lotus. Some people say it looks like the Batmobile, incidentally, that was never my intentions. I don't mind the attention but repeating the same thing over and over gets old pretty quick. Most people ask me if its OK if they can take a picture of it, that always surprises me, why would I say No? I have been to the car show near my house twice and the car always commands a group of people. Only one person so far has walked up and said; "Hey that's an SLC".
I

Crowley said:
Most people ask me if its OK if they can take a picture of it, that always surprises me, why would I say No?
Click to expand...

This one gets me every time. Don't get me wrong, it's pretty awesome they're considerate enough to ask, but I think the same thing "why would I say no?"

My personal plate will sarcastically answer their question, NO PICS, lol. I really do hope people don't take it literally and realize it's just a joke due to all the pics/vids people take of the car.

Supporter
Larry, your mention of people following you reminded me of the time around 1970 when I was driving my 250 GTE 2+2 from Washington, DC back to Charlottesville, VA where I lived at the time. I was on the interstate when a young man and woman in an Alfa-Romeo came up along side and motioned me to pull over at an upcoming rest stop. I did, thinking I must have some sort of problem. They piled out of the Alfa, ran over and explained that they were driving across an interstate overpass when they spotted me and then turned onto the on-ramp and finally caught me after a 5 mile chase. Yes, they asked if they could take a picture.
M

First one - 11pm weeknight, out for my first test loop after working late into the night to reach this milestone. Very tired, but I HAD to go for it. Stopped in to fuel up, noticed a fella standing at a respectable distance, noticed he was a transit driver, then noticed he had left his bus (with patrons aboard) sitting curbside to come over for a look. Then another guy gets out of minivan, comes over to inspect, gets down on hands and knees looking at the nose of the car???? Eventually realized he was looking for an identification badge.

Latest one - Flat bed tow driver pulls up to my disabled car, hops out, said 'From the dispatcher desciption, I figured I was picking up a Bricklin or somesuch' by he end of the trip it was - 'I've towed every kind of exotic I have to say, this is the baddest machine that's ever been on the back of my truck'.

It happened again this morning. A man asked me "Do you mind if I take some pictures?" I gave him my standard reply "It'll cost you a dollar." Then I smile.

Supporter
OK I give,. Mesa, was the mini van guy a cop that called the tow truck and did an impound?
I

Lifetime Supporter
Returning from LeMans Classica couple of years back. About half way between LeMans and Calais had to stop for fuel and a bite to eat. So pulled into a services.
Filled the car and paid, picking up a sandwich and drink.
Outside and pulled GT40 into a parking bay nose towards kerb.

Two French cops pulled their motorbikes up and parked behind me.

Now in the services, there were Porsche’s, Ferrari’s, Lamborghinis, classic Jags etc. all cars returning from the Classic,but all they wanted was to look at the Gt40

And yes they did take photos. Between their broken English and my bad France we discussed the car

Strangely the one more interested did not want a seat in it, but he was a huge bloke!

They pushed their bikes from behind my car into a disabled bay along side when it was time for me to go and wanted me to rev it to hear the noise..... I obliged - naturally.

InfiniteReality said:
I really do hope people don't take it literally and realize it's just a joke...
Click to expand...

In today's world? I wouldn't count on it!

I was going to get personalized plate "THE ONE" for my Ford GT (the title of the Ford commercial). But, after I thought about it for a few seconds it dawned on me that the average person on the street who's NOT into cars at all will think the plate refers to ME! Sooo I dropped the idea...
D

I always get a fair amount of attention at gas stations in the Cobra, but the SL-C is on a whole different level. I don't think I've ever gassed up without at least one person wanting to talk about the car and take pictures. Even non-car people are interested. One lady said "I don't care about cars at all, but that is the most amazing car I've ever seen!".

One thing to expect is that most of the time, when you tell people what it is, they still won't know what it is.

Also lots of people taking photos and videos while driving which I find unnerving.
L

dallas_ said:
Also lots of people taking photos and videos while driving which I find unnerving.
Click to expand...

Oh, you haven't lived until you've been driving your car on a 6-lane freeway had some Loony-Tune go from lane-to-lane in an actual 360 degree ORBIT around your car snapping photos with one arm out the window, one hand on the wheel and ZERO EYES on the road.