1030 and I will be at the Audrain Concours in Newport, RI on Sunday.

Today (Saturday) for free you can see the cars (including 1030) that went on the Tour parked on Bellevue Ave from 11am-2pm.

There are a lot of interesting cars in the Tour including a pair of Cunningham.

Was there today. I believe this is 1030 and I guess the Cunninghams
. 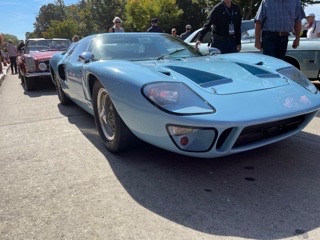 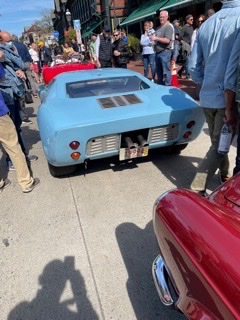 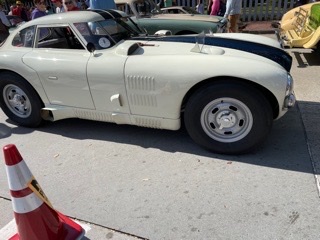 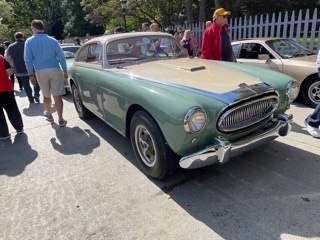 You are correct, the first two photos are 1030 (I'm not in the photos). It was the only GT40 to do the Tour, but never again. In the future, I will not go on any Tour that averages 30mph (two hours, 60 miles). I think the plugs got fouled, but that gives me an excuse to do some highway driving later this week.

It turns out that the white Cunningham is a recent copy of C-4RK it was appearing at the Concours, but it was not competing. The 1952 Cunningham C-4RK is powered by a Chrysler eight-cylinder, hemi-head vee engine with a 100 inch wheelbase and weight of 2,450 pounds.