Another SLC hits the streets

It seems like it's customary for builders to put together a completion announcement and I haven't done so yet. So ... here's mine!

I came across the SLC while watching a YouTube video and was intrigued. What followed next was months of obsessive searching for any and all information I could find on the car. I literally read every post in the SLC Clubhouse section of the GT40s site going back almost 10 years.

I had originally intended to build a "cookbook" SLC, keeping things as basic as possible. Along the way I wandered quite a bit and ended up with a fair number of customizations. Several options below will sound very similar to JBurer's SLC (Allan's #17 build). While fine tuning the configuration for this car John and I communicated frequently and shared our ideas for what our visions of an "ultimate street/canyon SLC" should be. When he or I disagreed with the other we would debate until we either agreed or agreed to disagree - we tended to agree more often than not.

Anyway, enough rambling - some details about the car as it stands today:

I intended to build this car for street / canyon duty and so far it's been fantastic. I have about 300 street miles thus far but I intend to pile on as many as I can - this will not be a show car/garage queen. Total build time was approximately 12 months / 2400 hours - of course, the car won't ever be "finished". John and I had a bet on when I would finish and I lost by about 1 year! Almost the entire build was solo but I had some key assistance/contributions from friends, especially my father-in-law Bob.

A few photos from a recent shakedown drive: 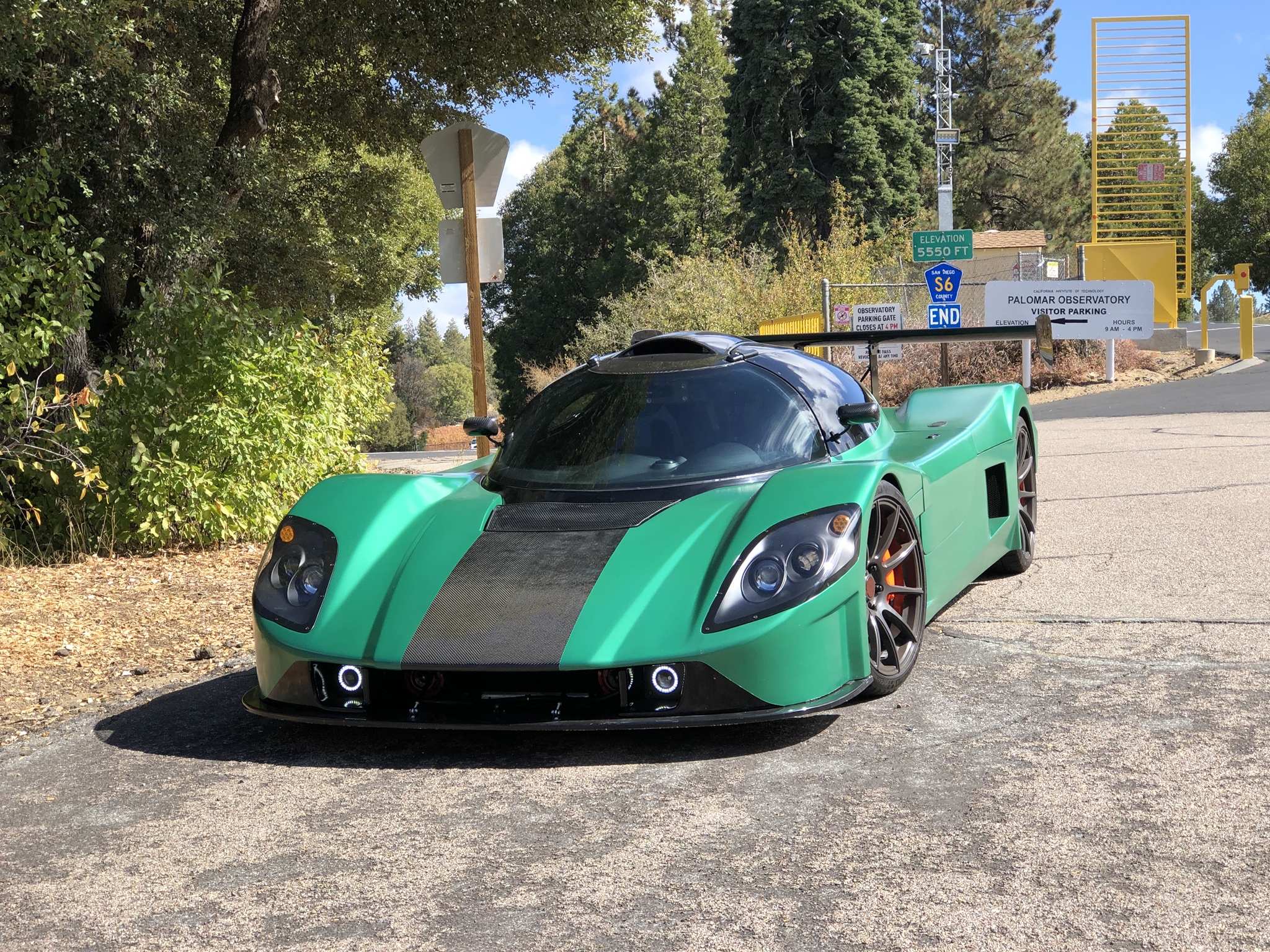 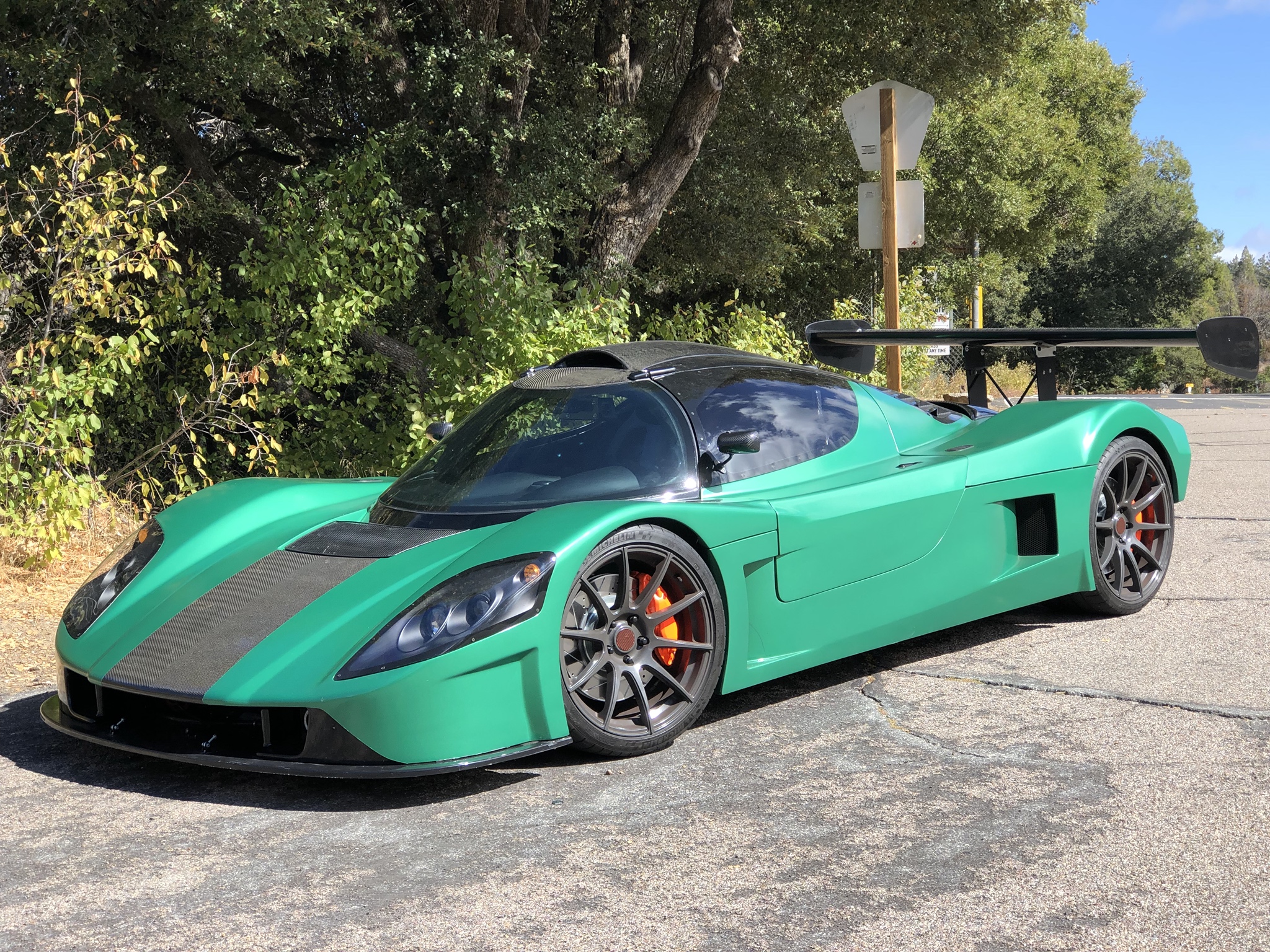 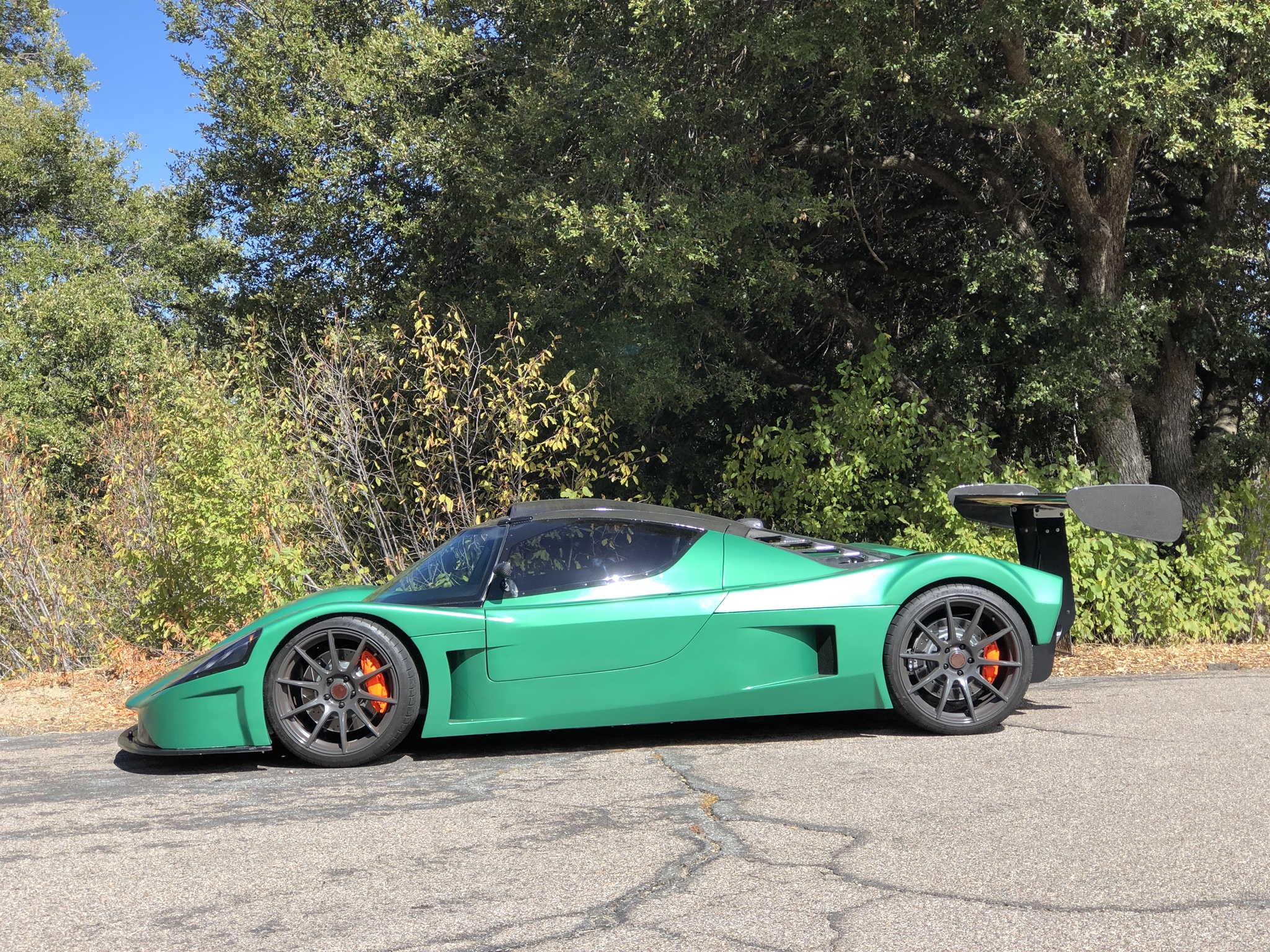 And a video from today's adventures. Watch or FF till the end for a surprise!

Supporter
Cam, the car looks and sounds great on the vid and appears to have a nice ride and not too stiff by the lack of vibration coming from the camera. Any comments on the driving experience vs. some other cars you have driven?
C

Jkviper said:
Cam, the car looks and sounds great on the vid and appears to have a nice ride and not too stiff by the lack of vibration coming from the camera. Any comments on the driving experience vs. some other cars you have driven?
Click to expand...

Joel - you'd be surprised how comfortable the ride is. My father-in-law was astonished at how compliant the ride was. I'd say it's somewhere between comfort and sport mode on my Audi S5 (I have Bilstein electronically adjustable shocks). With the S5 on sport it's noticeably harsher and you can feel it in your neck muscles after a short while. I find the SLC very comfortable - it took me a little over an hour of driving to get to those canyon roads and I didn't feel fatigued at all during that time. I had originally set my suspension on 8 clicks and that's very noticeably harsher - my neck muscles would get strained after only a few minutes. I think with the car's CG being so low, you really don't need to run super stiff dampers to still have a well composed car (for the street).

I think it's important to know someone's background before getting any kind of advice or giving much weight to their opinion.

I can tell you what my impressions are from the perspective of a driving enthusiast.

A raw and unfiltered driving experience.

I think that's the best way to describe the SLC. I feel very connected to what's happening between the car and the road. In my S5 there are so many electronics, even with all the nannies turned off as far as you can, they're still there. There's some kind of PID loop always running between your inputs, the car, and the road. After driving the SLC and getting into my S5, the S5 feels dead and wooden. The heavy steering that I used to think was really good just feels artificial, no feedback with the car or road. The throttle response is slow and feels like there's rubber between your foot and the tires. The brakes feel SUPER boosted and you lose touch with how much pressure the pads are putting on the rotors. The S5 really feels heavy now. I never thought my S5 was a performance car; the modifications I've done make it a fun car to drive in the canyons and for going to work. It's heavy but it hides it well. It's a fun touring car. The SLC just makes it feel so heavy and artificial in comparison.

The SLC is completely on another level. The SLC feels "alive" in comparison to my S5. Everything seems to happen so much faster in the SLC. I'm sure it's because it's a new driving experience for me, but my brain space struggles at times. I can't go WOT in the car unless I'm on the freeway, no cars in front or next to me, and I'm in 4th or 5th gear. On the street, 1st thru 3rd redline before I can get to WOT - I'm very careful to roll into the throttle and never stab into WOT because traction goes to zero - so before I can even get to WOT my shift light's blinking and I need to grab the next gear (again, lower gears, on the street). I think there's a good argument for doing drop gears. On the freeway at least it takes a little longer to wind the gear out and I can experience the sensation of WOT before I have to shift. You're always watching for other cars - traffic patterns around the car can be weird. Most people give you space. Then there's those who want to check the car out and will drive closer than you care for. Then there's those who are right next to you at speed and they drift into your lane because they're not watching the road - target fixation at work.

The steering wheel feels great in your hands. I haven't measured or adjusted for bumpsteer, just set it at the factory settings with no adjustments via spacers. Bumpsteer seems fine, even on some of those really messed up sections in the canyon - it was never enough to upset the car or move it off line. The car feels planted, tons of grip on 2 yr old Michelin PSS tires. The car feels pretty balanced to me, haven't felt a hint of over or understeer but I haven't pushed the car all that much in turns. I'm pretty happy with my DIY alignment; I can take my hands off the wheel on the street and freeway and the car tracks straight.

I was initially worried about steering feel; super heavy when making parking lot maneuvers, then it starts to get real light at low speed, say
Last edited: Oct 18, 2018

Supporter
Thanks and great write up Cam. Sounds like the SLC is a rather unique driving experience and more importantly it’s very enjoyable to drive. Glad to see you are just really enjoying it. I am so looking forward to getting started with my Build.
C

Weird ... my post above got cut off so I'll paste the rest of it here - hah, I figured it out - I was using a bad symbol the web code didn't like:

I was initially worried about steering feel; super heavy when making parking lot maneuvers, then it starts to get real light at low speed, say less than 30mph. Once speeds pick back up the steering starts to get heavy again - I like that feeling when I'm at speed and in turns.

I'm not really qualified to talk about the finer points of suspension feedback and vehicle dynamics - it's been almost 10 years since I was last on a race track, and that was on 2 wheels; but from a guy who likes making vehicles turn, the SLC does it with aplomb. Power is a wholly different topic of discussion and will vary greatly on perspective. You can see I haven't daily driven many high HP cars but I think the LS3 525 is a pretty ideal engine choice for a street focused SLC.

Supporter
Where did you start off with your brake balance bar settings Cam? Have you played with it?
C

I set it at full front initially. Now that the rears are better sorted I moved it to about halfway. I *think* I’m getting rears on edge of lockup and fronts still have margin in that position so I moved it more towards front. Probably 2/3 or 3/4 towards front now. Haven’t tried to do an emergency lockup yet because I don’t want to risk flat spotting but it feels pretty good right now.

I’m on the fence for the masters ... my rear master has a very slight weep on the input shaft side so I plan to replace it. Haven’t decided if I’m going to replace it with the same master or go smaller to get higher pressures all around (swap my current front for rear). I like the pedal throw now and effort has been fine for street driving. Guys who track and expect some fading might want to trade throw and feel for higher pressures. I don’t like throw and I noticed during my last canyon drive that I had to pump the brakes once to get a good pedal - road was so sloppy I think my front pads got knocked all the way back on one section. This would be more pronounced with smaller masters.

It’s very trippy driving the SLC then getting into a power braked car - the brakes feel so overboosted and you lose a lot of sensitivity. I can drive my daily with one hand, other holding a soda, and slouched in my seat fully relaxed doing 90 - you just can’t do that in the SLC.
You must log in or register to reply here.
Share:
Facebook Twitter Reddit Pinterest Tumblr WhatsApp Email Link
Top