Australia, Land of the Giants

Staff member
Admin
Lifetime Supporter
Amazing stuff there Leon!
I can only imagine the headache of reversing one of those!
L

Big-Foot said:
I can only imagine the headache of reversing one of those!
Click to expand...

'Have to wonder whether or not that ever actually happens.
My bet is it never does...not very far (as in just a few feet) or to any degree of actual precision whatsoever anyway!
Can you say, "jackknife city"..."Fantasyland"..."Here - hold my beer and watch THIS!" ?! ;-)

leonmac said:
Unfortunately I'm old enough to remember when those rigs were King Of the road. SAR KW are rare in NZ only a few collecters have them now and the DCF 400 International was the mainstay of big rigs in the early 70s on NZ roads. I'm guessing that both those trucks had 71 Detroits in them, the DCF would have the 8V71 and the SAR probably a 6V92 they came with CATs and CUMMINS as well. Back then 350HP was BIG grunt now 600hp is the norm and the EURO trucks are up to 750/780HP. My Dad who turned 90 last month was a Logging Contractor most of his life (he only stopped working 3 yrs ago) and I used to ride around in the truck all day every Day during school holidays from the early 60s, when I was at Highschool I worked in the bush for him, he had a Felling Crew as well as a small sawmill. Great days. Now you can't take kids in trucks and I believe this is a big reason for the worldwide driver shortage, that and the fact you can't get a 19yr old to get out of bed at 3am and work 15hrs a day but that talk is for another time. Love the old photos more of them please and lets see where this thread can go. Cheers Leon
Click to expand...

From memory, which is dangerous. The TransStar had a high 200 / low 300 HP CUMMINS and the SAR had a 350HP CUMMINS.
I remember helping (read getting in the way) with a top end engine rebuild and the turbo was nearly bigger than me…
Loved those days doing trips out bush with him on school holidays.
Before the TransStar and then the SAR (last truck) he had a Volvo for a short period and his brother had the Mack. 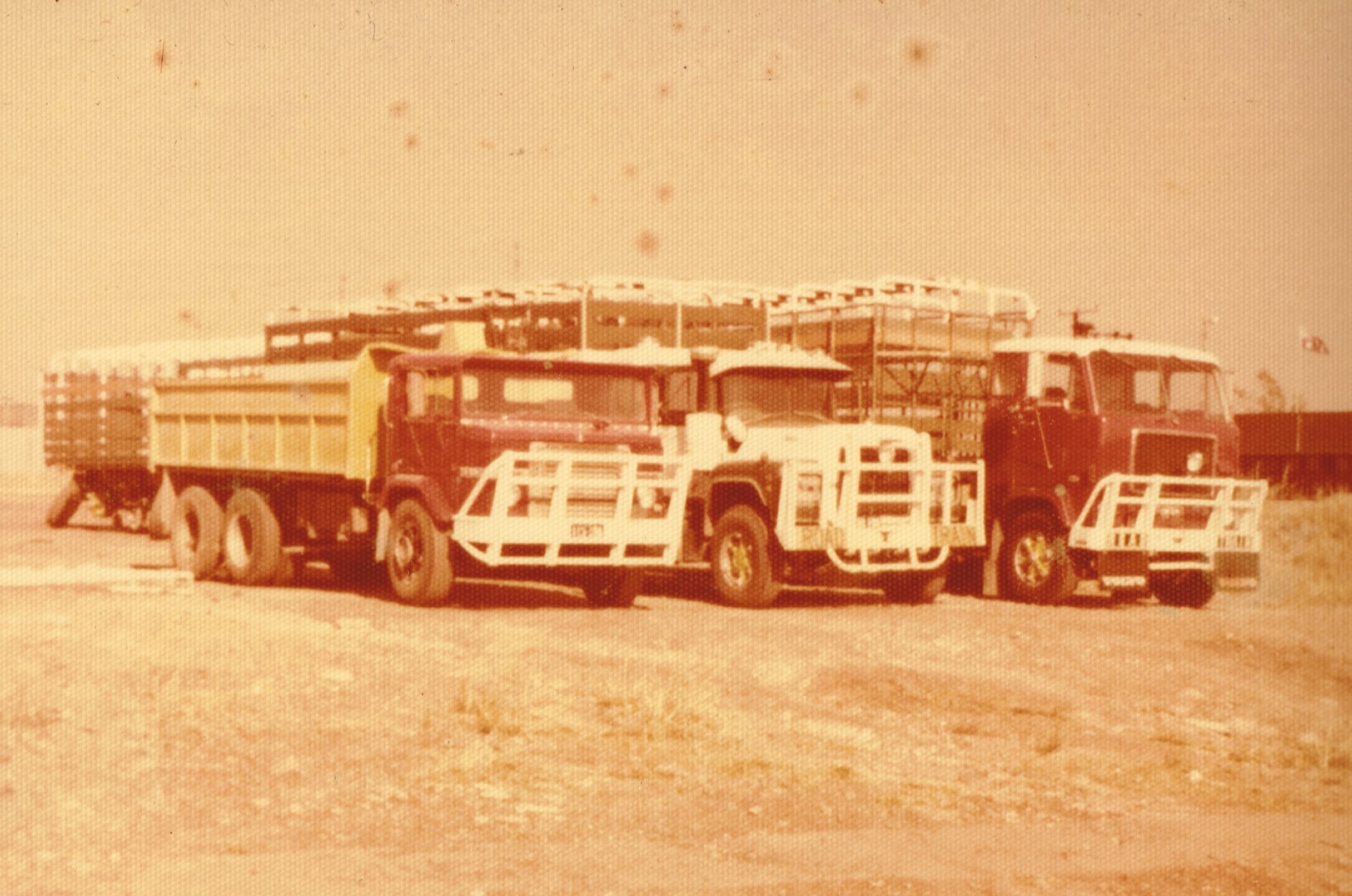 The Old "Butter Box" ACCOs they were very popular over here, the Australian Army had 4x4 and 6x6 versions in the 60s that were built in Australia especially for them and they also sold them to the RNZArmy. They did service in Vietnam and out performed the American trucks of the time. I read a big article about them and how impressed the US army was with them. I'm actually looking for a 6x6 model to restore and make into a camper truck so if any of you Aussie's have one in the back paddock let me know.

As for backing you are wright, we never have to back them any distance but you will get about 15m before they start to have a mind of their own. If you get into a situation you have to break the whole train up and that is a nightmare on its own. This is the main reason for "Side Tipping"

Its unusual for the DCF/ Transtar to have had a Cummins, maybe not here but in NZ they were all 320hp 8V71 Detroit powered, there's nothing sound's like a 2 stroke "Jimmy" in full song. I had 4 Kenworths, the first was a 475HP 8V92TA, the next was a Series 60 420 HP, then another Series 60 at 470HP all Detroits. Then my first and only CAT a C12 410HP. I then bought an International 9900I with a 600HP Cummins "Signiture" I loved that truck, 850,000 km without a spanner on it. When I get home I will download Photo's of my trucks, they aren't Aussie Giants but they are still cool trucks.