Supporter
During my search for parts for my GT40P/1000 reconstruction, I brought among other original GT parts, some Gt40 prototype wire wheels from a former Comstock team member. I was offered 4 Boranni painted wire wheels which he claimed came from either GT/103 or GT/104.
This is what the seller wrote to me:


“ When I got them from Max Balchowski in Max's North Hollywood's CA. the shop I did not recall Max racing a Ford GT 40. I thought these may have come from the first Ford GT40s that I had seen raced in Nassau when we were racing the Ferrari 250.
Henry Ford II did not like the way the cars had been prepared including the wrong lower horsepower small block Ford engines. Ford had those 2 cars flown directly to Carroll Shelby's shop in LA, CA near Balchowaski's shop.
Shelby tried lots of changes including the engines and wheels. I thought these might be those wheels.
No proof though.”
“But as luck would have it, I have been around these wheels from the first time they were raced in Nassau to what I have always believed was the only 2 other places they ever were. On the car when it arrived at Shelby's shop in LA California, at Max Balchowsky's shop in North Hollywood, California, near Shelby and my home in Pennsylvania where these wheels spent most of their years. I never used them on my Bizzarrini because the wheels would fit but the tires that came on the wheels would not fit, so the wheels were never used since being taken off the car over 50 years ago and given the following history are not likely to have ever been on any other car”.

The RW numbers on these wheels are RW3860 and RW3861 and they are 6½ and 8 inches wide. Elsewhere on this forum, I have seen that this type of Borrani has also been used on other Ford GT prototypes.
I enclose a picture of my GT with this set of wheels on the Car.
I have asked Mess. Borrani about these RW numbers and in their records they are just listed as an experimental wheel with no reference to the Gt40 program.
I also enclose a picture one of the Nassau cars and another picture I think is from Riverside testing, where the pattern and location of wires in the wheels are different than the later (chromed ) wire wheels.
I think most of the original prototype wire have lost and replaced with the production wire wheels and lost forever. Can anyone of the members shed some more light on this issue? 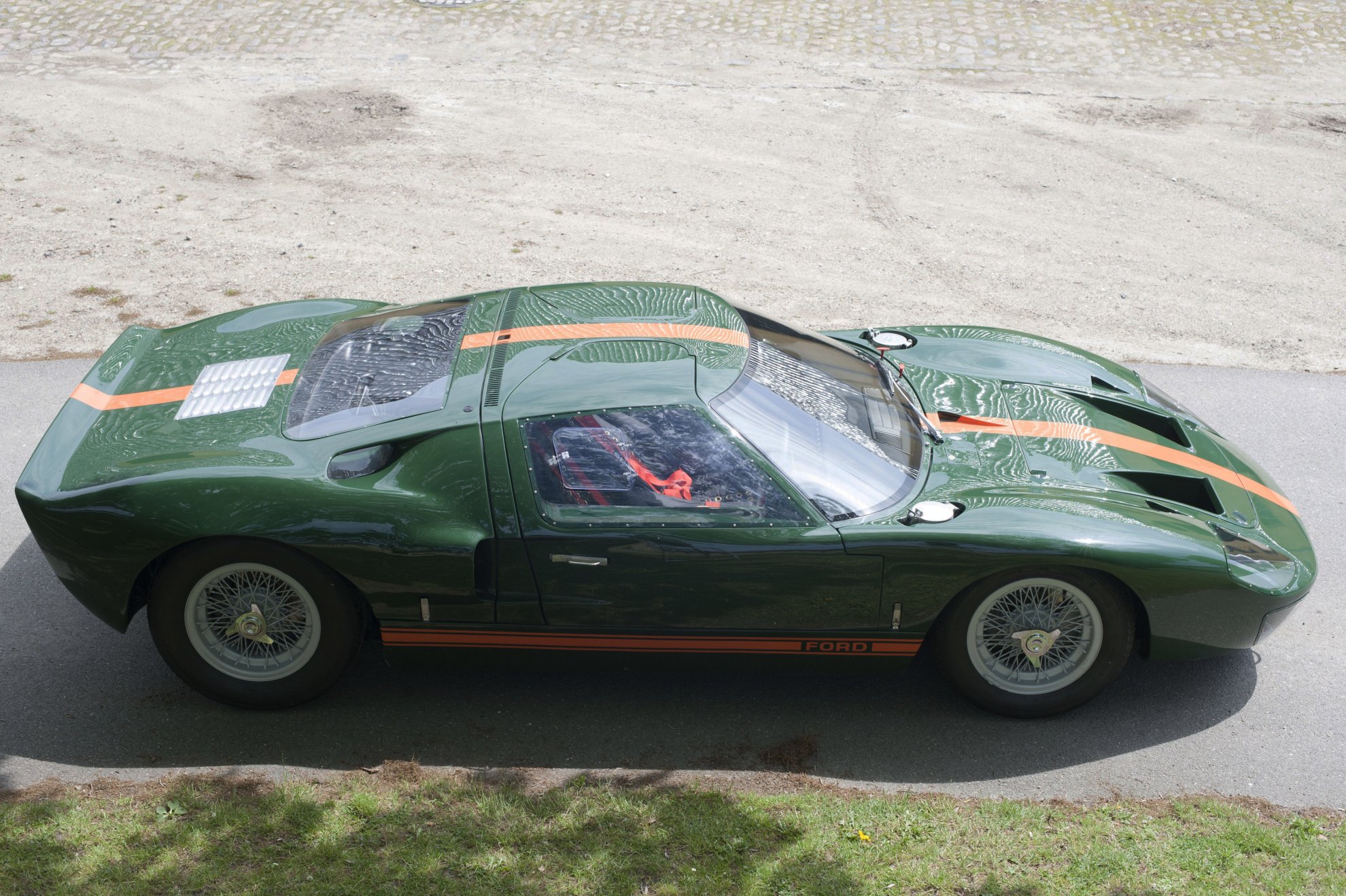 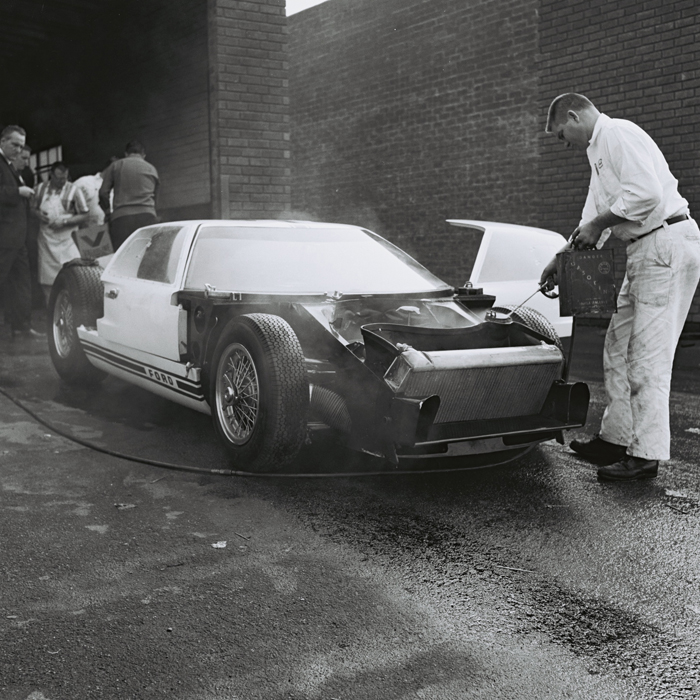 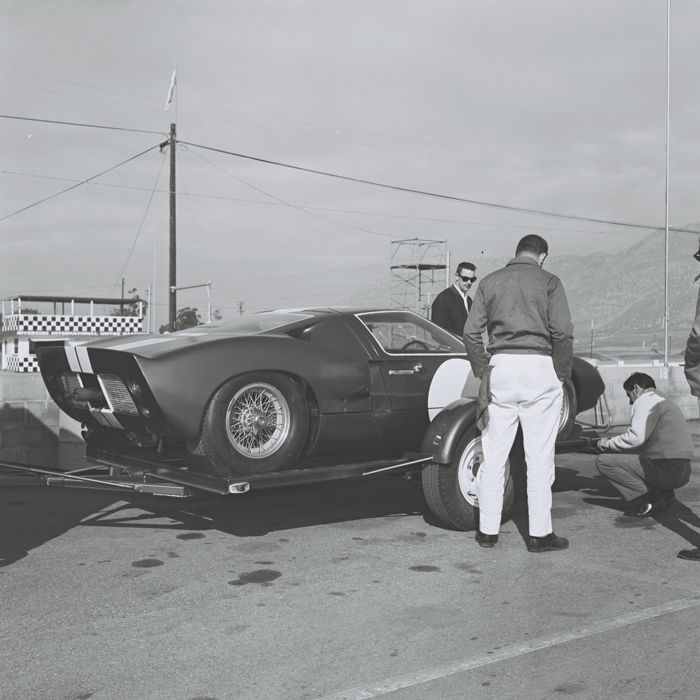 These are the correct pattern Borrani's as used on the early GT40s and prototypes. The later ones weren't chrome plated, they were also painted but the aluminium rim was polished. There are a few sets still around, I have seen them offered for sale in the past but admittedly not recently. They do look nice on your car.