I'm always being asked by friends, "How many GT40 are there in Aus?" so I decided to find out.
Would anyone know roughly how many MK1 there are in Aus?
Would anyone know how many MKII there are?
As I have a MKII, when I purchesed it from RF, Robert told me that it's the second MKII apart from the black one that RF owened for a while. With what happened, it's hard to seperate the fact from fiction from RL's words.
This would help so I don't have to pull figures out of thin air to tell friends numbers. Anything would help.

16 in Perth that I know of in various states of completion. These are a mix of RF and DRB's - all Mk1's.

Apparently there are a couple of CAV's arrived recently as well but the owners are unknown.
B

Thanks Ricky, thats 16 for WA, how about the other states?

Supporter
Only know of 2 RF’s in Darwin at the moment, both under construction.
Heard there was a DRB on its way, don’t know who’s though.
Regards

Someone posted their car as DRB chassis # 83.
I would be surprised if more than half of DRB's production was exported.
No idea how many RF actually made.

Admin
RF produced up to like chassis #104 (give or take a couple) or so before things went to SA and down the drain. They did not start a new line of numbers for each continent, so no more than about 104 cars were made - I think.

I remember from discussions with Robert that some serial numbers were not produced, or saw the light of day - #1, #13, etc. and a few others.

I don't know how many went to the US but you can be sure it was at least 20 or so, thereabouts. Less than half of those are driving around I think though.

I don't know what the new RF company is doing or if they are producing cars, nor where the number would start if they did. I'm told nobody has heard from them in awhile, although I'm certainly not plugged into to current happenings with the company.

I own #134 (which as far as I can tell was the last chassis built by RF), #133 I believe is headed to Tasmania and being built in Melbourne by a previous engeneer who worked for RF in the past. There is another RF with a 4.6L headed to Geelong Vic, but not sure of chassis #. Then there is Tims #95 (The first 4.6L).
There is also a full race RF (which is being finished of here in Sydney) but about 6 months away from completion. Not sure of #.
I know of 2 DRB Gt40 here in Sydney, but sure there to be more.

Admin
Bob, that is good info to know. The SA chassis numbers were basically somewhere around 108 through around 128-130 and none of those saw the light of day that I am aware of.

2 cars escaped sa to the uk #118 and #119 ,many parts were missing or incorrectly made. 118 nears paint then final build,engine installed,cross over exhaust made and installed,lt hand loom altered and fitted to rt hand drive(went in well) hope to have 342 running before xmas,however house move has greatly slowwed progress.
B

My best guess would be approx 90 MK1's and 2 MKII's here in Aus. Can anyone eleborate?

GT40s Supporter
At some recent BBQ's that had been held around RF GT40 owners either with completed or partially completed cars in or around the Melbourne - Victoria region, there were at least 8 cars present that were registered and road going / racing, at least 8 cars that are within 1 to 2 months of completion and another 5-6 cars that are actively being constructed but still have a considerable way to go.
This accounts for around 23 RF cars involved/invited to recent bbq's, however there many more that I don't know about, people that are not active on the forum or wish to enjoy their car on their own. There are a couple of cars in Tasmania, more than 4 that I know of in NSW plus the ones mentioned earlier.

Supporter
Hi Bob
With reference to Mk2’s, a mate took these pictures of one being built many years ago.
Sorry I don’t have any more info than that, looks to have a 385 series big block fitted though ??
Regards

In and around Sydney I know of (including mine): 7 RFs and 4 DRBs.

Clayton: Thanks for sharing those photos, the chassis on the MKII seems to be a home made job? as I haven't seen anything like it.I wonder if this car is registered now?

Kym: Thanks for sharing that info, looks like we're getting closer to getting a rough idea of the # of GT$)'s in Aus.
How about a reply from QLD?

This is an interesting and useful thread. Perhaps an Australian register could be compiled and sit on the forum, with people adding to it as new information arrives. Would be a handy reference, even if some owners prefer to remain anonymous.

I have RF77 (about half completed) in South Australia. There are at least 3 registered RFs in this state and a number of others being built. I only know of 1 DRB which was almost complete last time I saw it and should be registered by now.
B

Hi Im Bob Mortimer, from NSW. I know of one in Sydney that was built in NZ, there are four Superformances including mine. One is being raced Two are registered I'm still trying to get mine dune just cannot get the noise to 90 db, Also i have seen one in Bowral but not sure what make. I sold a Tornado I bought to Australia to a guy in Coffs Harbour a couple of years ago.
Hope this helps 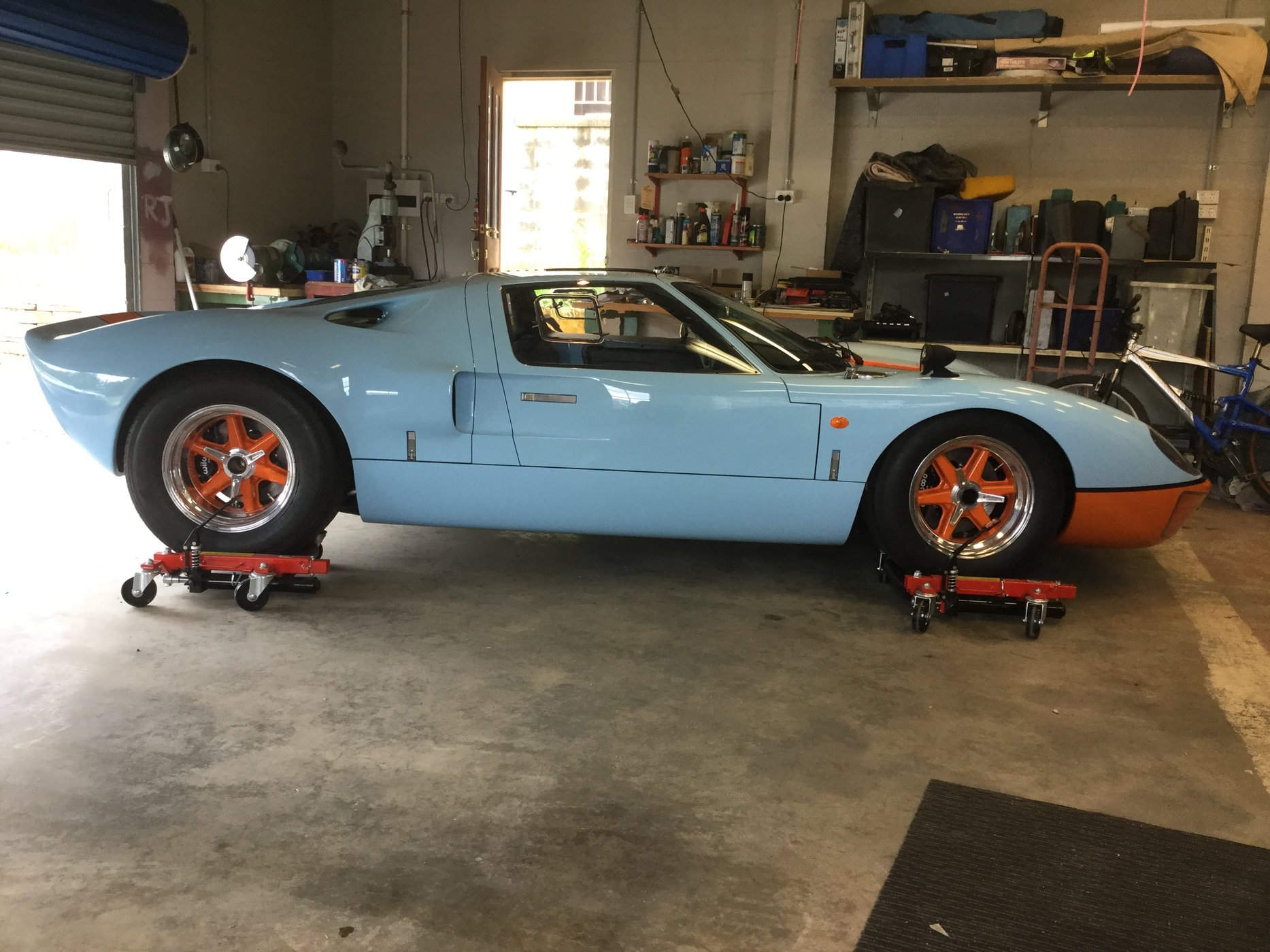 Bob Mortimer said:
there are four Superformances including mine. One is being raced Two are registered I'm still trying to get mine dune just cannot get the noise to 90 db
Click to expand...