Supporter
This GTD 40 was ordered as a specific project by the previous owner and hand built to the highest specifications. The project was commenced in 1996 and the car was assembled under the direct supervision of Ray Christopher, managing director of the company and designer of the GTD 40. The plan was to build the car around a full-race engine and the rest of the specification reflected that, with proper GT 40 seats, dashboard and trim with authentic rims and asymmetric 'P-Zero' tyres. Twin petrol tanks with separate fillers are situated in the door sills of the car and the engine bay features twin petrol pumps. The cockpit has two level air-conditioning and the vehicle is fitted with uprated cooling fans to counteract engine heating. More recently, the braking system has been uprated and a strengthened Renault gearbox added to handle the higher levels of torque produced by the Windsor 351 tuned engine. Work was carried out by Southern GT who now hold the license to service GTD 40 cars.

The engine itself is a highly tuned and modified Ford Windsor 351 engine. The engine was built and assembled by Charles Deberry, renowned engine tuner and engineer in Connecticut, USA. Deberry specialised in preparing engines for the NASCAR series with engines up to 400 cu in (6.4 litres). The engine block (code number 371/38182585) is a Windsor 351, stroked and bored to 390 cu in., heat treated and normalised, machined and blueprinted and finally x-rayed. The pistons are TRW forged 11.5 to 1 compression under high-performance hemispherical custom Allan Root heads. The valves are Ford Motor Sport stainless steel waisted 1.95 inlet, 1.65 exhaust while the valve springs are Barnes dual. The retainers are Isky chrome moly and the collets and keepers are from Manley Competition. The crankshaft is Ford Custom, nitrided, micro polished and filleted and the flywheel is a custom competition steel component. There is a separate baffled oil sump. Rotating and reciprocating masses have all been balanced. The engine was then run on a Dyno indicating around 480 bhp, and then imported to the UK. A Holley carburettor was added and the engine mounted in the completed GTD 40 chassis. The engine has considerable potential to produce a higher output but remains at approximately 480 bhp for sensible road and occasional track use.

This GTD 40 was commissioned by and used by the previous owner for the 19 years since its completion in 1997.

Since my purchase of this GTD 40 the car has been to Southern GT for their rear chassis conversion to correct the rear suspension geometry and lower the gearbox. A new ‘bundle of snakes’ exhaust system was fitted along with a deep vent front Nostril Panel.

This is an opportunity to acquire a factory car built to industry standard under the supervision of Ray Christopher.

The car Is painted in Metallic Gunmetal Grey with Gulf style stripes in Midnight Blue with silver edging.

The current Registration SPR 40D will stay with the car. 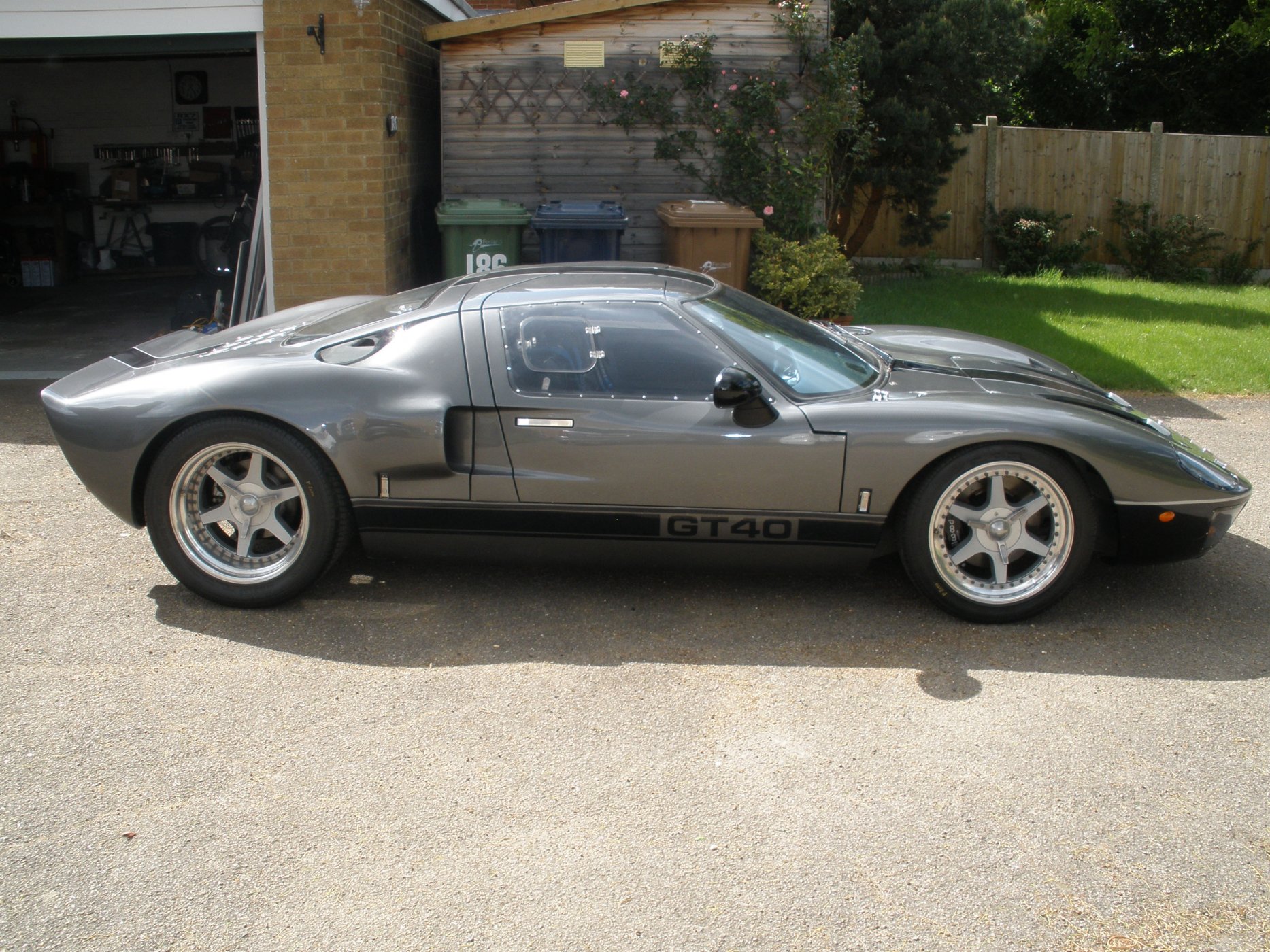 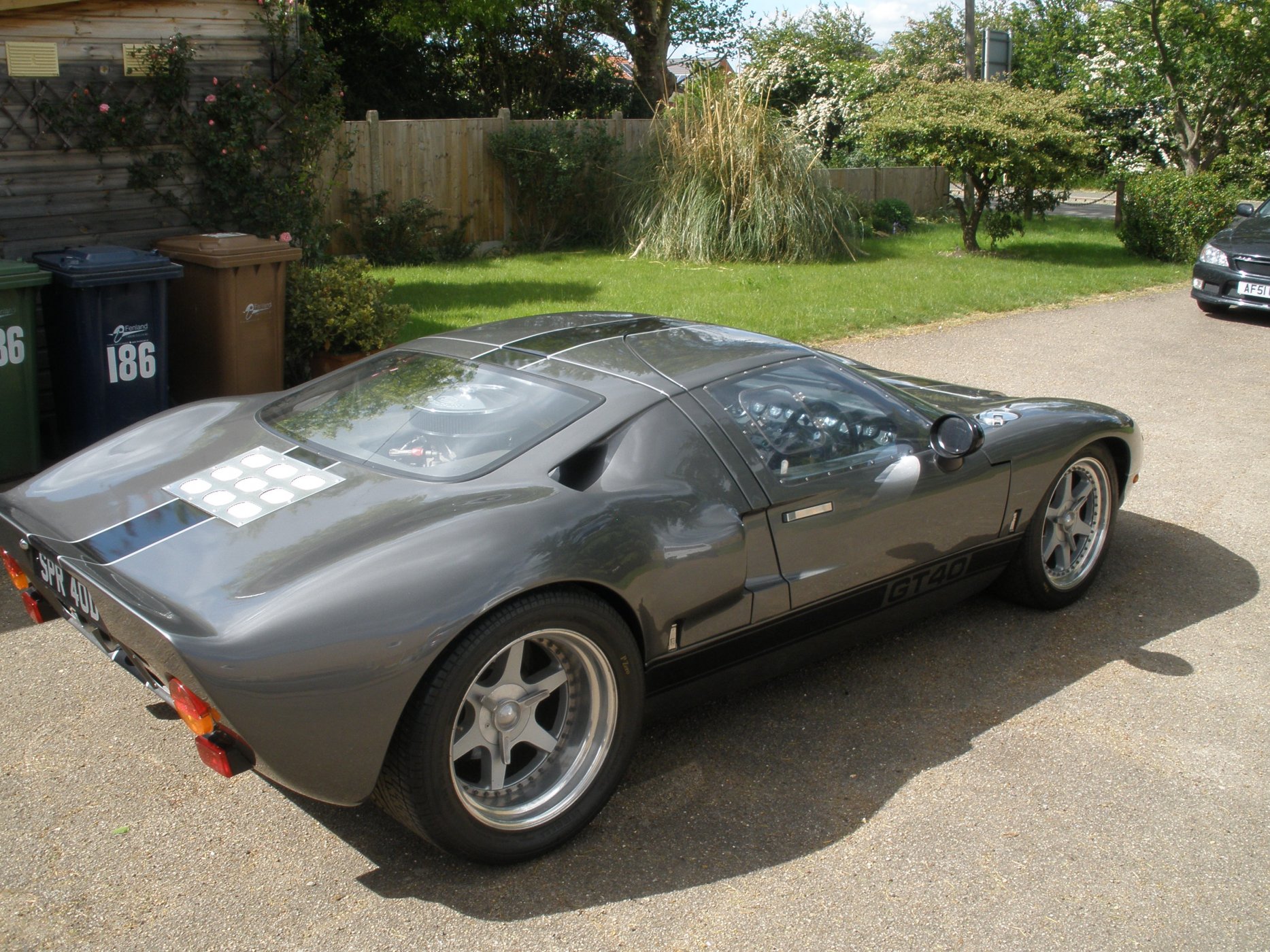 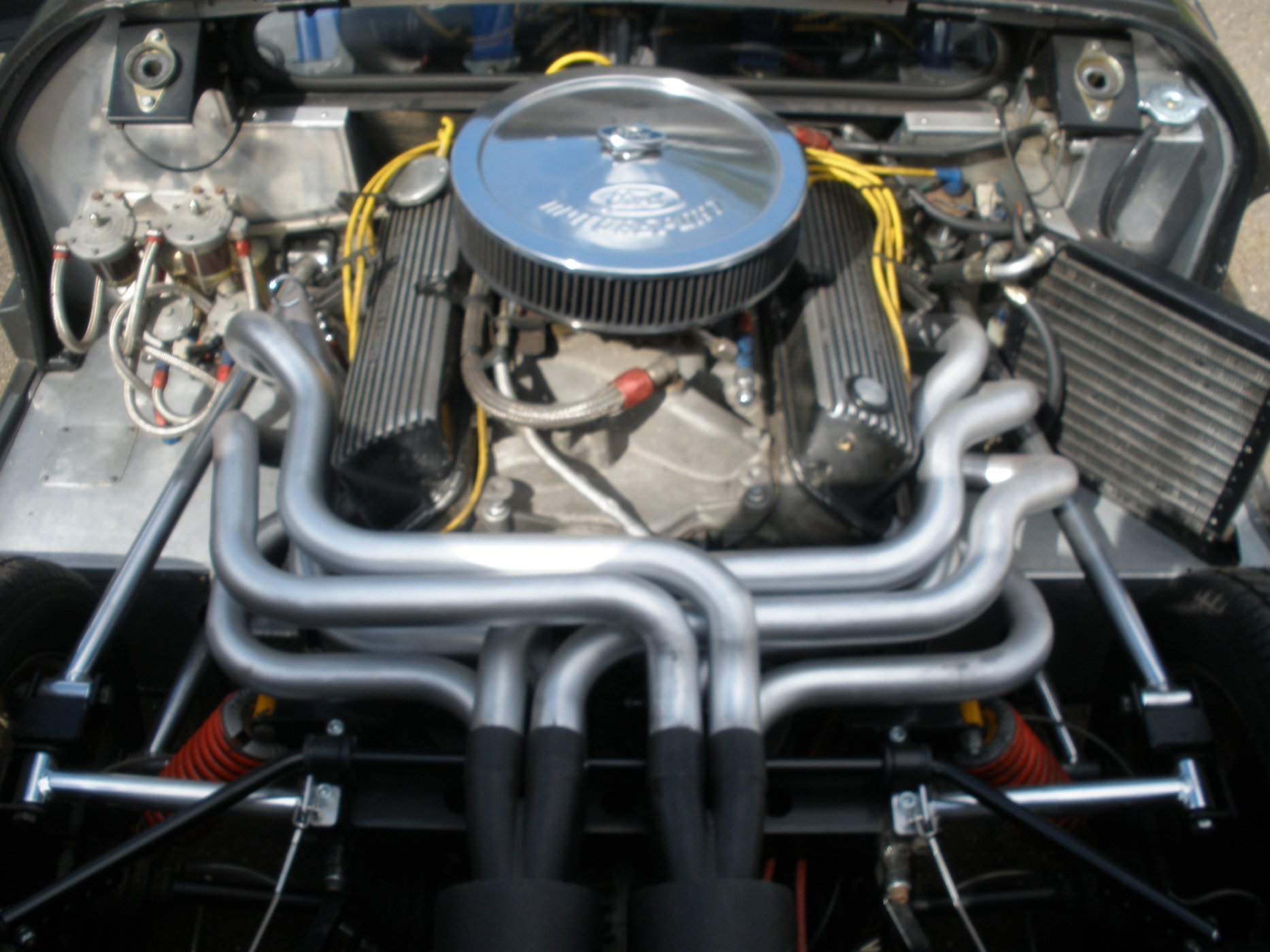 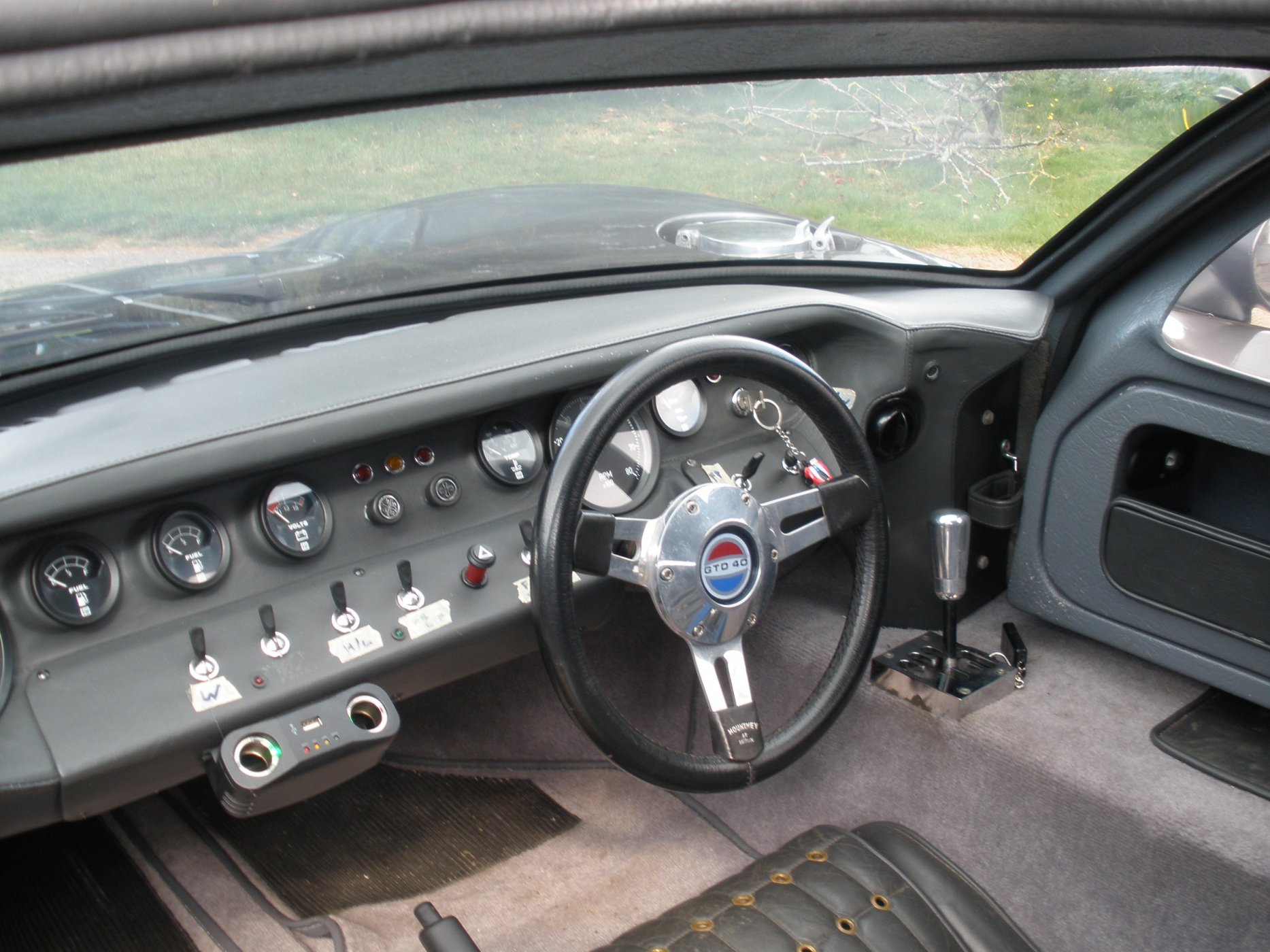 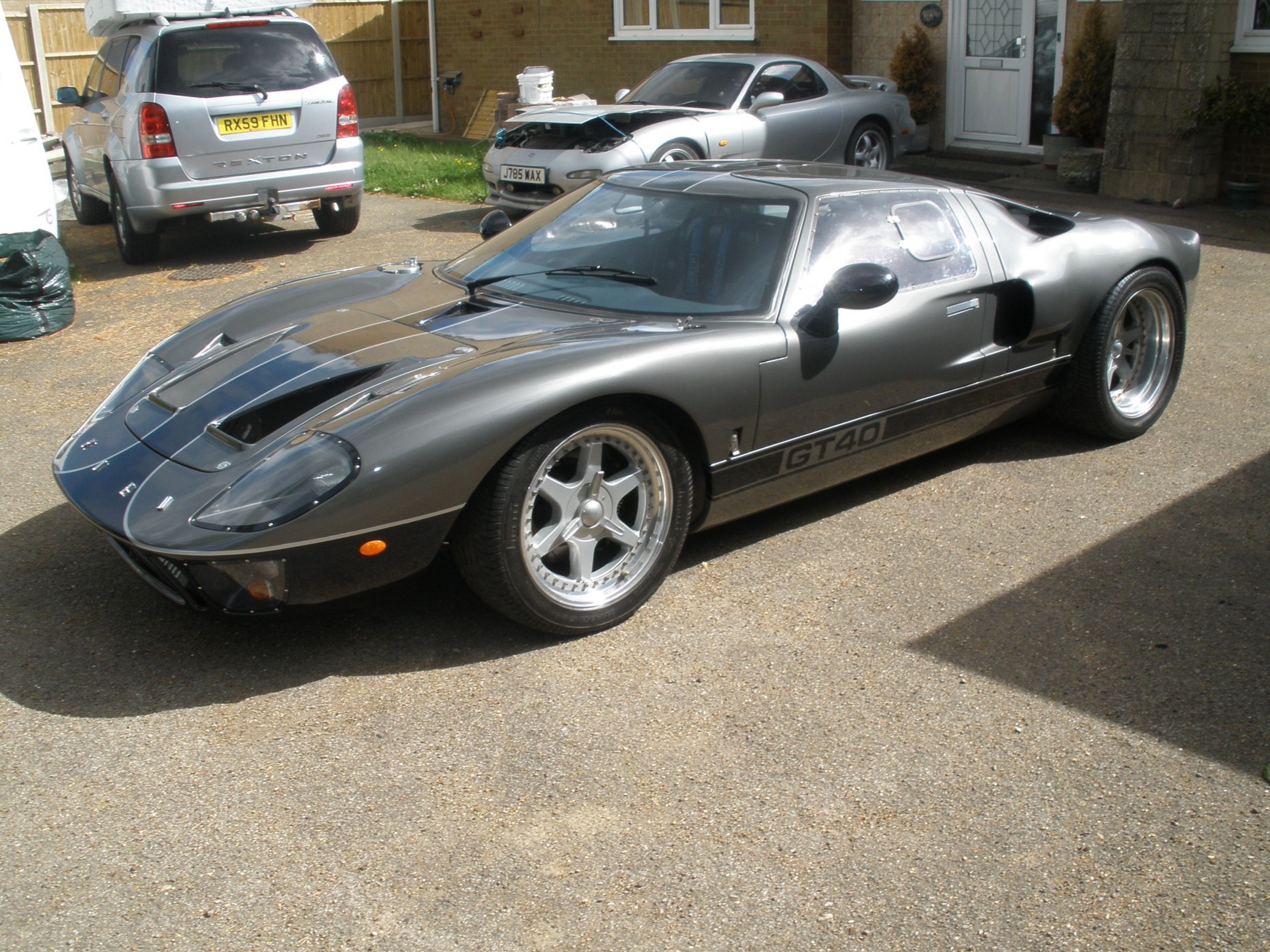 Dang, that sounds like good value. 6,000 miles over 20+ years - the things still new. Good luck, but I can't imagine this will last long.
I

Hello, a driving video would be of immense interest if possible.
Thanks
Ken
S

ikieo said:
Hello, a driving video would be of immense interest if possible.
Thanks
Ken
Click to expand...

Hi Ken
Car is SORN at the moment.
Could do a video walk around with engine running if you are interested or you could just come and view the car.
I have many more pics I can email you.
i am near Peterborough so pretty much in the middle of the country.
Steve
C

Hi Steve. I’m new to this forum and potentially looking to purchase a GT 40 replica this year. Your car looks great but how do I contact you? I can’t seem to see a number or contact details on the advert. Thanks Chris (Woburn , Bedfordshire)
S

Chris,
send Steve a PM (personal message) via the forum. You can then exchange details.
Simon
D

Wow beautiful car! And I love the Rx7 in the background, I have one of those too!
S

Christoff said:
Hi Steve. I’m new to this forum and potentially looking to purchase a GT 40 replica this year. Your car looks great but how do I contact you? I can’t seem to see a number or contact details on the advert. Thanks Chris (Woburn , Bedfordshire)
Click to expand...

Hi Chris
Send me a PM.
The car is advertised on Cars and Classics.
Regards St
eve
S

Supporter
Hi
This is a link to a 2 minute video of the GTD40.
Sorry link does not work.
Will try to repost.

Supporter
Hi
link to short video of GTD 40 for sale.