Andy318is said:
Working pretty much every evening for between 1.5 to 2 hours progress was all in the right direction in terms of the dry build. I got the spider correctly aligned and bolted into position which then allowed me to make the final side panels for the interior rear bulkhead

I've carried out a HUGE amount of work to the engine side rear bulkhead panels but have no photos, you can see all of the work documented in the videos on my YouTube channel.

Anyway carrying on with things I can show you.....after I'd got the inner arches panelled I though why stop there?? Why not panel the inside face too and hide as many things as possible, afterall I had to remake all of the other panels so may as well go all out.

So all of the existing brake lines, servos, wiring, horn... you name it, it got turfed out of the way to then let me make what the below photo shows, I'd decided early on in this now rebuild that I wanted to do away with the servo assisted system and run a pedalbox, which I picked up from SouthernGT, after a little more head scratching I've found a nice way of mounting the Southern box into the Tornado chassis

So here are the results..... you'll see the new main access top panel with the bead rolled edge waiting to be cut out for the flush fitting top panel.

A huge amount of work has progress since the taking of these photos - new brake & clutch lines run, the fuel system revised and modified to be tucked away under the panelling, for that work you'll have to check out my videos are I have zero photos.

And now bringing you to to where I stand as of today, the dry build of the chassis is 95% there I'd say, if the car has fluids and the loom plugged back in (excluding bolting on the suspension) the car would run. I've moved onto the bodywork and knocking that into shape, first jobs were to get the fuel fill cap surrounds on the front cap pulled in around the caps and also deepen the front nostrils to help with cooling now I've panelled out the front.

I hope you've enjoyed this whistle stop tour of what's been happening, as mentioned a few times I've a channel dedicated to the rebuild of this on YouTube - RatchetGT40 if you'd like to follow along
Click to expand...

Nice work sheet metal work Andrew! May I suggest that you install a few AN321 or similar “Aerodynamic drain grommets “, on the aft section of the floor pan aft of the radiator? These will allow water to drain in that area now that it is closed up. 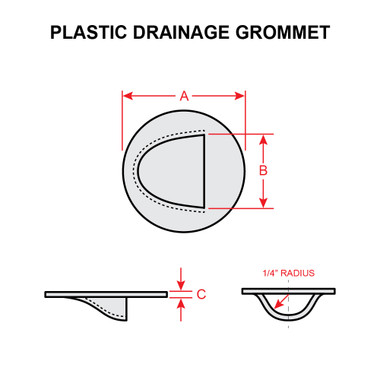 At Univair, we’re experts at salvaging and rehabilitating classic planes with our vintage aircraft parts for sale. You can buy classic aircraft parts here!

Cheers Jason. Shame I'm going to be missing the Wheels on Wedneaday events, saw yours and Marks out last week

Lifetime Supporter
Love the videos Andy, dont know how I missed them all but great to watch, I must get my next episode out but as you know filming and editing makes everything 4 times longer to do...... crack on....
You must log in or register to reply here.
Share:
Facebook Twitter Reddit Pinterest Tumblr WhatsApp Email Link
Top