Supporter
I was at Santa Pod European Top Fuel Finals yesterday with my son and grandson. We watched the last ever run by the amazing Eric Teboul on his rocket bike. He had been very fast the day before but ran out of fuel before the line so he he put a few more more litres in and did this record run before retiring from rocket drag bikes.
A pic of my grandson Cillian (L) next to Eric after his record breaking run 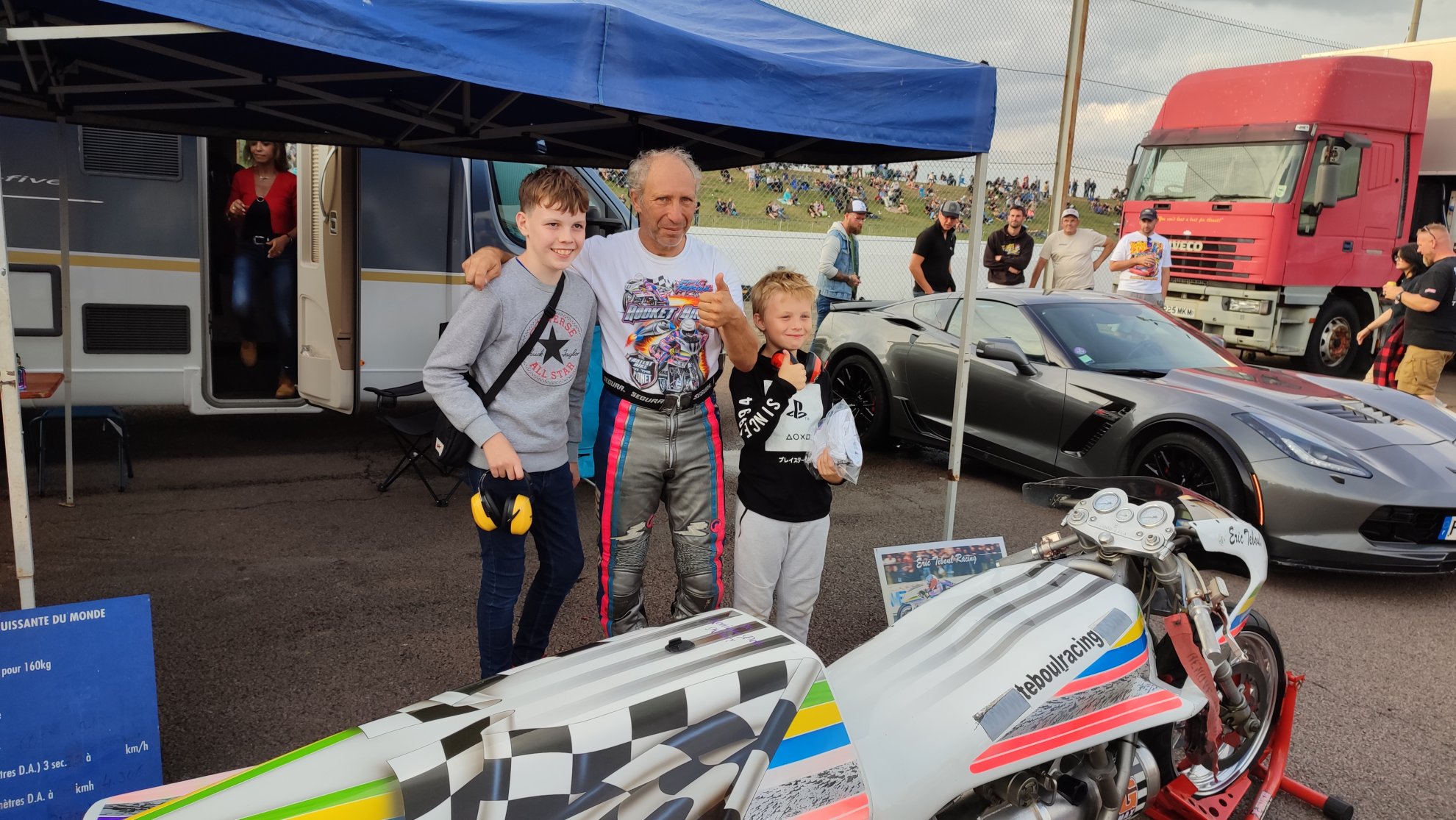 Pic of the rocket bike - imagine braking from 290mph! 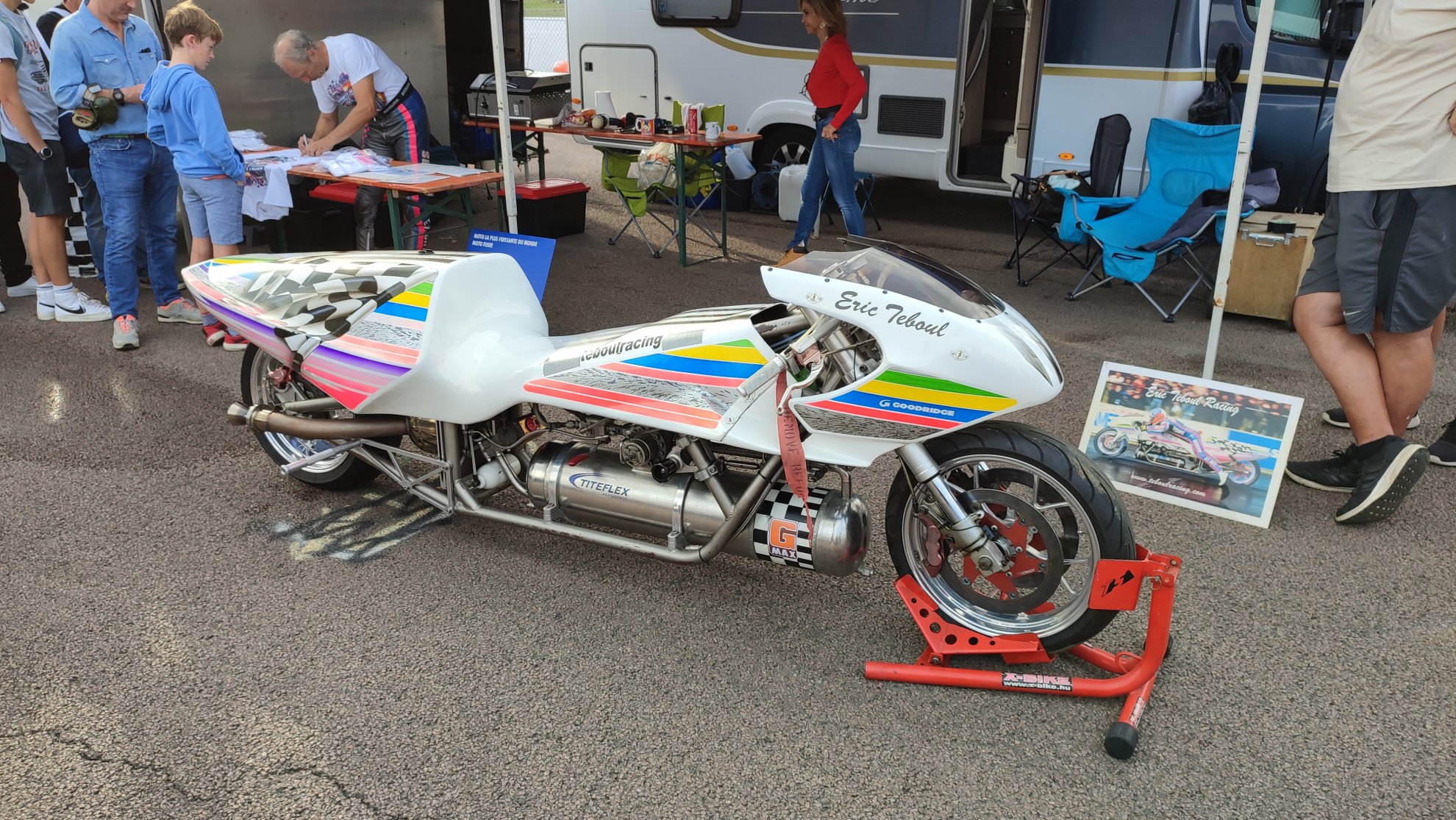 Supporter
wow, that is moving. I can't imagine the feeling of acceleration
J

Ive seen him many times at Santapod during our short trips from the Netherlands.
Yesterdag we where lucky to see his retirement pass on the webcam.
Eric had true balls, made his own rocket fuel, and drove 480kph all or nothing on two wheels yesterday. Rocketfuel is all or nothing, no throttle to controll speed.

I remember him in the early days at Santapod when he added to much of that stuff ending up after crossing some crossroads somewhere in a farmers field as he was way way way out of runway. If that stuff ignites, it only stops when it its all gone.
He was fine anyway, but all at the Pod where worried as hell as he got out of sight nowhere to be found.
All he said that he made a calculation error on the mixture..
L

Back in 1976, I did a speedo-indicated 115 mph on my totally 'aero-less' Harley "Low Boy" and felt like I was going to be blown off the seat at any moment. My other big concern was blowing a tire at that speed - especially the front.

Aero or NO aero, I cannot IMAGINE doing darned near 300 mph on TWO WHEELS! 'Faaaaar too risky for this gutless wonder. Too many things that could go awfully wrong awfully fast to suit me...