The picture shows the bulkhead of the 1/8th scale kit from Altaya. Can someone please be so kind and provide me with info what those marked parts are and how they are supposed to look? Thank you ! 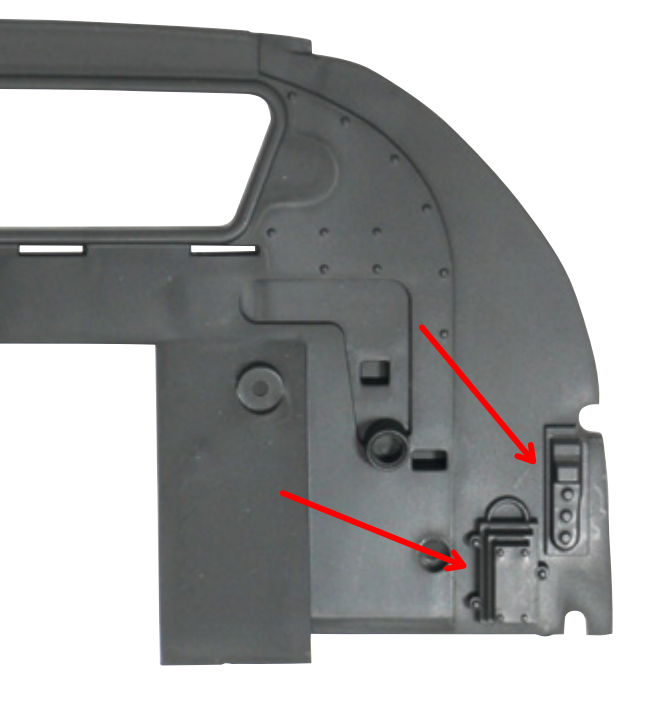 Supporter
I think the lower part is an ignition amplifier? 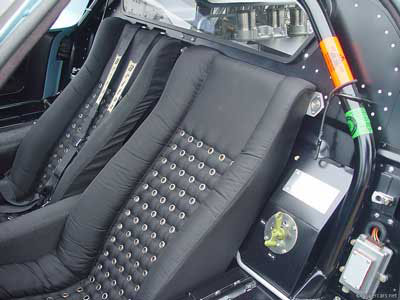 Close-up pictures of ignition amps in this thread:-

Hi, Help please , I am trying to sort out which ignition parts I need. I have the Hi Po distributor, Dual Point, I could keep it simple , coil and ballast resistor , or.... Photos of period cars show the ballast resistor , (4 wires), and some show a box similar to the Boss rev limiter or...
www.gt40s.com
2

Thank you so much, Sir ! First puzzle solved...

Lifetime Supporter
As for the second puzzle.....

What is it? Door striker plate - I Think!?
How does the correct one from 1075 looks like? I have no idea! 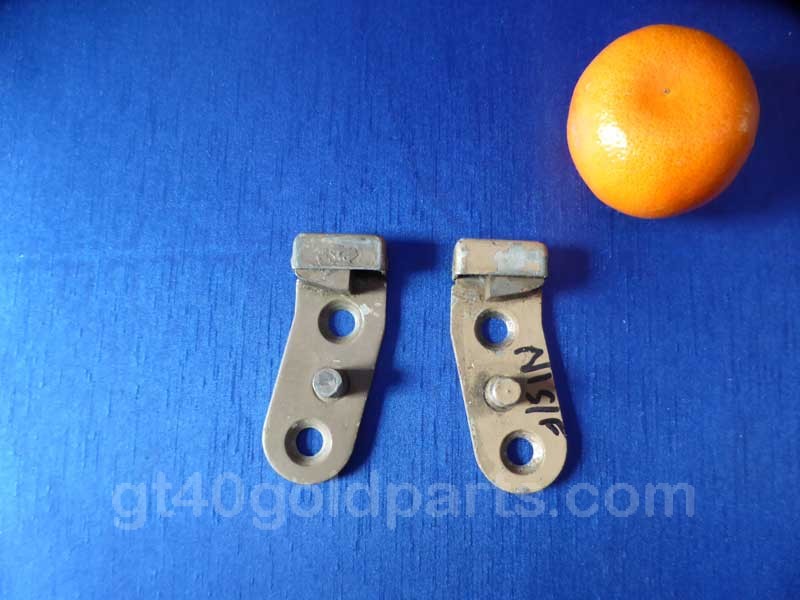 How to mount the door striker plates?

Hi, i have bought Morrison striker plates and made my own pin on the lathe to fit the locking mechanism. Now i am wondering how to utilize the springreturned wedge(no better word for it?) It doesn't seem to be able to use it for making the car "pop" the door as initially though it should be used...
www.gt40s.com

Ignition amplifier and door striker is what I thought they were at first glance.
2

Thank you, Danke and Merci . Second puzzle solved. Now I can finally reproduce those parts. Pics to follow...

I am quite a happy bunny now

I'm afraid that on 1075 the door striker plate looks different than the regular, same as for the outside door handle.....

Depending on how accurate your modell needs to be some more research could be needed......

Give it some more time here - eventually more feedback is coming.....

Thanks for the kind advise! I want to replicate as detailed as possible. I think in my younger years I got infected with the "detail" virus ...

Lifetime Supporter
Superformance is offering a "toolroom copy" of 1075:

HAS ANYONE SEEN A SPF TOOL ROOM COPY CAR ?? IF SO HOW CORRECT IS IT??? OPINIONS WELCOME WALT
www.gt40s.com

There are some great pics here:

HOWEVER, there is some discussion around that the Superformance 1075 "clone" is not accurate enough....

Here is also a source of information and detailed pics:

Sorry, no intend to confuse you
2 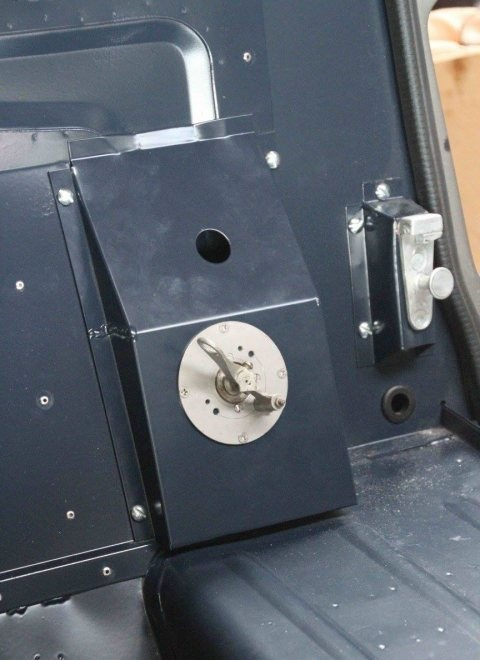 I'm afraid that on 1075 the door striker plate looks different than the regular, same as for the outside door handle.....

Depending on how accurate your modell needs to be some more research could be needed......

Give it some more time here - eventually more feedback is coming.....

Volker et Markus
The chrome latch striker on P1076 appears to made by Silent Travel.
Silent Travel strikers are typical of the wedge style as used on MG TCs but these were fitted to a fabricated box by JWA. 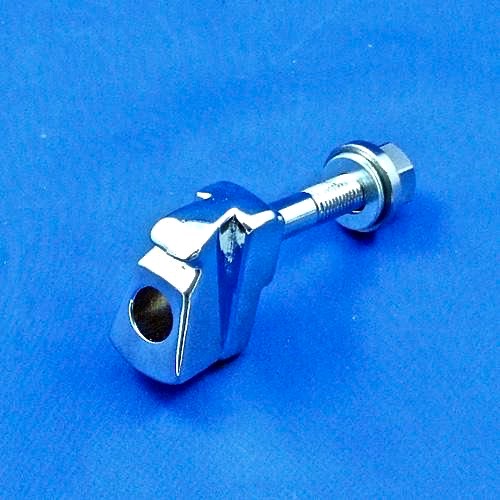 I am utterly flashed by all your kind, fast and knowledgeable responses

Lifetime Supporter
This is a better shot of P1076.

The two "odd" Rover striker parts shown above are evidently not present. I say odd because they are not the usual standard ones on most original GT40s anyhow.

The photo below shows clearly enough that JWA had dispensed with the Rover claw latch, presumably to solve the historic problem with the doors opening or lifting at speed.
The "Silent Travel" latch mechanism has a spring loaded bolt which enters the hole in the tapered striker providing a more secure lock. The loop ended lanyard tied to the roll bar is also placed over the top lever in the window frame as a keeper to prevent to bolt reversing.
The fixing bracket is joggled to fit the inner profile of the striker.

I would assume that P1075 was furnished using the same fittings by JWA.

You can also see the Silent Travel / MG latch fitted on the inside of the door skin in the top left of this photo.

I might add this refinement to my own car however I would make the striker in steel as the OEM part appears to be cast. 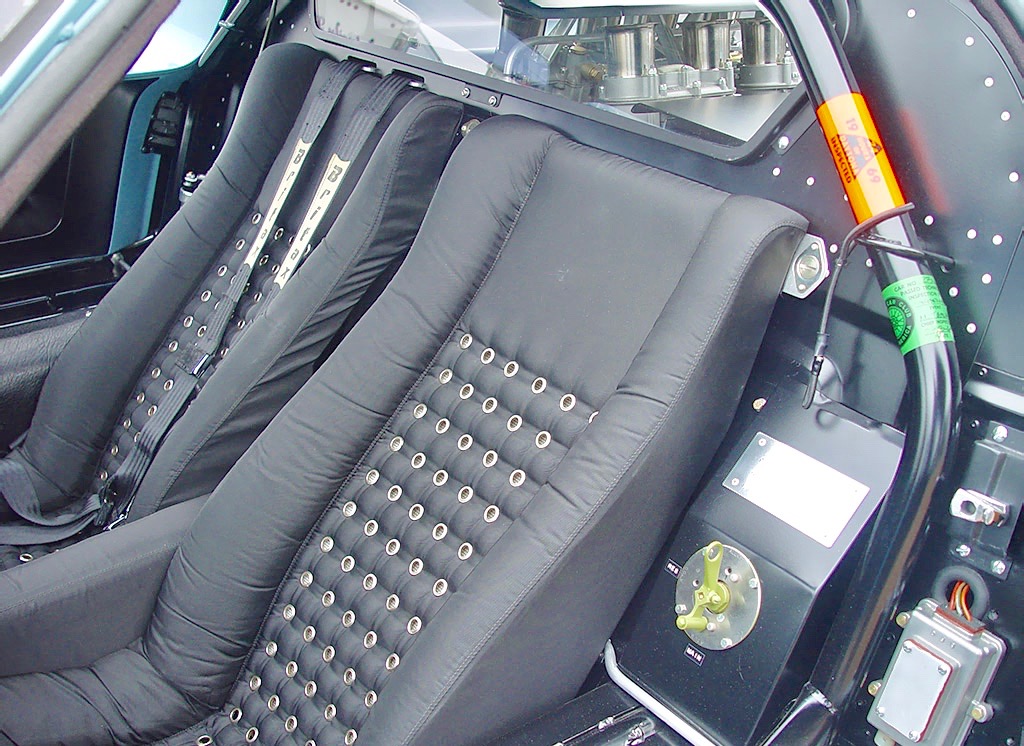