Hi to everybody, I'm a newbie.
I'm looking for the gt40 gearbox in 6-speed version.
I have been trying to contact RBT Trasmissions and HighPerformanceGear since 1 year...I know the can supply it.
Is there anyone who can help me? Is there any other supplier?
I also need some Dunlop/Girling historical brakes supplier.
I am building an Alfa Romeo replica and this gt40 gearbox has the same layout of the original Colotti gearbox used on Alfa and Pantera too.
Cheers
S

Supposedly able to be swapped with the ZF / RBT

Supposedly able to be swapped with the ZF / RBT

Thank you Ian, I talked with quaife but the have 5-speed while I need 6. Furthermore I need synchro gears too.
A

Thank you Dave, so I will try to call him.
Just knowing he is still active is a good news for me.
Cheers

Lifetime Supporter
To be honest (purely my opinion) the 6 speed doesn't offer anything you can't achieve with the 5 speed can't achieve, basically the same ratios are available and adding a tall 5th gear in the 5 speed is the same as the 6th gear, the rpm drop between gears isn't great enough to warrant 6 gears IMO. The 6 speed is also a couple inches longer.
A

I need the 6th speed because the original Colotti used on the 33 has it.
My replica should be as much as possible similar to the original one.
I was trying to rebuild a gearbox by myself using a modern one with a new case but the CP box layout of the ZF is so narrow that I cannot replicate.
Those kind of problems are the most beautiful part of my job

(in the meanwhile Lloyd has contacted me ... miracles happens sometimes )

I think the Alfa 33 and the GT40 have the same technical background because they was born (I mean the engineering idea) in the same years ...about '65 and on... (GT early engineering stage in '62 if I'm not wrong).
Furthermore Alfa Rome was involved in the USA market/races and Ford the same in Europe with LeMans ... so a cross-ocean technology transfer has been established.
Let me say that Alfa Romeo started using brake discs only when Busso (one of the top engineer in Alfa Romeo) visited customers during '61 Sebring 12h race.. and he was impressioned by the braking discs performances/superior.

I read somewhere that early Alfa uses Girling braking disks (officially used in Sebring '62 on some SZ and later on the TZ)
Do you know where I can find historical Girling catalog and supplier?
I need vented discs...I guess something similar to the GT40 '66 mk2 but I cannot find any documentation about which discs/calipers gt40 used.
Can you help me?
Cheers and thanks to everyone of you!
I

Lifetime Supporter
Probably from Girling as they are still around

nope...unfortunately I cannot find anything about the original gt40 ... the mosti "similar" application the provide is the Cortina 2300 but with solid discs.
I'm even trying to find something from ATE Classic but it seems no gt40 brakes available...
Can you please tell me which is the "official name" of gt40 I can find on part catalogs ? is it just "gt" or not?
I 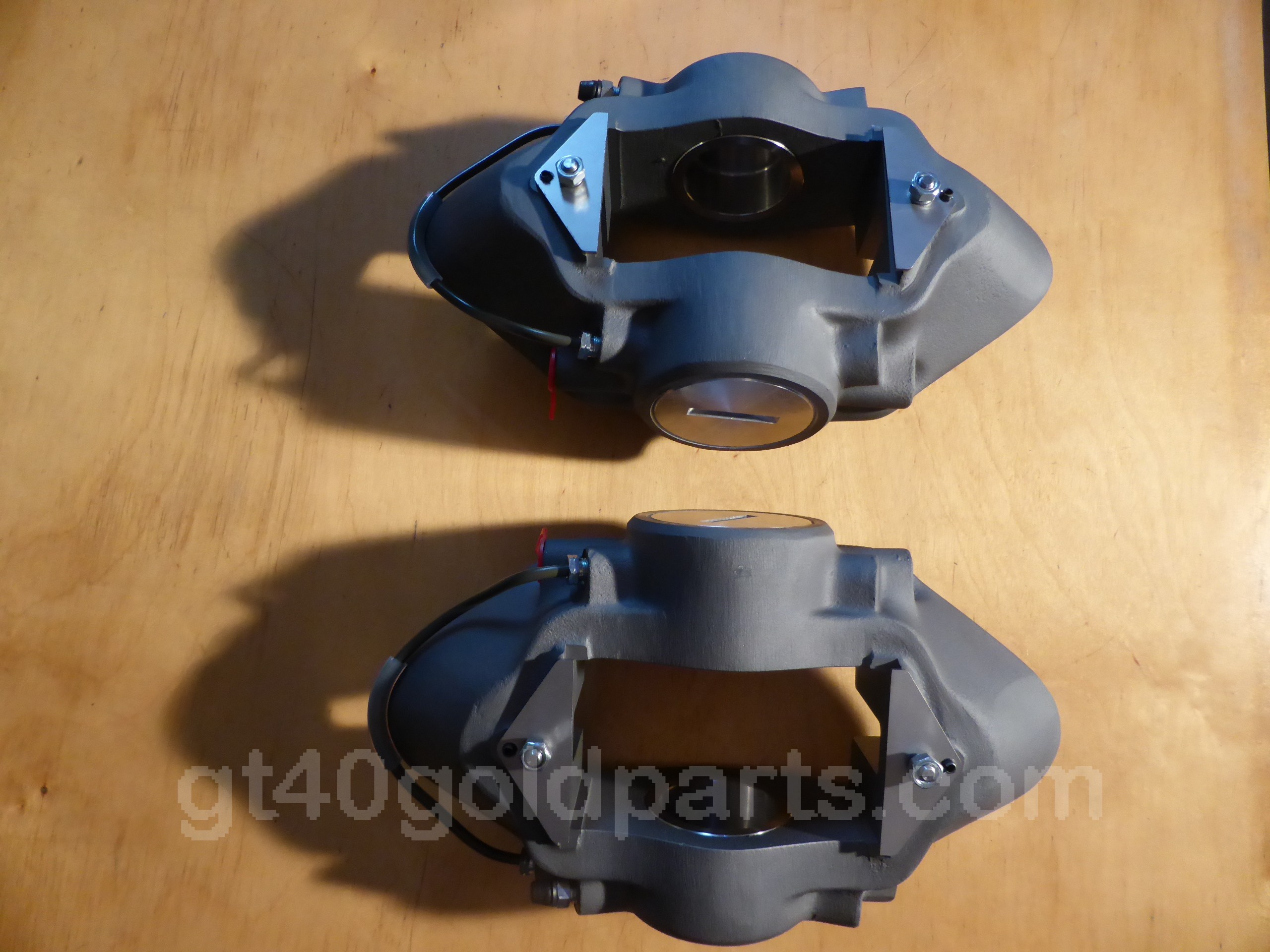 Nice!
I also read an old post which was talking about http://www.bgdevelopments.co.uk/brake-calipers/16-4.html very nice supplier thanks!
M

The caliper brakes you are looking for ( from the pic you posted some day ago) is effectivly a Race ATE brake but not at all the ones fit onto the GT40 ...... Just look at BG site and you will not find similar ones
In fact they are ATE "germany" from the 65's done( may subcontracted by Girling????) for Porsches and some few others race car ( look on the pic of a rear 908 Porsche suspension)
Those calipers where initially fit on the 911 RS and then onto the Le mans prototypes 907 and 908 ; they are now extremly rare and very very expensive ( 4 times BG calipers !!) when you find a pair on auctions
There was time ago a german Porsche shop selling some at crazy prices and they sold evry part they had !!!
The reason is ; many collectors racing with 911 porsches and updating their car to RS model had to replace the steel cast calipers by those ones
in order to get FIA papers !!!!!!
On the 911 R they where "pressofuzioni"in aluminium , on the 907 and 908 they where magnesium
Early ones where 2 pistons , then they change to 4 pistons
Some time ago some friends did a CAD drawing and have them machined from "billet" and the project failed due to the lake of accurate drawing and eventually machining !!!!! waste of time and money.....
Hope this helps
Spero che lei trova qui buone informationi e li auguro buona fortuna per il suo projeto

Hello Michel , your're very kind and "complimenti per l'italiano"
thank you very much for the info...very interesting...
I had the chance to perform some more search with those data and I confirm the crazy prices those calipers has...
Using your hints I've found this nice thread with nice view of Porsche calipers.
https://www.early911sregistry.org/forums/showthread.php?134209-FS-NOS-Girling-16-4-calipers
I was reading the ATE Classic catalogue but I still have doubt about the 911 ... is there any vented-disc 911? I guess just the turbo one since '70...

I wonder if we go out of the scope of the thread so I will stop talking about brakes here but I just would conclude my idea.

I'll make a tradeoff between the original car braking system (as I know it was quite poor) an a most performer one still saving the original/historical looking.
I think all the Porsche you are talking about could fit this.
I will look for 280x20mm float and vented discs and 2x48mm calipers ...
I inquired a shop autoatlanta ...hope it works.

What makes you think the Quaife box isn't all synchro? I can assure you it is.
I

glloyd said:
What makes you think the Quaife box isn't all synchro? I can assure you it is.
Click to expand...

Well Glenn ... I guess I was wrong ... but for sure they don't provide 6-speed. They have told me the gearbox is sold as it is (5-speed).
I have few constrains to deal with ... syncro + 6-speed + "outer case style"...
The quaife is a very good starting point but I also need someone to modify it as for 6-speed but I don't have any supplier.
The best option I have is RBT who is already building this 6-speed gearbox ( I need something reliable).
This would be just the starting point because I need to modify the C&P cover in order to have a Colotti style bracket and...Last but not least... I need to modify the rear cover in order to have an external driven shaft... like this one... (if I will succeed in)...
I would be very happy to have some suggestion from all of you!!! 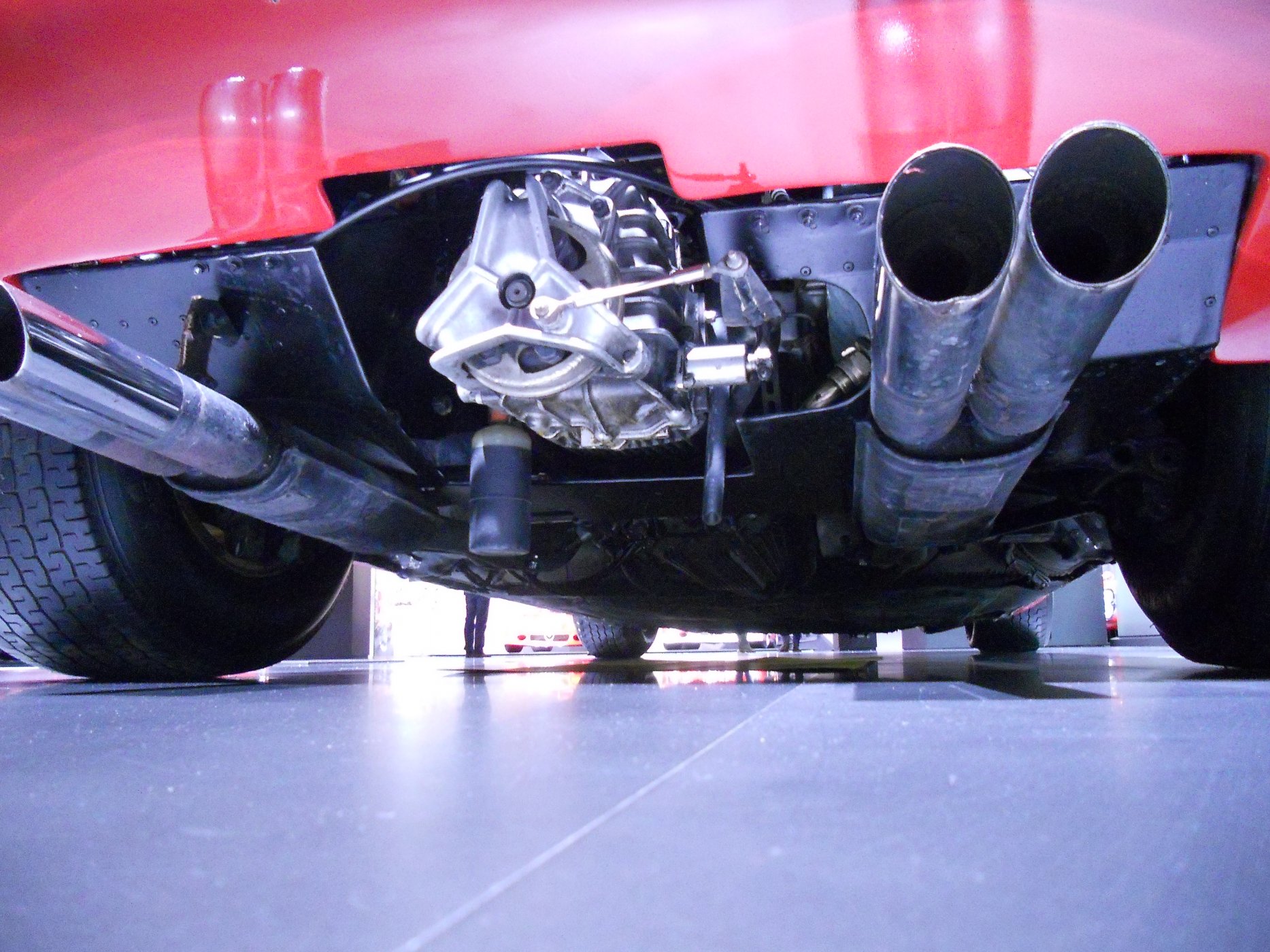 Alessandro said:
The best option I have is RBT who is already building this 6-speed gearbox ( I need something reliable).
Click to expand...

Now you are talking funny, what makes you thinK RBT is reliable ?

I know guys racing GT40s's and they say it breaks also. They qualify with the RBT and race with the ZF.
A

Really bad news for me.
Do you know some other 6-speed manufacturer?
Or someone who can modify the Quaife 5-speed?

I have tried to contact Oliver Ring of High Performance Gear too... But same problems of Lloyd with email.

I'm very fustraded... It's difficult to find a zf donor.
I have to admit I have also started to modify an audi gearbox by myself... But I don't like this option because the c&p case is very different.
M

Just some last quick information about brakes
280x20 vented discs are very easy to find at every brake manufacturer site ; then do you proper aluminium bel to suit gearbox out flanges
There is a solution to make some acceptable replicas for those brakes ; you need to find either 944 or Peugeot coupé caliper brakes ( they are aluminium 4 pistons but the shape is very similar to those ATE calipers ) then taking of the black painting and doing some nice aluminium polishing those Brembo brakes gives an surprising good result .
the bores on the ears being 90 mm so very close to the 89 mm spacing on the ATE is another good point
Hope this helps
" END of the hightjackingof your GEARBOX cherch" ........ Good luck
I