Supporter
I have been wanting to have my own lathe and mill forever but I just never could either come up with the extra dollars or find the deal I could afford so I just kept putting off the idea. It was always "I really don't need those and I can't spend the money on that because I want to spend the money on the other thing". This went on for years until I found this equipment on Craig's list, pretty much just what I wanted, really good price, and it was about 15 miles away from home.

No more excuses........so I went for it. The guy was really a mess, the garage was really a mess, and anybody else would have walked away. The garage was completely FULL of garbage. Not junk GARBAGE! Beer cans, old dried-up dinners, and jack-in-the-box wrappers! I mean it took both of us three hours to make room for the engine hoist to see if it would even work. Then I had to see if it all worked and afterward take it all apart to move it. Wow..............but in the end (10 hours later), everything worked, I got it all home in two trips, and it was ALL only 3500 bucks. Lathe, mill, all the stands, and all the stuff in the rollaway. There is at least 5K in end mills, collets, and measuring instruments. An extra 4-jaw chuck, even a 500 dollar machinist level, and a pile of tool posts and cutting tools. I figure it would cost me at least $20K to buy everything new today. So far I haven't found anything I needed to buy other than the electrical plugs and some cable for power to hook it all up at home.

So now I got some learning to do.

Supporter
That's a really great deal, Howard! A "distress sale" for sure!

Supporter
Well scored Howard!!! I love having mine and I imagine you will too. You'll wonder how you ever did stuff without them. 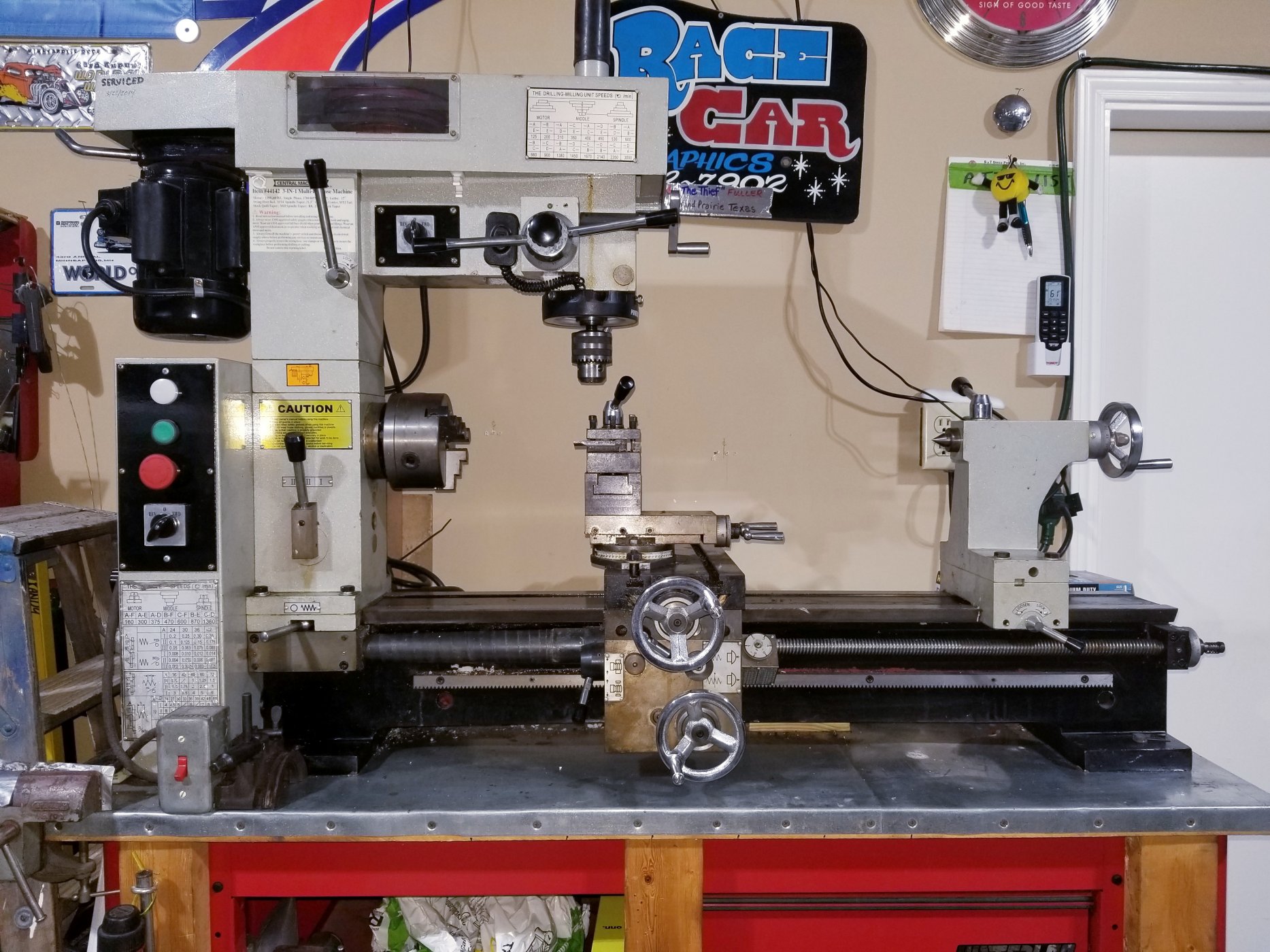 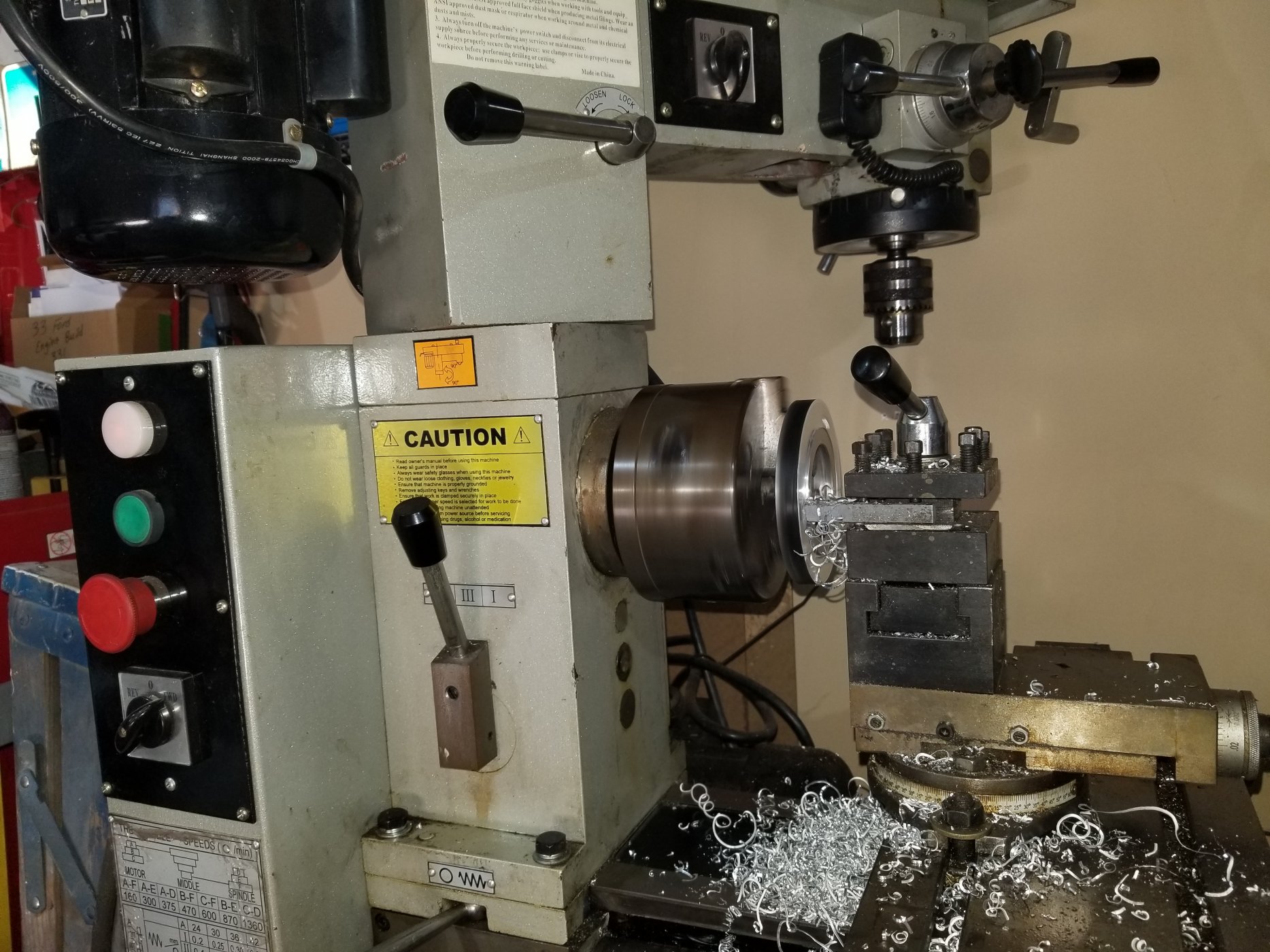 Supporter
I owned a Maximat for a while. It was useful but only for light-duty machine work.
D

Howard if you're just starting I suggest buying some delrin rod for practice material , I bought some a few weeks ago and knowing what I know now that would have helped the learning process. The delrin is very forgiving and doesn't grab .

Supporter
Great find Howard. Milling is so much fun and having heavy duty machines makes all the difference. Especially to mill steel.
L

Supporter
Nice. You'll learn to not be able to live without them. I wouldn't part with my janky little chinese combo unless it was to make room for a bigger better one.

Now when you need something out of unobtanium, you can just make it.

I have been hanging out at https://www.hobby-machinist.com/ to learn machining, nice group of people who are willing to share knowledge.

Supporter
Ya Kevin, I had narrowed down my preferences to Precision Matheus machines prior to this purchase. Basically one model smaller on the lathe and one larger on the mill, But I am happy if not a bit overwhelmed. I have been following this youtube site, Very helpful.

Supporter
I love Blondie Hacks.. I watch her channel every week. I have a new mill and lathe coming tomorrow but it is far smaller than what you have. I look forward to learning machining at the same time you will.
R

So YouTube channels on the topic that I am subscribed to.
In no particular order.
(note some maybe more maker based, still some interesting projects in there)

Supporter
Howard, ya gotta love all that machinery. Wish I had space in my garage for some of it. But, what I especially like in yours, is the first thing you see when you walk through the door is your fridge where all the 'ginger ales' reside...
L

I have to admit to sometimes having empty beer cans orphaned on top of various horizontal surfaces.
C