I'm in the middle of a decision making process. I thought I was going to pull the trigger on ITB's for my LS1. Previously I had a double catch can planned for my standard intake/throttle body setup....which won't work well for the ITB's without a vacuum source. I'm not that familiar with crankcase ventilation issues with LS motors, however I have become a little more concerned because my particular motor has some mileage on it and has high compression heads and a low quench. Blowby could be exasperated by lack of vacuum from the crankcase.

Wondering what others with ITB's might have done or if it became an issue? I realize most don't have a measure of crankcase pressure but could see the symptoms of problems. I've thought about adding a vacuum pump. Nothing too crazy like a Moroso (can't afford it), something like an electric pump.
P

I am running a set of Borla's on a big block. The manifold includes a chamber in the valley that serves as a vacuum reservoir. It generates enough vacuum that I can run a PCV system w/ catch can. The ITB's typically have some form of MAP system. Adding a vacuum pump may generate more issues than it solves.

If you start tinkering with design, be aware there are some very complicated balances that go on between various engine systems.
J

You can use one of those Carter electric crankcase evacuation pumps from a Ford Mustang. They will keep a negative pressure under the pistons.

Better do reading on ITBs and LSs if you want to go that route. I initially had them (Harrop) on my 427 LS3 and ultimately went to the traditional plastic intake manifold.

They were impossible to tune - at idle I had no timing, headers turning cherry red after like 10 seconds, high probably of damaging valves and whatnot. Other than WOT, tuning them was a compromise everywhere else. I spoke w/ several people who also ran them on LSs and they all had the same issues as me.

It's true what they say - happiest day of your life is when you unbox your ITBs. Next happiest is when you box them back up and re-sell them. Would've saved like $10k if I'd listened.
L

I appreciate the feedback especially those that have experience with some sort of ITB setup. I'm definitely leaning further against the ITB's now.

On a video of the ITB manufacturer they swapped stock intake back to back with the ITB's and everything looked great. One thing that was interesting was the AFR was like 14 on the barely visible dyno screen in the back ground with the stock intake (def lean). Then with the ITB's it was like in the 9's. Could be any number of reasons for that but some aren't great. lol.
S

I don't understand the horror stories about ITBs. I had great luck with both my old Harrop setup and Jenvey ITBs. Both on big cubic inch LS's with huge heads and cams. Best throttle response and tamed the idle of a cam with over 50 degrees of overlap. My Harrop was on a C6 using HPtuners back in 2010, and then my SLC with a Holley Dominator.

Before any tuning happens you obvioulsy need to balance each throttlebody at idle so vacuum is as even as possible between each cylinder.

That said, they are not for everybody and probably not worth the effort if you have a mild engine setup unless you just want the looks/nostalgia.

Supporter
Hi Scott, I'm in the process of tuning my ITB set-up on an LS3. My system does not have a common plenum base, so I have two "collector" circuits for vacuum. 4mm taps on the outside of each runner which go to a common block in the valley and suck only the MAP sensor, and 6mm taps on the inside of each runner which go into a second block in the valley which then sucks on a moroso oil seperator that is connected to the PCV pipe with the fixed orifice in it that is on the front of valley cover. This second vacuum block also has an IAC valve attached to it to control idle. Works fine, but lots of plumbing.

My car uses Alpha-N fueling strategy (i.e. engine load = TPS position) and the tune is shaping up well. ITBs are hard to tune for the street using speed density. I am actually not using my MAP sensor signal for anything. Hope this helps. 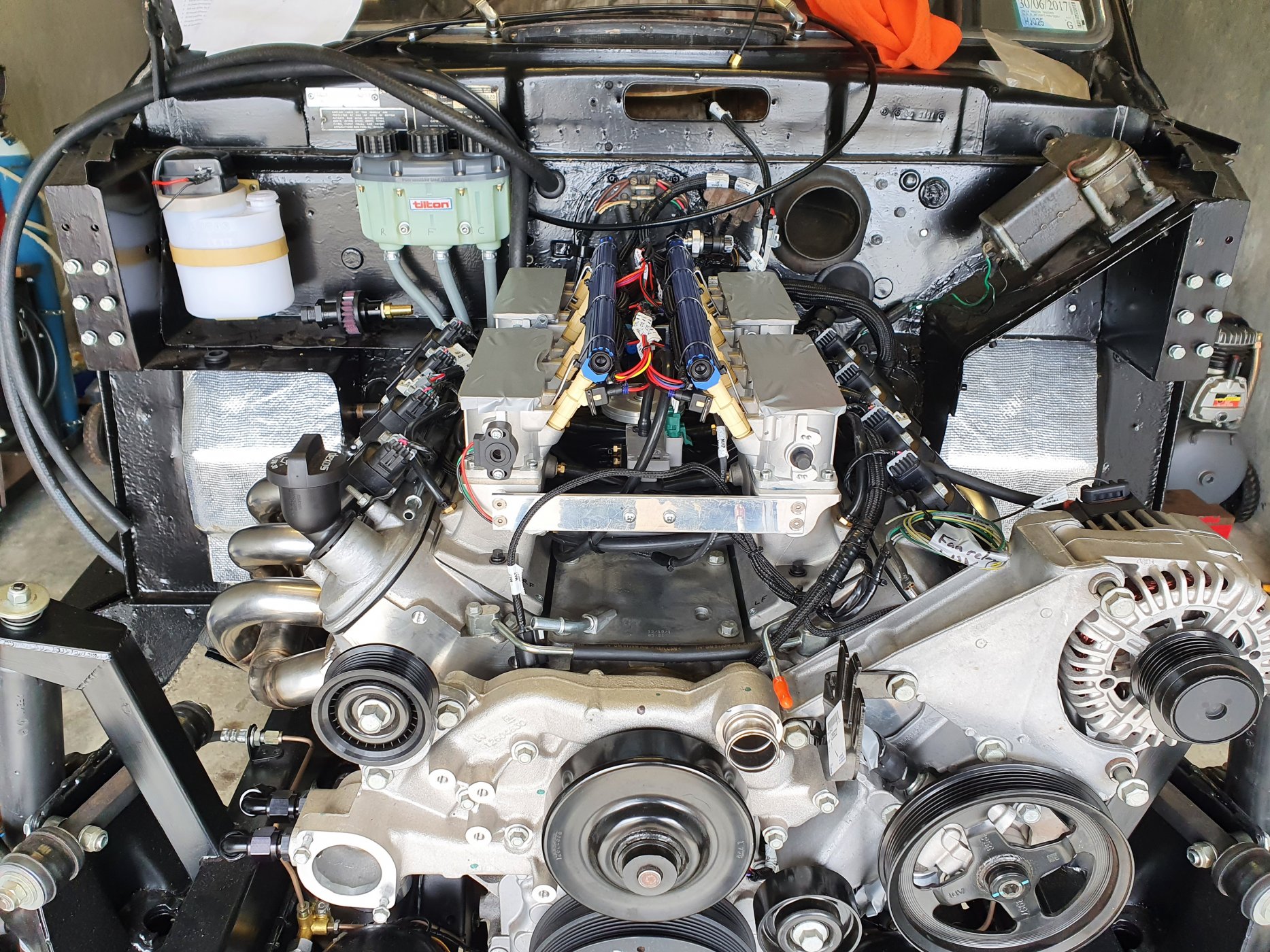