Loaded up the trailer last night, heading to Texas Mile. Put in a fresh engine this last week (had dropped a valve). This motor is a built 1UZ with a GTX4294R.

Over on facebook there is a "contest" going to guess my top speed for the weekend. I'll send the winner a T-Shirt from Texas Mile.

Our friends over at Real Street Performance have offered up a Shirt/Hat as well (Thanks Hanz Brady [Build Advisor @ Real Street]).

Enter your guess over at: https://www.facebook.com/groups/Superlite/

Include your MPH guess and Shirt Size. I'm going to cut off guesses the earlier of Saturday Morning -or- when I qualify for my Class A license (which I hope will be Friday afternoon).

You MUST be an owner to join that FB group, and the Admins over there are real asses 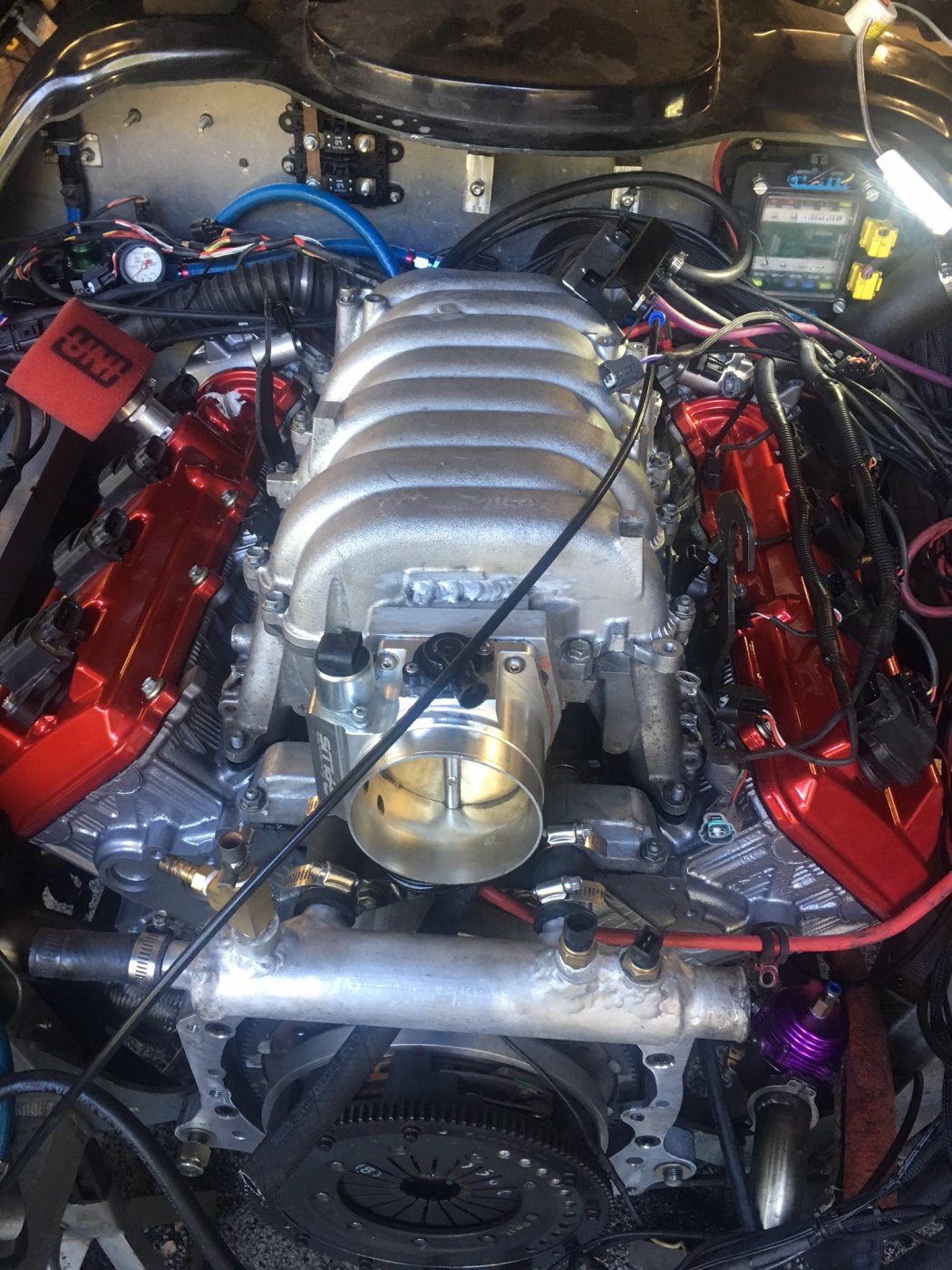 Lifetime Supporter
Best of luck to you Frank.

Supporter
Good luck Frank and have a great run!
F

Had a number of issues, rectified a number of problems, got a lot of tuning done and have a few "todo" items.

A fair number of questions in tech, but no issues getting through. Car tech'd for 199+ (which in English means 215). I think the seats (I have the factory seats) will prevent the car from teching past 215.

To this point, I had never run more than about 6psi of boost on this setup. Before leaving for Victoria I put in a built low/compression block and put 10psi springs in the waste gates. From the get go, the car was horribly rich under power. Was also smoking like a sky writer with the smoke on.

With some tuning, I did get qualified for a B license (up to 199). It's damn hard to guesstimate your speed at those numbers. Tried taping my phone to the dash to use it's GPS, but could not see it with the sun and all.

Put 20psi springs in the waste gates Friday night and did some more tuning. Actually my Son Chris was doing the tuning remotely. He was also criticizing my driving when looking at the logs....

On Saturday morning, I decided to start the car a bit earlier to get some more heat in it and mis-judged. The car was at 260 degrees when I left the line. Before the 1/4 mile mark the engine lost power. I pulled to the side in case I was dropping fluids, and after I did a hose up front let loose and covered the windshield with water. Coasted to the first pull off area and was a couple of hours before I recovered the car and got it back to my trailer. Turned out the loss of power was because the throttle body came apart. It's an LS1 mechanical one. Good thing it decided to close under boost! All of the parts where laying on the trans-axle, including the return springs. Got it all back together (including drilling an indent on the shaft for the set screw), but not in time to make another run Saturday.

On Sunday I missed the 1-2 shift, hit reverse, then slid it over and got 4th, finally found 2nd.... Well that killed my speed. Was 108 in the 1/4, 148 in the half. The car was pulling HARD. Ran it to 7300rpm in 4th, shifted to 5th and ....nothing.... car just stopped pulling. So I let out, shifted to 6th and let the car coast. Coasted through the mile at 143. Turns out there was not really a problem. The car is taking a long time to recover boost after a shift (may be a BOV issue, and probably need to setup No-Lift-Shift). In 5th with no boost, it just did not have enough horsepower to accelerate. If I would have kept my foot in it, it would have gotten back on boost. Oh well, car is still in one piece!

With out my fumbling the shift, I am guessing I would have seen 160s in the half which would put it on target for 190-200 if I clear up my loss of boost during the shifts.

This was my first Mile event. I can tell you this is a lot different than what we normally do. This car with 5psi of boost will pull 165 with the CF wing on an open road. At the mile with no wing there is no way it would pull that without a good bit more boost.

I also found the handling a bit disconcerting without the wing. Not that it was an issue, but I am so used to the rear of the car being planted. After a few runs I was more comfortable with it. Not that it ever felt dangerous. Just a noticeable change from what I am used to.

Over the weekend I had a couple of electrical gremlins as well that I will need to sort out.

The VEs look great. The intercooler is working great (IATs settled at 116 with 90 degree ambient). So I am confident the engine will like more boost (assuming it holds together). All was good with 20psi on pump gas. So with E85, more boost and some more aggressive timing I am reasonably confident this package will be near the 1000hp target.

My plan at this point is to:

- Rework a few electrical items
- Put in some schrader valves to make purging air from the cooling system a bit easier
- Get the car on the dyno with E85 so I can get it tuned to 30psi (ran pump 93 this weekend)
- See what I can do about the BOVs to get them to blow earlier
- Implement no-lift-shift
- Fix my oil burning issue!
- Go back in March for some more test-and-tune....

Thanks to Real Street Performance for kicking in some Swag for Mr Cole! 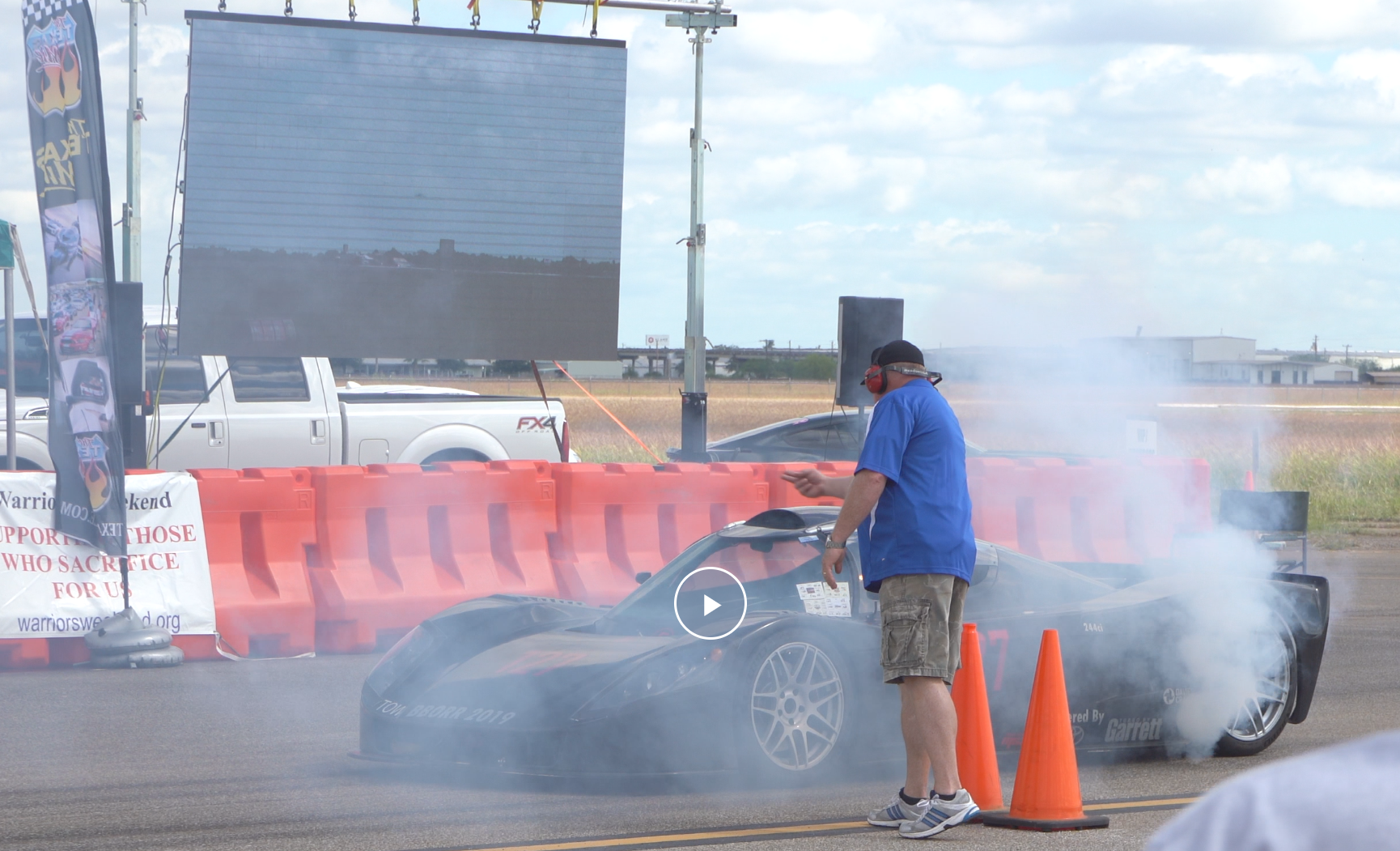 Lifetime Supporter
All in all, it sounds like fun, and a great learning experience.
Congrats, will be waiting to hear of your next adventure.
Regards Brian

Admin
Lifetime Supporter
Frank -
Spend $80 and get a vacuum filler for your cooling system. They were $300 (as I recall) when I bought mine...

Amazon.com : Radiator Cooling System Vacuum Purge & Refill Kit : Other Products : Everything Else
www.amazon.com
There will be “no air” in your system when you use this...
F

Amazon.com : Radiator Cooling System Vacuum Purge & Refill Kit : Other Products : Everything Else
www.amazon.com
There will be “no air” in your system when you use this...
Click to expand...

I was looking at some of those the other day. Hard to fathom how they get all of the air out since they can't full a full vacuum. Even if they could, not sure everything in the system would hold up to a full vacuum.