I am currently working to improve the bump absorption quality of my SLC. As I look at the front suspension of your car I see it looks just like an SLC from the mounting points. In my travels I have found that a 4 inch 600 pound spring will only compress about 2.2 inches from the unloaded length before coil bind at the shock. Just putting my car on the ground used up about 1/2 of that travel. Basically you'll have maybe 1.5 inches of compression travel at the wheel before the coil bottoms. Working on modifications to get a longer spring on the shock in conjunction with the ram lift puck. A longer spring could allow more compression travel with the right combination of parts.

May start a thread with all this info as the work matures.

What is the part number and full extended length of your shocks eye to eye?
H

Michael Hampson said:
Working on the A/C at the moment. I put the dryer in front of the wheel well.

I use 6" springs but I also raised the top mount an inch, junked the 1.5" wheel spacers and moved the wish bones out bu studying the wish bones and changing the male rod ends to female.

I am getting the wiring harness attached to the engine. I have a few extra connectors and I though I expect they don't go anywhere, I was wondering if you guys have the same issue. This question would mainly go to Rufus, Ron and H Craft but might apply to other 5.2XS owners I don't know about or other coyote builds.

First, just to the rear of the right head, there is a square connector with (I believe) six pins that doesn't seem to have a home. It is lonely:

Next, there is a similarly sized connector in the loom going to the alternator. I see a reference to a "low oil level switch" in the manual but there is no switch that I can see on my engine or (stock) oil pan: 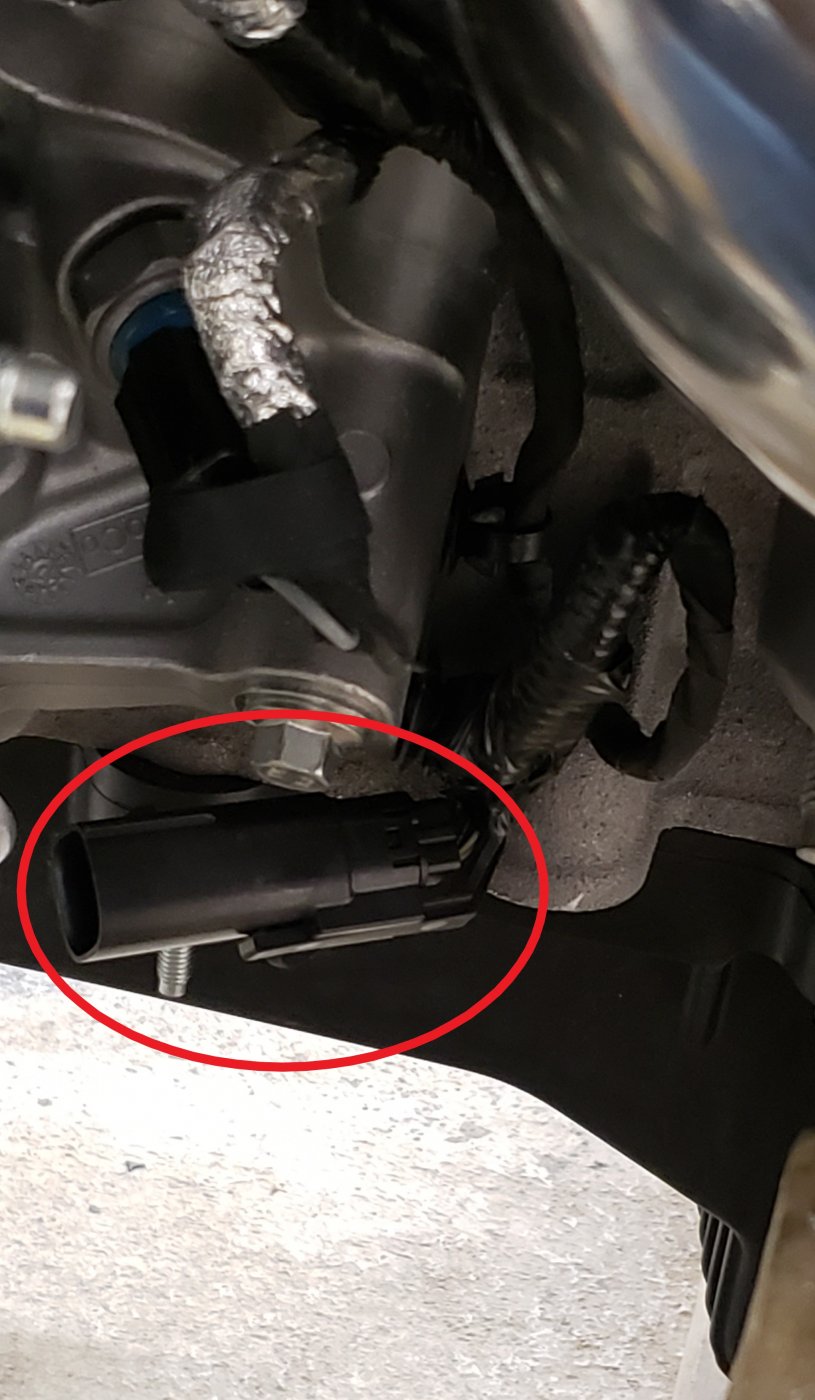 Then, at the rear of the engine sort of under the throttle body, there are two pair of connectors. There are two blue two-prong connectors shown in the pic below that seem to be near the middle of the engine, together, and two white three-prong connectors (one is shown in the pic), that seem to terminate near the back of each head. All connection points on the engine seem to be accounted for, including the throttle body servo and
position sensor (which I have to extend since they are at the wrong end of the intake now), and the two (knock sensors) under the intake manifold.

All of the injectors and coil pack connections between the engine harness and engine match up just fine, as well as the valve timing servos, temperature sensors, oil pressure, etc.

Anyway, if any of you can help confirm these, I would appreciate it. I will continue looking at instruction manuals and Google as well.

Supporter
I've been installing the fog light buckets from H Craft the last week. I noodled over how to make the holes the exact size to expose 1/2" or so of flange all the way around the perimeter. So I created glass molds of the lower valence area where the fog light goes. Then I used some green pinstriping around the perimeter of the buckets, laid the fiberglass mold over the bucket, and then transferred the pinstriping lines to the translucent fiberglass. Then I cut out the fiberglass and traced it's perimeter on the valence. And now I have molds for thermoforming the lenses. One thing that I found convenient was that I stretched Saran wrap over the area that I was glassing up, and after it cured, the piece practically fell off. Really convenient. Stretch it tight and there won't be a wrinkle to be seen.

Supporter
Got my shifter from RCR, too. I used the supplied bracket for mounting instead of welding plates to the tunnel. I think it will work fine. I drilled and countersunk the plate so I could use 1/4-20 flathead screws to hold it down (VERY short ones - 3/8" so they won't hit the tank). Because of where I placed the parking brake, I had to trim off a little of the cable bracket, because it was hitting H Craft's console. cut the hole in the console, of course slightly in the wrong place.... and after I fix that, I will create mounting points for the console for eventual permanent mounting.

Mike looking good I am right behind you so keep moving forward.


[email protected] said:
Mike looking good I am right behind you so keep moving forward.
Click to expand...

Supporter
Got the A/C evaporator installed. Now to plumb it up and turn it on so it will be a little cooler in my garage

I fabbed up a little defrost plenum from PVC to match up with the angle of the tub. With the evaporator located where I wanted it under the dash, the defroster vents came out right under the windshield wiper motor , so this effectively moves the vent forward about 100mm into some open space.

A couple of simple brackets to hold each side of the unit.

Looks like my new tires for the car are on the way to the house as well...
A

Looking great Michael, I see you went with Roadster shop as well. Is that the Vapir or the Haymaker?


Ajzridehouston said:
Looking great Michael, I see you went with Roadster shop as well. Is that the Vapir or the Haymaker?
Click to expand...

Supporter
Worked a little on the console today. Made a flange for the parking brake plate to fit into, and fixed my mistake positioning the hole for the shifter.

Should be ready for a drive soon.
L

Supporter
Well, I think I have all of the electrical connectors sorted out for the wiring harness. I had to extend the length of the throttle body wiring since the intake manifold is on forward (it's backwards in all other applications!), and for the moment am leaving the unused connectors, just in case. I also had to extend the wire to the starter motor.

I also bent a couple of pieces of 1.5" tubing to get the coolant pipes about where they should be (I'll trim off and bead them after the engine is back in and I can get exact measurements). 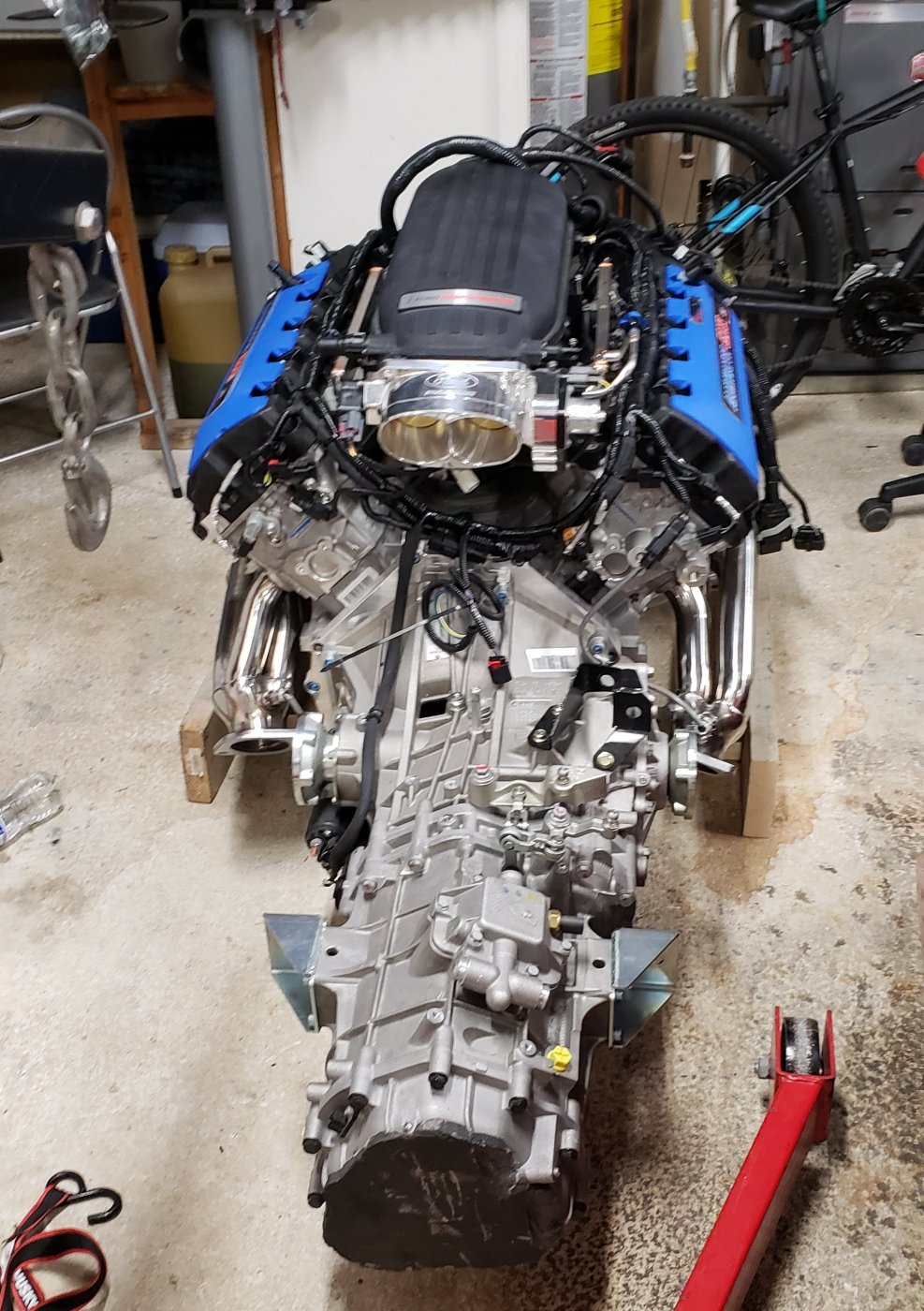 Also, full frontal with all of the eyeballs installed.

Metal work is fun and looks pretty, but 3D printing is way faster for any bracket that won't be in the engine bay or see significant stresses (like those lights). I cranked out 3 different ones over the weekend.

Supporter
True! I'll let you know next time! I can even provide a sldprt or stl file.

Metal work is fun and looks pretty, but 3D printing is way faster for any bracket that won't be in the engine bay or see significant stresses (like those lights). I cranked out 3 different ones over the weekend.
Click to expand...