It is finally here! The GTR is even better than I thought it would be. It's true, I was going with a carbon fiber body but I change my direction and I am going to build a heritage version instead. It will be a modern rendition of the infamous 1075 Gulf car. I even requested to have my vin number end in 1075! :thumbsup: 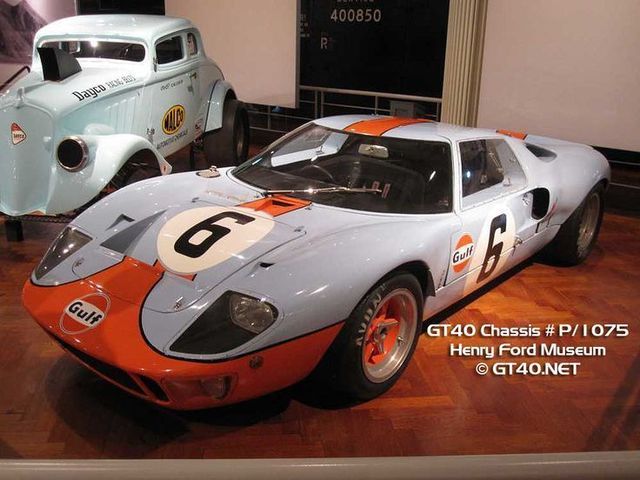 The car will be street legal but it will mainly be a track day butt kicker. I want to have a nice, clean, utilitarian interior in keeping with the original cars. We will see if that's how it turns out.

The car will be powered by a Coyote 5.0 mated to the Graziano box. I am currently looking at the induction. All I can say is that it won't be stock! It's been a few years since I've built a car so I'm going to be leaning on a lot of you for help and suggestions. So if you see something that looks strange, let me know.

So let's get this thread started!

Unloading the car was a challange. The suspension was set as high as it could go to get it out of the truck and on the trailer for the final mile to my house. First problem. The car is a massive 79 inches wide and the trailer was 78.5. The driver said "I think it will fit" :lipsrsealed: Sorry bud, I not willing to try. So I ran and got a new trailer and finally brought it home.

Here is my starting point. This thing just looks fantastic!

Supporter
It really does look fantastic, Dean! Can't wait to see it built up.

Don't be chary with the pics!
M

Moderator
They are a cracking looking thing
All GTR are delivered as you see Deans car
Body fitted , doors hung etc
D

That does look stunning indeed.
Dean, do I remember reading somewhere that you were doing 2 of these?

Lifetime Supporter
I did not know that... Details like that may make a difference when choosing between the GT and the GT40.
D

The plan is to do a sister car to this one. You guys won't believe how good the gaps are. I think I could take it apart and take the pieces straight to the paint booth. No body work needed.

Much more to show you! I'll upload some pictures tomorrow with the bonnet and the hood removed.
A

Is pricing out on these cars?
Oh and awesome ,looking forward to your progress....
Last edited: Jan 2, 2016
M

Dean, That is fantastic! I'm going to be a couple of months behind you but I am drooling now!
Mike
D

ok, where's the update? We know how fast you work and you had all night!
D

I've had a chance to pull the tires, put it on jack stands, remove body panels and see what I'm working with. Here are a few pictures of the "naked" car.

Looks unreal, Dean! Can't wait to follow progress. Any shots of the interior dash/trim? There haven't been any pics of those so far and I'm sure a bunch of us are curious.

Also, what size tires are you running?
R

Is that(fiberglass) wishbone thingy under the bonnet fresh air intake for the cabin?
Cheers Ray

Moderator
No it is the mount for the fuel filler cap also creates a beauty cover to run hidden ac lines and wiring etc.
R

So THIS is where the build will be!

Man, the new GT-R looks like it was worth the wait. The gaps, body, framing, etc all look absolutely perfect. This has to be the cleanest looking "kit" car I've ever seen.

Another Dean build? I can't wait!!!! And I agree with the above posters, please post more pics.
A

That's a beauty right out of the mold. Since you will be primarily tracking, will you be running a rear wing?
Last edited: Jan 3, 2016
D

Josh, I probably won't run a wing initially. I would rather not but if it's needed after the a track day or 2, then It can be added. I personally don't care for the look of a wing. Fran has one if I need it.

Dave, As for the dash, you will have to wait. I had the gauges out last night and all I will tell you is you will be very impressed.:thumbsup:

Good for you Dean - Congrats on the GT-R.

Subscribed to this build, thanks for sharing - Good luck!!