GT40s Supporter
The drive-ins event in Melbourne is going to be attended by 2 Cobra Clubs, the Vic Ferrari Club and the GT40 Car Club as per the attached flyer. Apparently as at the time of writing this there are only 33 tickets left out of 140.
Looking forward to it.
Bill.

Bill Haralambakis said:
The drive-ins event in Melbourne is going to be attended by 2 Cobra Clubs, the Vic Ferrari Club and the GT40 Car Club as per the attached flyer. Apparently as at the time of writing this there are only 33 tickets left out of 140.
Looking forward to it.
Bill.
Click to expand...

Bill when I checked the face book link that the Melbourne Mustang club had up, it was saying that it is sold out. I have my tickets, and baby sitters booked, so the princess I will see you there.

Lifetime Supporter
Attached is a short article my wife found in one of her magazines. Interesting if Ralph actually snubbed them...

I am going to display my GT40 at the Movie Tavern located at I20 and Little Road in Arlington Texas on Friday and Saturday nights of the opening of Ford vs. Ferrari. I presume others are making a display of some sort. Tell us.

Saw the movie last night at a preview for car clubs in Portland. Well worth seeing despite some inevitable Hollywood liberties. Didn't overdue the CG and lots of live racing action.

Supporter
I'm of to Vancouver tomorrow to have a F vs F movie night with my son and bro. All I have to take with me is an old Gulf Oil jacket.
K

I just seen the movie yesterday, was absolutely nice one. Great actors are a warrantee the movie is not a "fast and tuning" whatever.
Some minor observations about cars involved, and I personally didn't know so well the history of Ken Miles.

Being Italian, was nearly funny to see us, the mafia pizza spaghetti fellas, as the bad ones..ha ha.. was a little bit different.
And Lorenzo Bandini never had so angry face ever.

worth the ticket in a good cinema with some car freaks friends.
L

There are others eg Times & Telegraph behind paywalls

If I had only seen the 1ST "trailer" - I'd never bother to see the flick!
Thank God above you posted a link to the 2ND! 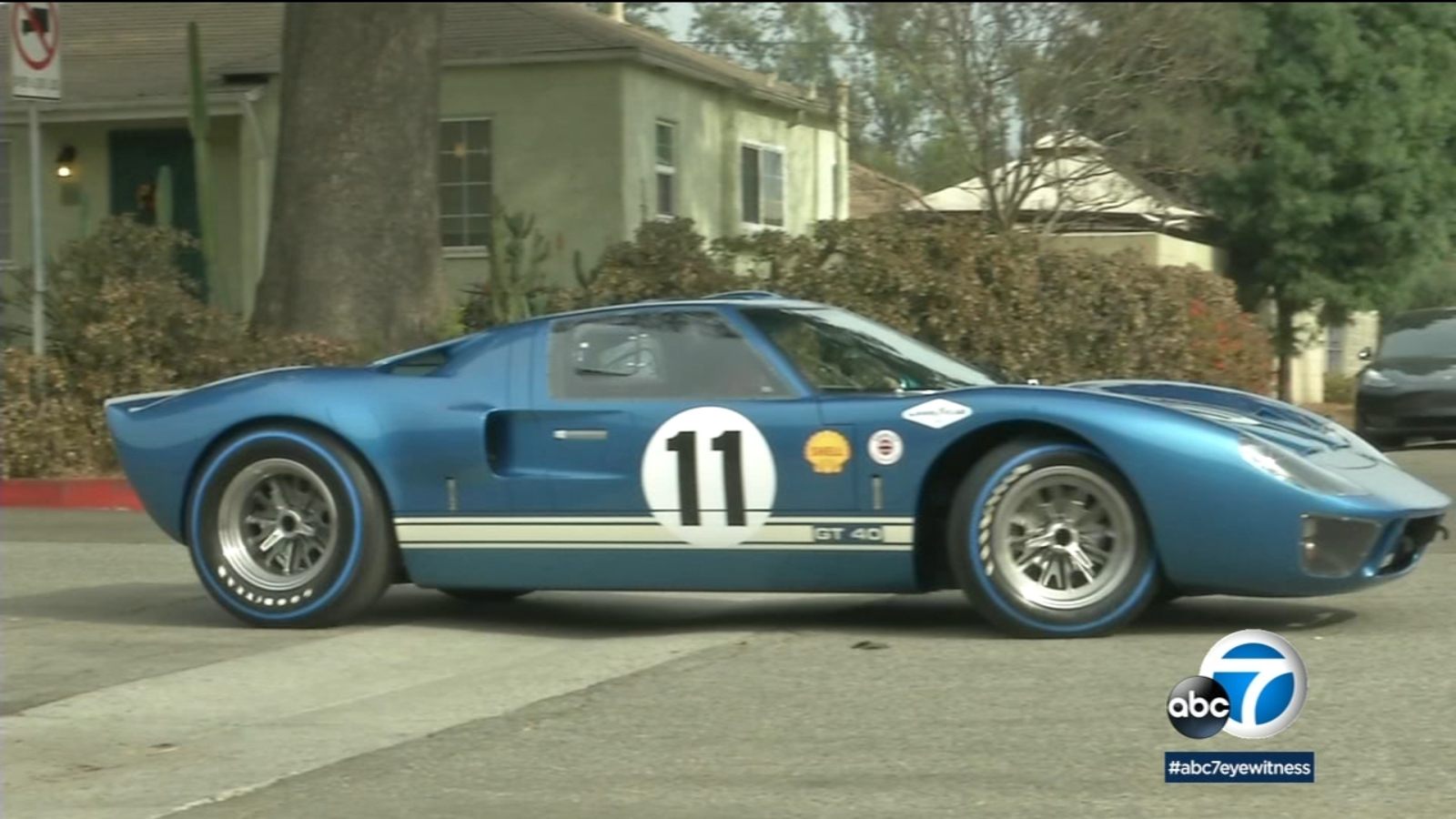 The marquee stars of "Ford v Ferrari" are Oscar-winning actors Matt Damon and Christian Bale. But the other star of the film is the car that Carroll Shelby and Ford developed to go after Ferrari, the GT40, which came from an Irvine-based specialty builder.

Supporter
Just back home from the movie. I didn't think it was to bad, don't regret the trip. Not to bad in the sense of the Hollywood pimping added to the story was bearable. Larry, I thot the same but it wasn't as bad as the trailers made it look.

Great movie, whose purpose was to entertain. Loved the eye candy in the background. Some quirky driving things, and swear I saw an aluminum front upright (minus any bearings), still in the wheel-well as they were about to insert the front driver's corner suspension (replace) during the race, but overall a great movie, and almost want to go watch it a 2nd time.
B

Well, have finally been to see Ford v Ferrari. It is an OK film with some great footage of some beautiful cars. I I did not expect an accurate telling of the story (it is Hollywood after all), but for me there were far too many things just plain wrong.

Bale does a good job as Miles, Matt Damon not quite so convincing as Shelby. The cars are just great, even if the chronology for some is a bit loose. It’s a shame kudos was not given to many of the key players in the cars’ early development. Oh, and don’t blink or else you’ll miss the fleeting references to the Kiwis, McLaren, Amon, and Hulme (but I am biased here).

Is it worth a look? Yep, and it will certainly raise the profile of cars like the GT40, P3/4 Ferrari and maybe even the Porsche 906.

Lifetime Supporter
So I watched the movie with my wife on Friday night and we both enjoyed it very much.
The cars and racing scenes were fun to watch but the writers got sloppy over the car's development. The background scenes of Shelby's workshops were interesting with a few Daytona's and their wooden buck in-situe.

For me, the characterisation of Ken Miles was a nice homage to the great man, although Bale's Brummy accent got lost half way up our M1 motorway.

As we were leaving the complex, outside there was a guy dressed as a Santa Claus in a fibreglass sleigh and reindeer dropping down on a zip wire from a tall pylon to grade, re-enacting a more convincing story than the main event of our evening. However, I will definitely enjoy watching it again at home.

Supporter
I can forgive all of the typical Hollywood interpretations and mischaracterizations, because they did a pretty good job representing most of the cars. With one exception, the J car in the closing scene was an abomination, nothing more than a GT40 with some glued on pieces to make it look marginally different. It fooled no one.

Supporter
I saw the movie Friday nigh with a car buddy. They took a lot of liberty with the history / time line. They (writer, producer, director, who ever) did an injustice to some of the characters. Most of the people who do not know anything about the history of Shelby and the people & cars around him at the time will have an incorrect opinion after watching this movie. But Hollywood has been doing that since day one.
I enjoyed the movie and am going again this afternoon with three more of my buddies to see it again. And in three months when the DVD comes out I buy one.
Go see it and decide for yourself.

Supporter
Doc T said he saw some of the Cobras with 17" wheels. I'll be watching for that this afternoon

Supporter
How many saw the movie "The World's Fastest Indian" with Anthony Hopkins? Like FvF, it was loosely based on a real story but still entertaining.