GT40s Sponsor
Supporter
Saw this last night in MAX and didn't understand why a friend we took was laughing...as a native born Itailan she understood the joke in the translator scene BEFORE the actor relayed what Enzo said!

Lifetime Supporter
I saw the movie tonight and thought it was excellent. Only saw a few flaws (e.g., the cockpit of the GT40 still showed the 12v outlets of the Superformance cars).

What did everyone else think?

Supporter
I really enjoyed it, I really didn’t look for flaws since all movies have them. I enjoyed how they told the story from the corporate view, the driver’s view, and Shelby’s view which were all pretty different. The cars looked great and the racing scenes were well done.
M

Saw it last night ...well worth seeing. Seriously who on this forum wouldn't go to see their favorite cars featured on the big screen in 2019? Been a long, long wait for a great car movie.

I enjoyed the movie!

Bale as Miles driving the 427 engine for the first time was a hoot.

Enjoyed the movie, tried to not notice the errors...like the guy hammering the spinner the wrong way just before pulling out of the pits. 18 inch wheels on the Daytona coups. Spoke to Tony Hunt (stunt driver as "Ken Miles") on friday night. He had some interesting observations about the various GT40 replicas. Sorry, but I won't share them on this forum. BTW, he ended up buying the white Superformance (one of 3) slabside 289s that he drove in the movie.
I 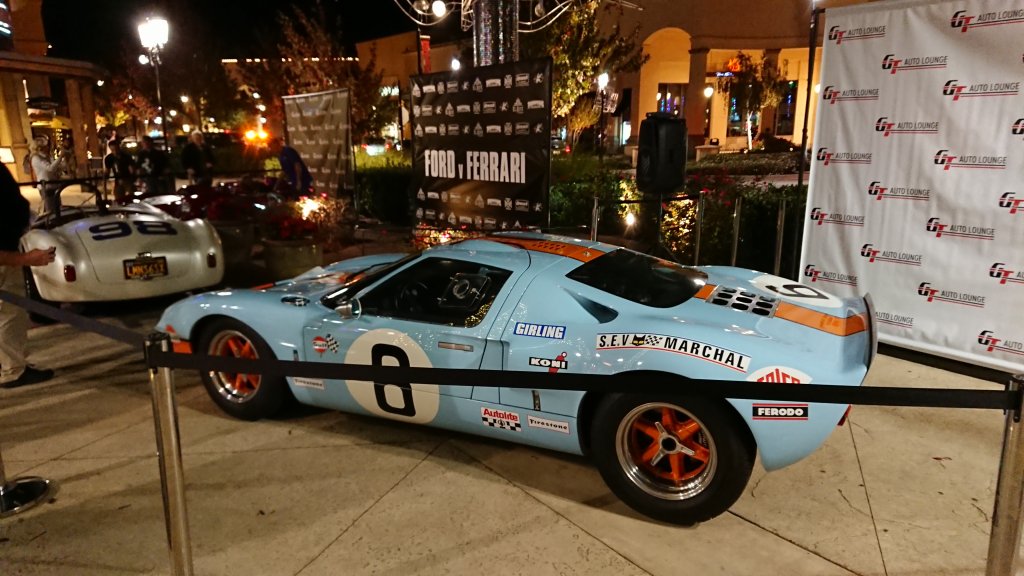 The 289 in front of my GT40 is the Hero car from the movie. Has an unusual paint job...sort of a satin, pearl white. I think it's the same in the movie. There must be a reason they went with that, rather than a straight white.
I

The biggest problem I had with the movie is the short shrift they gave Phil Remington. Made him look like kind of a dweeb, and totally ignored his contribution/significance. Not sure they even said his last name.

Lifetime Supporter
All this talk has me anxious to see the movie. Unfortunately I live in a very remote and sparsely populated area, so it will be dead last on the list of theaters who will show the movie.
All is not lost, though...I have a respectable home theater and will wait for the Blu-Ray version to be released.
Patience, Dugly, patience!!!

Igofaster said:
Enjoyed the movie, tried to not notice the errors...like the guy hammering the spinner the wrong way just before pulling out of the pits. 18 inch wheels on the Daytona coups. Spoke to Tony Hunt (stunt driver as "Ken Miles") on friday night. He had some interesting observations about the various GT40 replicas. Sorry, but I won't share them on this forum. BTW, he ended up buying the white Superformance (one of 3) slabside 289s that he drove in the movie.
Click to expand...

Some of the 289s used were purchased by Peter Miles (Ken's son) and Aaron Shelby (Carroll's grandson) as well as Rich MacDonald, Dave's son. Peter was actually a teen in the period portrayed in the film however I'm sure the writers felt a "younger" boy would resonate better with the audience. Just one of many liberties taken however if you had said three years ago a "Ken Miles" movie would be made by a major studio and widely distributed you would have been laughed at!
M

I think it was really cool they had involved the sons including Gurney's son playing his dad. Nice touch. Sure liberties were taken but it sure was a really entertaining movie that anyone will enjoy the heck out of.
I

Rick,
At the event mentioned above, I spoke with the stunt driver of all the "Ken Miles" cars. I think he was under the impression that the cars were "given" away to the sons (grandson?) of Miles and Shelby.

Oh, on an aside, I'm pretty sure one of the characters was supposed to be Charlie Agapiou (he kinda looked like him), but I don't think his name was mentioned either. When I buy the Blueray, I'll have to go through and carefully dissect the film.

Supporter
I saw this post on another forum that Netflix has a documentary about Ford vs. Ferrari called “24 Hour War”, very well done and highly recommended.
F

Le Mans 66 aka "Ford vs Ferrari" really worth being seen. Forget the details and get into the film you won't be desapointed at all!
I recommend IMAX theatre if you have one near by. Sounds and actions are just breathtaking! My 2cts ;-)
G

Supporter
I took my wife and parents to see the movie last night with the local Mustang club, everyone enjoyed it. The best part was when the movie was over my dad made mention that his son (me) had a GT40 in his garage and a comment made to him was "what a diecast?" So when I pulled up a pic there was a strange silence lol. I feel like I am dating a movie star now.
I 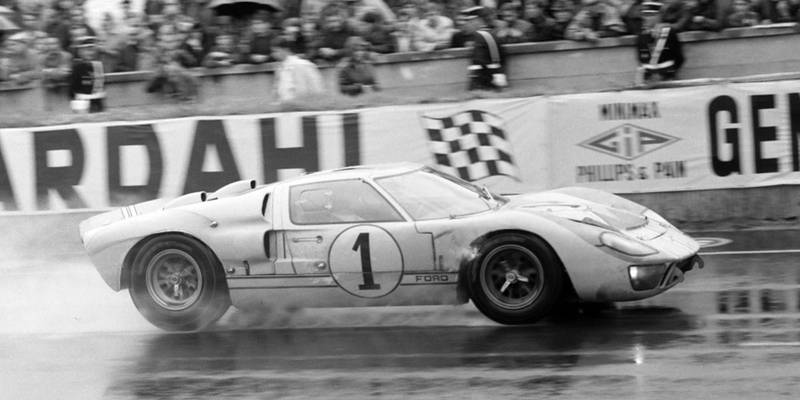 The new Le Mans '66 film brings the story of Ford vs Ferrari to the world of Hollywood but, despite being the victors, Ford hasn't shone a light on the movie While the Ford vs Ferrari story culminated in victory for the Blue Oval, there has been a lack of engagement with the newly-released Le...

Supporter
Ian,
It's interesting. That same Ford "attitude" cuts both ways, doesn't it? The pompous, no BS, vengeful Ford that vows to crush Ferrari at their own game now wants to be seen as - I don't know - above board and classy in all things racing? To be clear, I love Fords and my immediate family worked a combined 70+ years for Ford at the dealership level.

But please, people - get a grip. An entertaining motion picture doesn't define your legacy. Let's just enjoy it for the sake of our passion for cars.
M

It is just a movie - many liberties were taken to help make it entertaining to non-car racing historians and public.
Always love it when a car is doing 210mph and then the driver presses the pedal to the floor to make a pass from there... HaHa!

There was no acknowledgement of Miles' LeMans teammate - none other than F1 and Can-Am champion Denny Hulme.
Phill Remington, a main character in the movie and in the real effort only got his last name mentioned once.
And who was the young guy supposed to be? Always around the team as sort of a-right-hand man, lots of screen time, never heard his name mentioned in the film.

GT40s Supporter
We had a night at the drive-ins with GT40s, Cobras, Mustangs and 1 Ferrari. One of the more memorable events I have participated in.
Watching the movie whilst seated in the GT40 wasn't actually to bad at all.
I just have to clean the popcorn out that my daughter dropped during the film...lol