Lifetime Supporter
Is there a reason why they didn't use the original 1965 Ford Transit MkI plate light from the Dagenham parts bin, instead opting for a Lucas unit to highlight the electro-luminescent race roundels on MkI cars. ?? 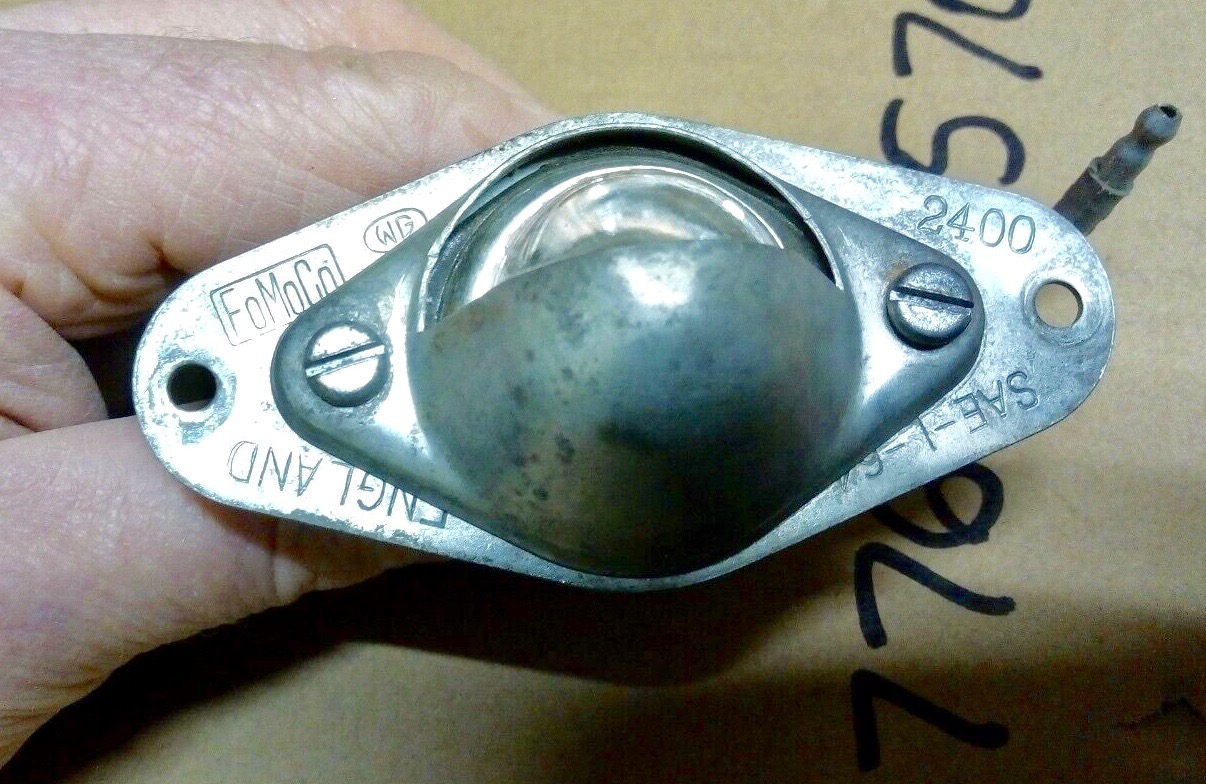 I wouldn't be surprised if the Transit version is actually made by Lucas as with many Ford UK parts (& Hella for Ford Germany parts supplier).
Just the lamp assy without the FoMoCo backplate.
Ford used these lamps into the mid seventies even in the boots of the Ford Capri mk1 & facelift to lighten up the suitcases.

Would also make me wonder where those roundel lamps already fitted when the GT40's left Slough or was it something to ad on afterwards when bought & delivered and decided to go racing.

Lifetime Supporter
JP
Maybe fitted after leaving the assembly line. Why customise individual cars on a production line where time and motion study was the norm for Ford management. I know this from experience.
Given such a variety of non-British OEM makers parts used, such as Marchal Citroen, DKW, and Volvo et al, reflecting the car market at the time, it would appear that the buyers were using after sales Brown's Brothers accessories catalogues or similar.
Another question for someone - when and where were these Lucas lights first used ? P/1049 has them.
You must log in or register to reply here.
Share:
Facebook Twitter Reddit Pinterest Tumblr WhatsApp Email Link
Top