I have some knowledge about the GT40 and I've ordered a couple of books to try to hone in some details. I have owned a restoration/body shop for nearly 30 years. I've built Cobras and Lambo style kit cars. Anyway, most MKI's have a pair of large tail lights. But a few cars have 4 smaller tail lights like P1027. Was there a year change on MK1's that changed the tail light configuration and rear vents? Thanks

Supporter
Hi Bart,
Not a 'year change' these cars are too rare & bespoke / hand built. Total number of Mk1's that's only around 100 cars or so. The early version is the 4 small rear lamps. I'm not an expert on the rear vents. I guess your looking at the MK1 street/road car specification, any cars used in competition, or restored may have different/modified vent grilles. The very early cars also had a different roof panel with multiple air vents running right across the width of the roof, (only up to chassis GT40P/1007 I believe).
B

A couple of books have arrived and I now understand a little better. There are lots and lots of variations. Each team seemed to make some minor tweaks to either gain an advantage or solved a problem based on their need or perception. I will be building a space frame car so the drive for authenticity is not there for me. I do want a car that is quite authentic on the exterior and felt like I was chasing a moving target. And now I realize I was. I didn't realize until I got some books that the early cars did not have removable nostril panels. I guess because most pics are of replicas or later original cars. Are most replicas based on the late Mk I's?

Lifetime Supporter
Mark I, Mark II, Mark III, Mark IV, Alan Mann Racing, Mirage (69 and 69), open top. All have been replicated (although surely nobody in their right minds would recreate the 'bread van'), and I think there has been a poll here on members cars. Anybody know if there has?

Supporter
Hi Bart, The early cars or prototypes, that's only chassis numbers GT101 to GT112, have a lot of variation. Some are open top roadsters, there's differing front ends (as you mentioned, some don't have an opening panel), various add on front spoilers were tried, the first cars didn't even have the rear spoiler, and a load more, including many, many mechanical differences. The name GT40 wasn't even assigned at this stage.

To attempt to clarify........
Simplest thing to get your head around is the production cars, which begin with;

GT40P/1000 onwards = GT40 name officially adopted, (not a nickname as Carroll Shelby claimed in later years, it's on the chassis plate, countless original FAV documentation & forms the first part of the all the Ford Advanced Vehicles part numbers. The nickname rumour gained traction in 2004 with some dim witted Ford press comments about the 'GT' as a 'cover up' for not owning the GT40 trademark !) The 'P' in the chassis number is for production. The numbers run from 1000 up to the 1080's (where we get into one rebuilt, renumbered car & spare chassis's plus continuation cars etc. These are what are usually referred to as the Mark 1's. Supplied new as race or road (street) car specification. There is variation but basically they are very similar 289 V8, ZF transmission, definitive front end (the Le Mans nose), etc. If you look at these cars as a group you'll see a bit more stability in what your seeing. Hopefully ! (Most replicas & continuation cars are Mark 1 style.)

Except !!! Some chassis were modified into Mark 2's for the race program. Higher front fenders, different rear body / engine cover, 7 litre & Ford transmission. Designed for race use only.

GT40/M3/1101 to 1107 = M3 is Mark 3. Built for road use only and available in rhd & lhd (the only genuine lhd derivative). Longer front & rear bodies, the front with four round headlamps (round was required for some states) and the long tail covers an internal luggage compartment (to cook your possessions!). These seven cars often trip up journalists & writers who state 'there were only 7 GT40 road cars', they overlook the thirty plus Mark 1 road cars. The very first GT40 replica kit that I'm aware of was copied off of 1107 by the late Ken Atwell. As the centre section, wheelbase etc is common all it took was for the Mark 1 & 2 front ends and the Mark 2 rear end to be later copied to provide all three variants. Thus a pretty big industry sprung up, several reputable companies have been in business for decades.

The Mk 4 ('the American one' !) is not really a GT40. It's the Mark 2 drive train in a new honeycomb chassis & totally new body style. Built as a race car only & only 8 Mk 4 cars in period, plus another two can am bodied conversions. There are a couple more built on spare chassis & a few continuation cars too. There are (or were) some more affordable Mk4 kits/replicas but they were, like the actual car, rare things.

As you're aware the majority of replicas seem to be Mk 1 style and you can build a copy of an actual team car or the road car spec. Or may be you want to take a more personalised approach. Personally I love a road car 'spec' in a nice period colour, it really shows off the shape.

I've generalised quite a lot & left some bits out, but perhaps you will be able to navigate the maze!
Good luck with what ever you decide to do.
Steve
B

Thank you all. I was blessed with the opportunity to purchase the racing spare body parts from P1027 (just fiberglass copies but I think it's cool they were on an original car). I have built other replicas and own a shop that builds street rods and muscle cars. I've been in business many years and helped my father in law build a cobra and intend to build the GT40 to share with him. He's a Ford nut and he built a two car garage for his cobra, one day I hope to see this GT40 in the spot next to it.

Supporter
Bart, a fiberglass copy of an original fiberglass part is pretty damn authentic ! (just place a 'wanted' ad for the middle bit & you're there....)

Doc Watson said:
although surely nobody in their right minds would recreate the 'bread van'
Click to expand...

If this is the J car, then it has been done Andy, molds of the body are even available in the USA.
it has been on display at the Simeone museum in the past/may be there now? alongside other MK I and MK II GT40s. its a proper deal as well, many GT40P numbered parts, Clip latch hooks in mag, T44 gear box, 427 engine, alloy chassis, correct turbine wheels ect
R

sorry, that should have been

Visit our Shelby Cobra Museum. We are open to the public the 3rd Sunday of every month! Hours are from 10:00-3:00 pm.
www.cobraexperience.org
If i ever make it state side its a place i would like to visit.

Stephen Ducker said:
Bart, a fiberglass copy of an original fiberglass part is pretty damn authentic ! (just place a 'wanted' ad for the middle bit & you're there....)

Thanks. I'm excited. I got the front and rear clips and the nostril panel that were on the car when it came in for restoration. I got the spare doors that were never mounted. I bought a pair of rockers that were supposed to be copies of originals (but were not spares for the car) and I have a roof spider on order from Jay Cushman.

I have a lot of chassis figuring out to do....well a lot of a lot of figuring but chassis is on my mind at the moment.

Lifetime Supporter
the 'bread van' an early J car, handled like a pig.... I wonder why? 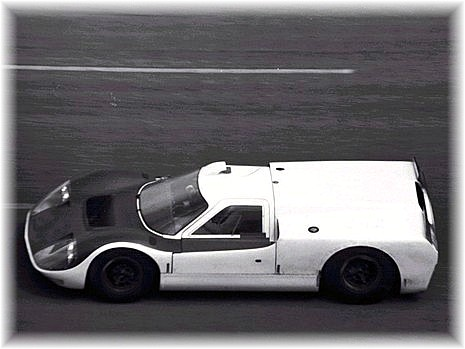 I can't imagine why no one has built a replica yet. The back half could be made with plywood. LOL

bartman said:
I can't imagine why no one has built a replica yet. The back half could be made with plywood. LOL
Click to expand...

I dare say that Elon Musk’s latest pride and joy could be recreated the very same way... 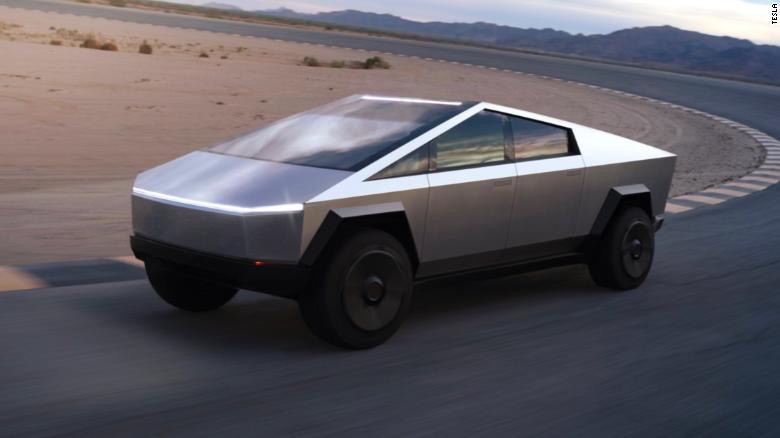