Has anyone got any good photos to share that show how the original shock mounts were done. It would be great if you could share the chassis number featured in the photo. I realise that this area was continually evolving over the life of the chassis.


A photo of the early ones that had the 1” radius fillet below the spring mount when viewed from the rear of the car would be awesome.

I think that 3 is probably not feasible as it would make the other closing plates and joining spot welds very hard to achieve, which just leaves options 1 or 2 to choose between. I have lots of photos saved but I’m struggling to recall which ones were from which chassis (real or the various replica monocoque chassis).


I went through a few of my books and some of the photos that I had taken personally of some original chassis. so many little detail changes that are hard to get 100% correct.


Is that even possible unless doing a particular chassis?
They were constantly changing!


These two sub assemblies would then be mated together as shown in assembly drawing GT40P/1/2049 and the corresponding top (TBC) and bottom (GT40P/1/2181) faces of the spring mount would be welded on.


Think i'm slowly getting there. I'm sure the originals built by the fabricators were not 100% to the drawings. Its hard to work out which dimensions they used and what order they went together in. Its a great big 3d jigsaw puzzle

best original i have come up with so far. Chassis GT40P/1040 from the Racing Icons web site

assuming the replacement parts match those of the original, you can see the closing plate GT40P/1/2182 welded over the top of the upper rear spring mount GT40P/1/2178. This is the top right corner of the picture.

another photo from the undamaged side from Racing Icons 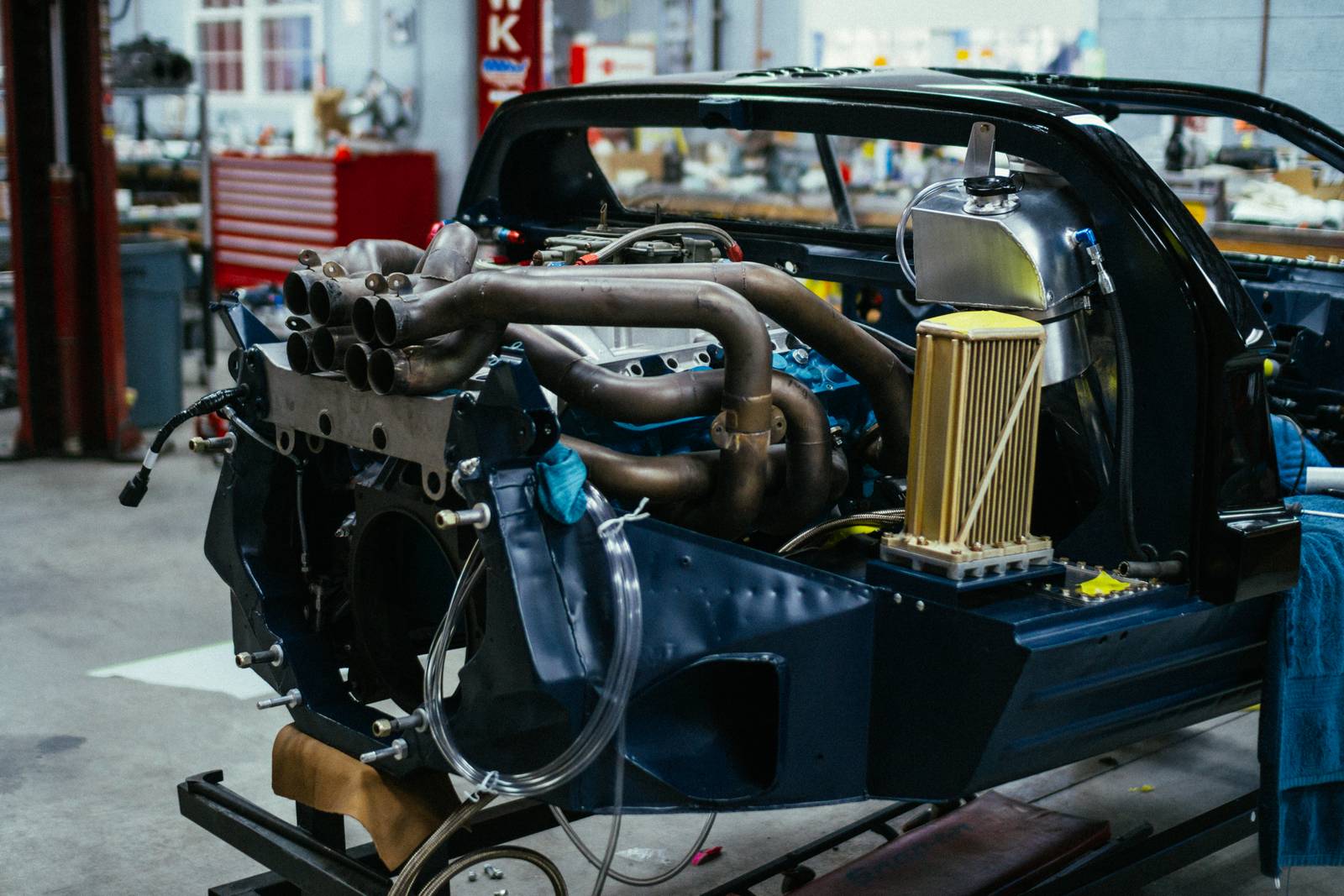 It looks time a continuous weld, was that gas welded silver bronze? I think that was before mig welding?.
R


If you have a look at the way Gelscoe do it these days on their site, you can see that there is a tig welder visible.

You can tig silver bronze very easily and still get some of the look of gas welding and still get the strength as you aren't damaging the metal with too much heat.
R

Ryan, how are the plans you bought working out? Are the complete enough to be able to build a car from? Rod
Last edited: Jun 6, 2018
J

1046 is a FE/427 engine car and presumably T44 transaxle which would explain different shape of horseshoe top link.
R

Rod Brace said:
Ryan, how are the plans you bought working out? Ate the complete enough to be able to build a car from? Rod
Click to expand...

Rod,
The plans are working out fine. The problem is i am struggling to understand them. They are very 2 dimensional, a bend will be shown as a dashed line and that is it. When i go to put it into CAD it wants to know if you bend on the line, inside the line, outside the line ect. The cad program then adjusts the base tab and the flange length accordingly which produces little fillets or tears at the edges which look nothing like the paper plan and will probably look nothing like the part as well as a fair amount will probably need to be manually worked into shape with a hamer.

I think I have my head around the spring mounts now. Some of the details on plan GT40P/1/2177 are unreadable. It appears to depict the entirety of the mount as 1 piece, as per the way GT40 Monocoque Chassis – Building and Racing a Legend have done it. see image below.

However after looking at the original photos I linked above I think that I would like mine to be 4 separate bits. Building and racing a legend have done and awesome job though. I will be extremely happy if I can get close.

There is a couple of details on the plan that I don't see on MK I's or MK II's.
I would like to find a photo of this area on a MK III to see if its the same.

I haven't updated my build diary as it would look very very similar to the last post. the cad drawing looks the same, just that lots and lots of the dimensions have changed by fractions of an inch. I was really very close with the photos, known dimensions and scaling method I was using. When I have made some progress I will update it again.

I would agree with that.
If you go here and scroll to 1:30 you can see some of the extra plating on the back of the "horseshoe" rear hoop.

Looks like its had another skin joined onto the very back. You can see some pop rivets going though it.
R

There is some more good images here as well.