I think that engine is called "Voodoo".
They were having some oil related issues out there, with one making a large deposit in turn 9, of which Howard promptly went pirouetting in.

Supporter
The flat plane crank one. Something is up with that.

Supporter
It's been awhile. The last installment ended with a melted throttle cable at Willow Springs, I called California Push Pull and Talked to the guy who does product development among other things and he suggested that I use a different cable than what I had been using. It is a different product and it has a 40 degree F higher rating (+350F) than the cable I had before. He told me that what had happened to the low friction cable that was installed and melted was the inter Teflon sleeve that is used to provide extremely low friction to the steel cable overheated. This causes it to shrink much like heat shrink tubing causing the cable to seize.

The new stuff uses a flat wound stainless outer sheath and a stainless center wire that is nearly as good from a low fiction system perspective but is better suited to high temperatures and marine use. The outer covering will melt at its rated temp but until it flows into the center cable sheath it usually won't seize. It's pretty much the same cost being about 10 bucks more for the custom cable I needed.

Here is the stuff: 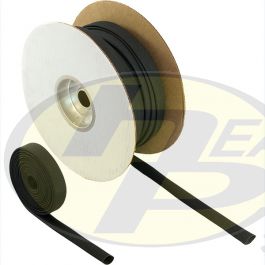 Fix vapor lock and shield your wires with the Hot Rod Sleeve. Expandable inside diameter makes it easy to install.. 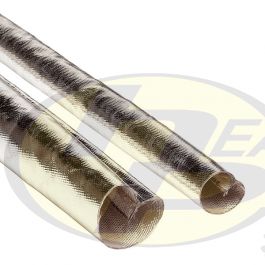 Thermaflect Sleeve™ is capable of reflecting up to 90 percent of radiant heat.