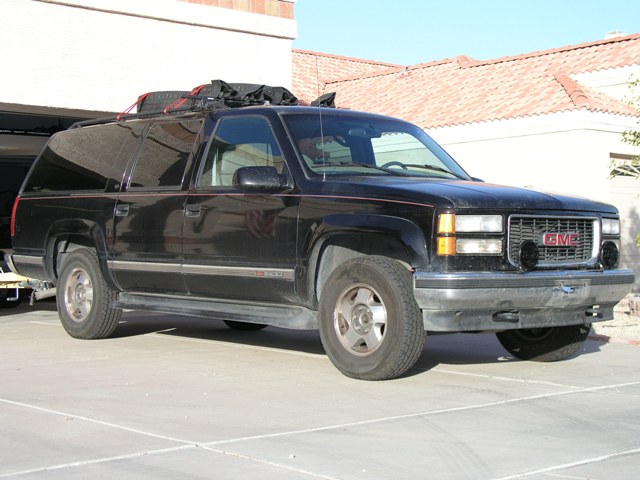 Picked my dad up at the airport at 2330h. New Mexico border later that night: 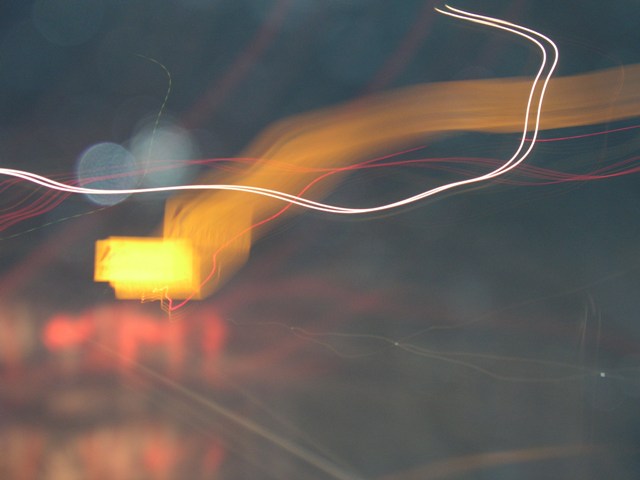 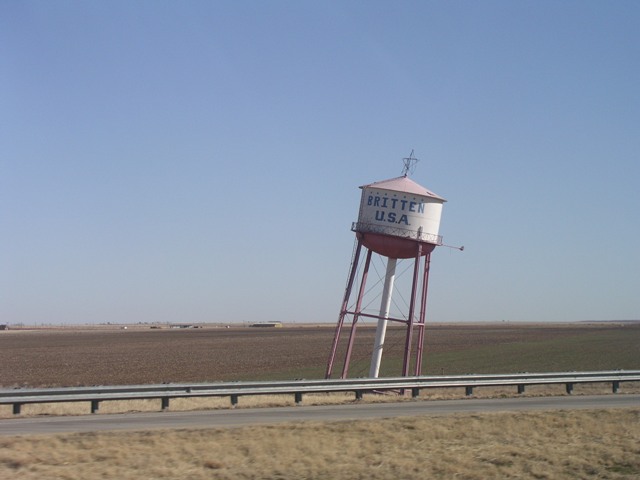 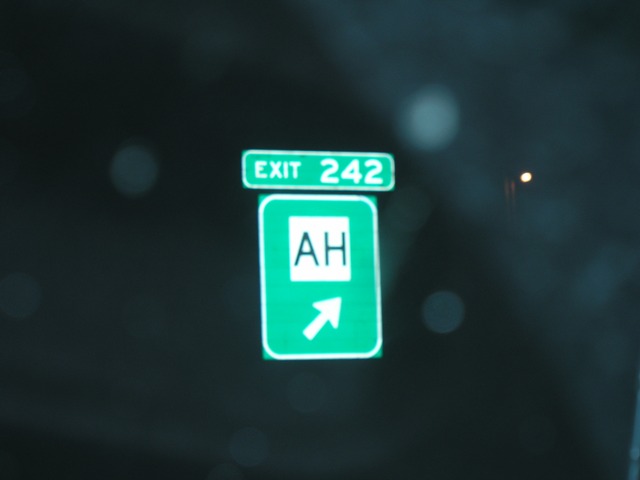 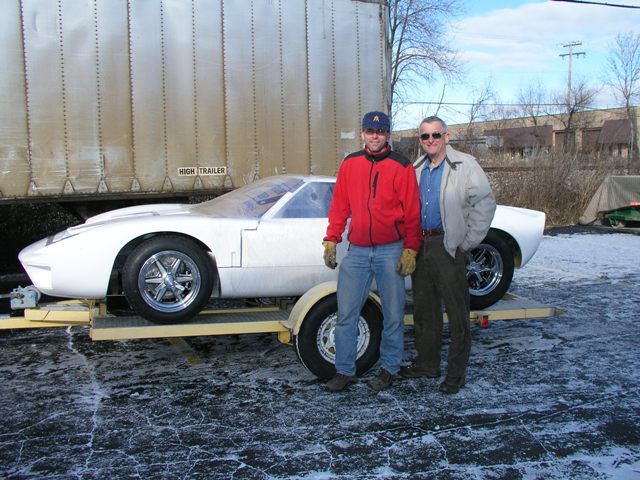 The Suburban with Hersh's trailer looking MUCH better now and dad at the wheel: 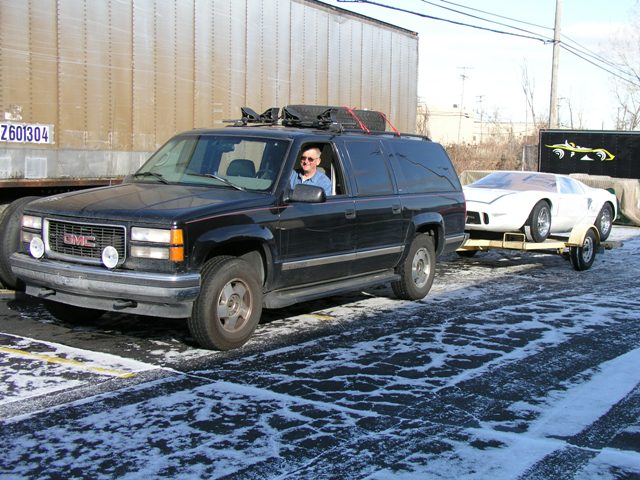 That damn white car is STILL following us!: 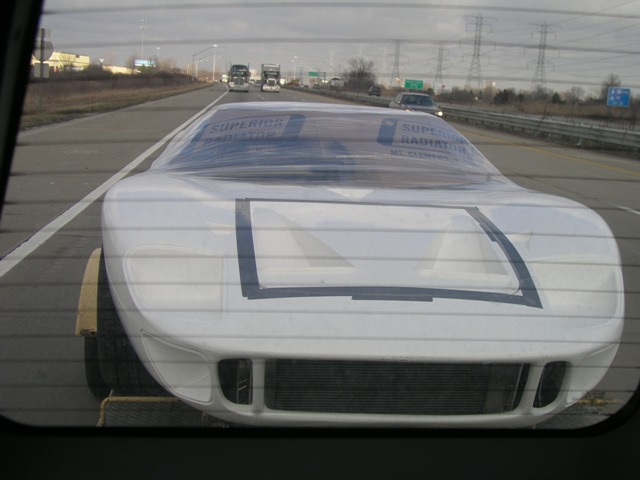 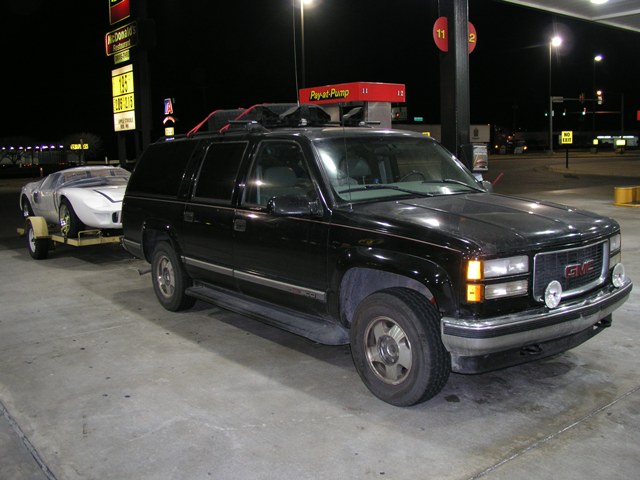 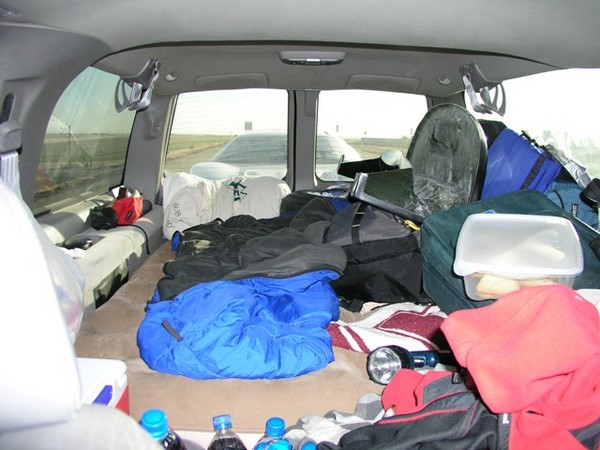 Blue skies on the way home: 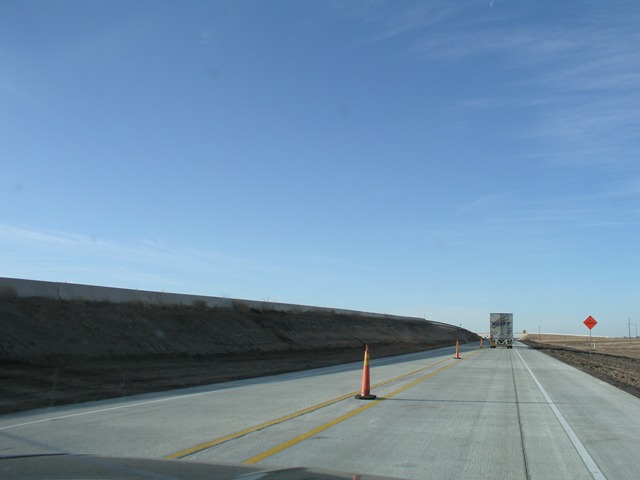 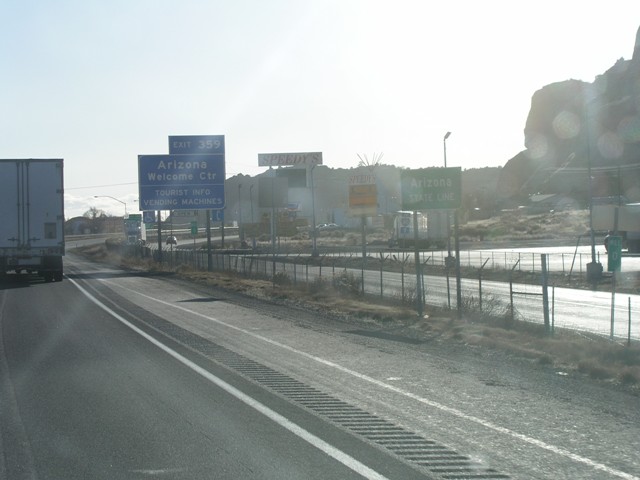 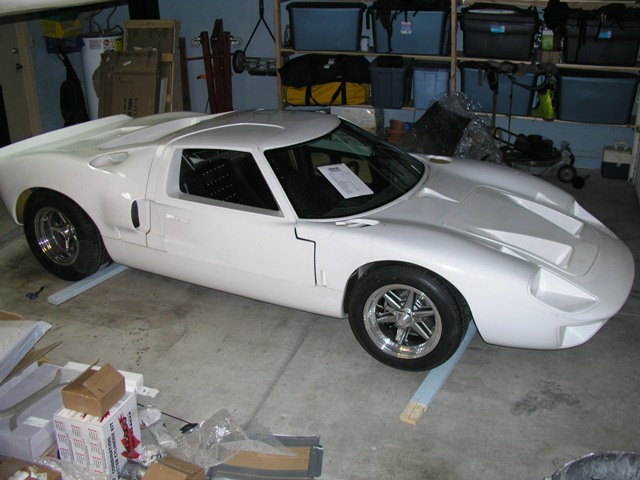 Round trip door-to-door: 4142 miles, 68h including 3h drooling over everything else in Fran's shop, just under 61 mph average speed for the entire event.

A big thanks goes to Fran for getting the car done. I ordered it mid-October and got to pick it up 12 weeks later (including the holiday season). As I saw how the forecast was looking across the country, I hounded him and pestered (and begged and shamed, etc...) him into getting it done an extra 2 days early (Weds Morning instead of Fri- and he did). I am incredibly excited to get cracking on it and it looks phenominal just sitting in my garage.

The RCR gang and me (Fran, me, Jason and Mark): 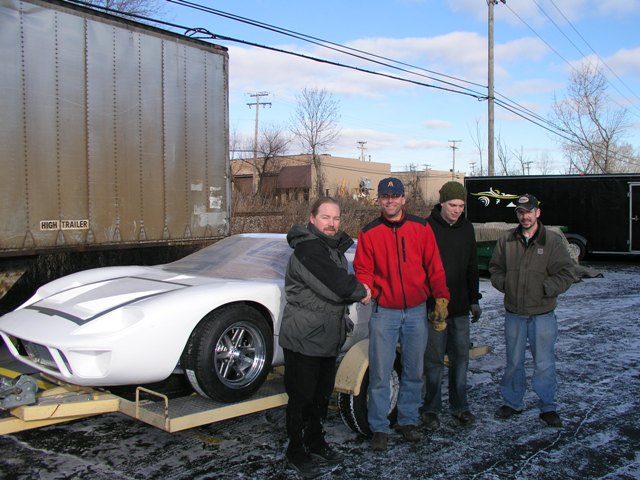 However, an even bigger thanks goes to my dad who thought it'd be "fun" to fly to Phoenix, drive non-stop to Detroit and back with a trailer and then fly back home to CT. It was actually pretty enjoyable and we had a great time (we used to do a LOT of summer roadtripping when I was a kid so we were both well prepared).

Dad at the wheel: 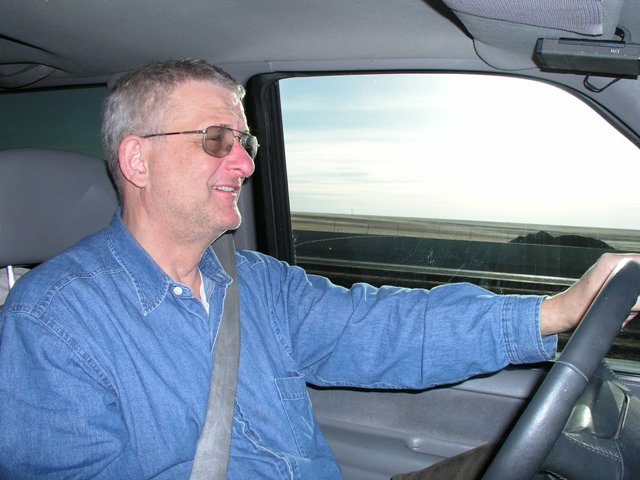 The entertaining irony- my dad flew from Connecticut to Phoenix and had a layover. Guess where. Yep, in Detroit... I was pretty lucky I didn't get the "whoops I missed my connection why don't you just meet me up here" call.

And now off to the build thread...

What a drive but look at the result!

First rate job of decorating the garage (great feeling, ain't it?). Very much looking forward to reading about the next chapter.

Thrilled for you, bro.

Congrats!! Car already looks beautiful!! What colors are you going with? And be sure to post a lot of pictures!!

Congratulations on getting your new mistress into her new digs! Take your time and pay close attention to all of her secret parts as you go. The end result will be unbelievably exhilerating! ;-)

Grats Chris,
Hope u will have soon that beauty on the road.....but not on Hersh trailer

That was a hellova road trip man. Wish I had known...I would have had you drag an AZ car up to the rust belt for me...

You will find this forum an excellent resource during your build. I am still amazed at the level of knowledge, integrity and community that exists here. It is unlike any other forum I have ever found.
J

Congrats. You will be very happy with your RCR.

Lifetime Supporter
Congrats Chris.:chug: If you are like me you will keep finding reasons to go to the garage to drool. Pity its to big to sleep with it under your pillow..

Supporter
Yeah guys, I can't wait. Hopefully there won't be much trailer riding in its future, and for the first 36h it was almost under my pillow (when I was sleeping).

My dad was joking about how much time he spent under my Mustang when we redid it. This time I hope he'll get to drive this more than he towed it.

Meantime, we worked on some body stuff for the next three days and he went back to the east coast tonight. I'll be trying to finish the fitment of the body soon and then move on to the more exciting stuff.

Plans call for keeping it white. I have always been fond of the Essex scheme so red stripes trimmed with black will be likely. I also like the way 1043 looks with a simple wide red sill stripe. Regardless, the recesses will also be blacked out because I really like the way that looks. I have a modest SBF and ZF planned for it and can't wait til it's all together!
You must log in or register to reply here.
Share:
Facebook Twitter Reddit Pinterest Tumblr WhatsApp Email Link
Top