Supporter
I have just been informed that my GT40 has been accepted for the 2020 Classic Le Mans.
I am very excited, what is better in this world, than to race at Circuit de la Sarthe in your own GT40? 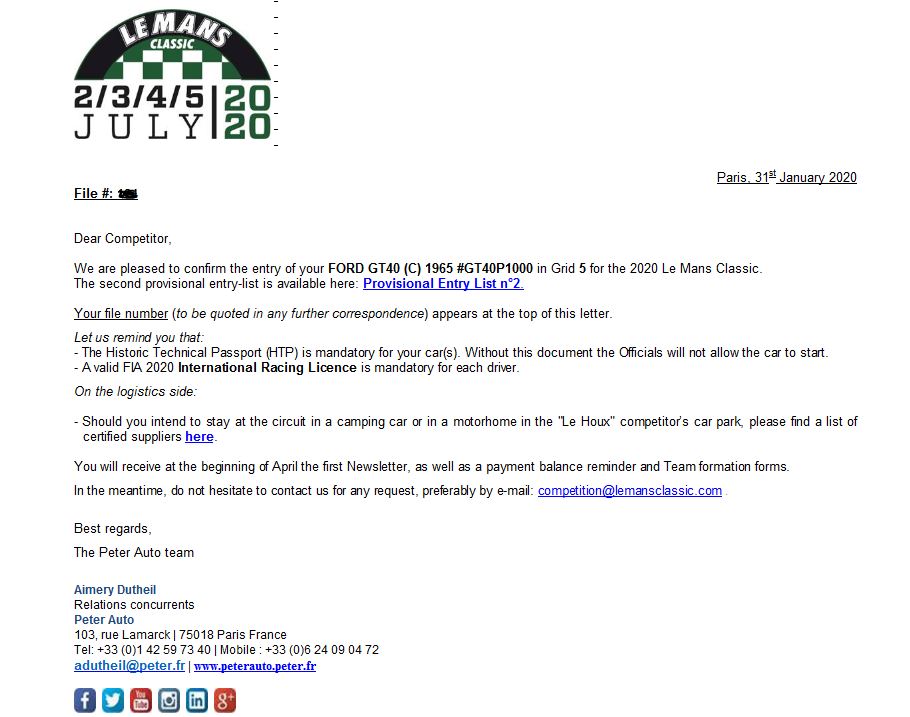 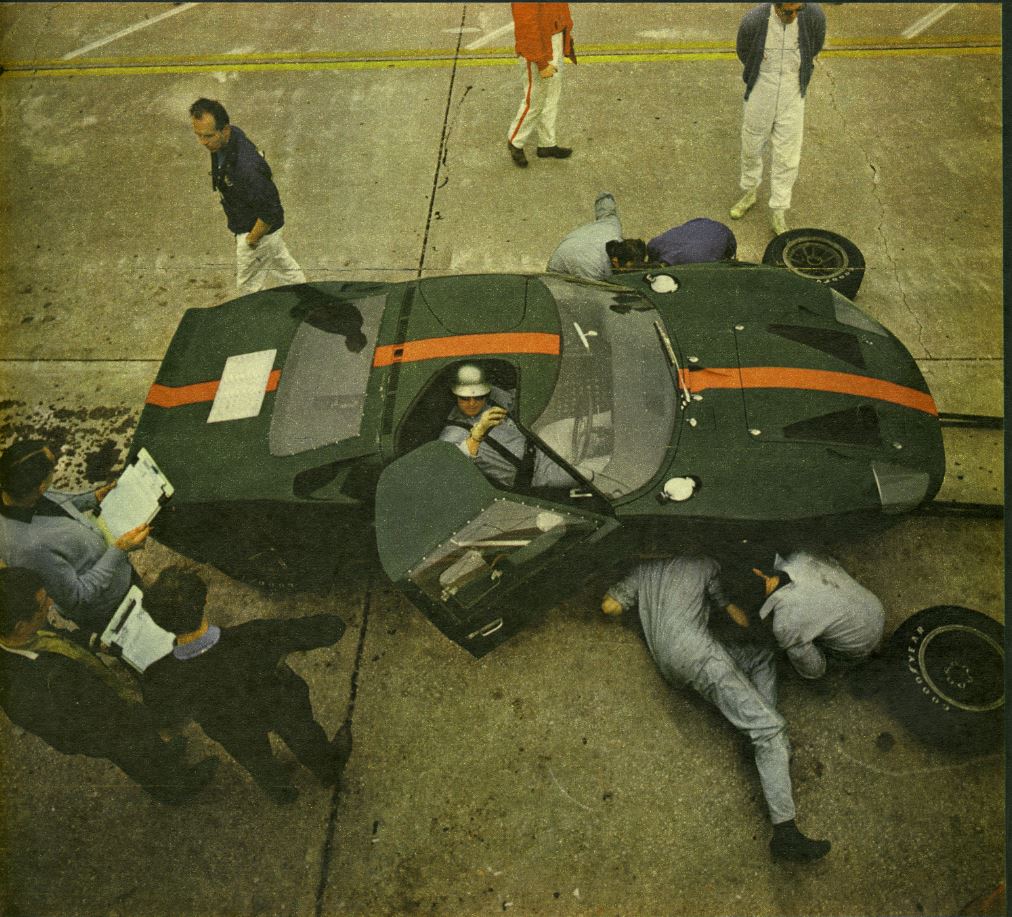 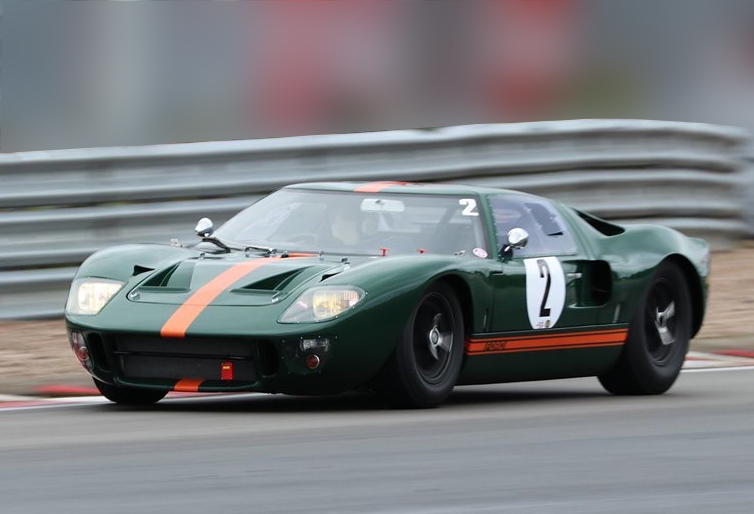 Congrats. If you need a PRO in the car let me know

Supporter
Thanks for the offer Jack. I would probably need it. But I already promised seats to a couple of amateur friends.
F

No problem, enjoy! If mines back together I’ll see you there. Great name by the way. My little boy is called Otto.

Lifetime Supporter
Great Looking car, you mention it is a recreation, could you confirm what manufacturer?

IanAnderson said:
Great Looking car, you mention it is a recreation, could you confirm what manufacturer?

Hi Ian. I have described my building process in this thread: https://www.gt40s.com/threads/hello-from-scandinavia.53260/ .
The monocoque was made by GOX in Sweeden, the rest was put together with as many original parts as possible.
I not sure, but it looks like the guys from " Building a Legend" also use the same a GOX made monocoque, so you may be able to order a similar chassis from them also.
Kind regards
Otto

Lifetime Supporter
Wow Otto, I think that is the first finished Gox that I have seen, I knew they were working for originality but getting to race it at LeMans is a great achievement. You deserve congratulations.

best wishes for the racing

Hi Poul R .
As far as I know, the other P1000 (W) is a Gelcoe chassis that they sold to a French (Monegasque ?) customer some years ago as a bare chassis.
I have seen the car at Classic Le Mans in 2018 a very nice and fast car indeed, in the green and white Comstock livery.
I will refer to your own thread: https://www.gt40s.com/threads/p-1000-w.51484/ , for pictures of this car.
I my opinion, however, they made a couple of errors when they build their car.
1: They omitted the roof ventilation which was built into the first 7 chassis numbers 1000-1007.
2:The Comstock team also created an extra-wide radiator intake which you can see on the picture below which is also missing from the 1000 W car.
3: The chassis plate is a later type and as far as I know, not correct for this first production chassis.
4: Extra wide wheel arches. Probably for being able to race with other prototypes but not quite correct for this chassis in Comstock livery.
5 Absence of the number plate lights stapped to the doors (quite understandable because they are very ugly)
6: There are some minor chassis details which you can see on the picture from the Sebring test which also is omitted.

When I started my project I was aware of this other recreation of GT40P1000. When doing research on the original Comstock car, I found the pictures from the test at Sebring from when it was delivered to Comstock team in the spring of 1966, and I thought it was more interesting to restore it as it was built by FAV instead of a car in Comstock livery. 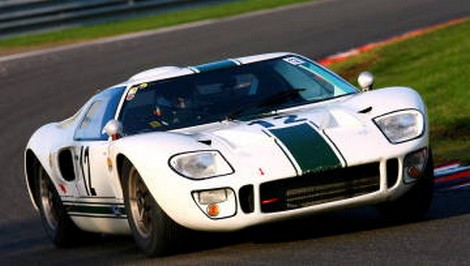 thank you for the clarification

That is great news. We are really pleased for you. Your's has been a journey few will be consumed by.
Now it is yours Sir..

So we now have 3 chassis accepted for major races this year and another 5 being built to accredited criteria with the FIA.
With a view to racing in 2021.

Go and enjoy it. It's been a pleasure to assist you.

Supporter
Thanks for all the encouragement. I will post some pictures from the event when we get there.

Which criteria must be given to get HTP papers with a replica?
Is that even possible?
R

www.fia.com
not sure if the link will work

With the 24 Hours now postponed until September, will the Classic be in October?
P

Only time will tell.
Sadly my crystal ball is down right now. All predictions are off.
Lets hope its not cancelled otherwise there will be something else not to look forward too.
But my shed is open and there is plenty to do on my build so fingers crossed the postal / courier system keeps leaving parts on the doorstep.
Best wishes to all in GT40 land.

Supporter
Depressing times for sport, although getting through this crisis is the most important thing.

I really can't imagine L.M Classic will go ahead in July, but as of today it still hasn't been postponed or cancelled.