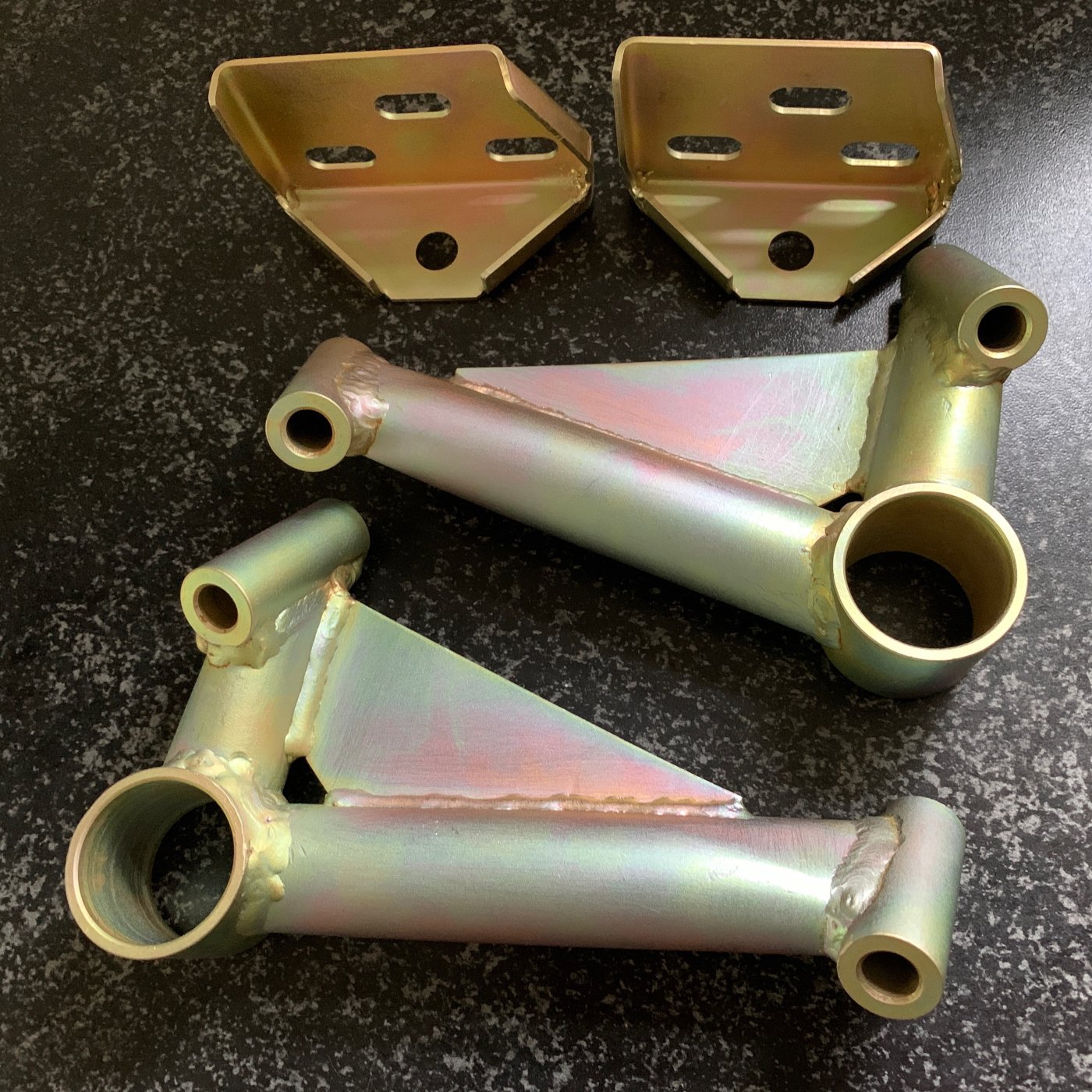 Yes, and I am slightly disappointed with the yellow but the Cad plating was a sales sample.
These were also heat soaked / de-brittled for 18 hours afterwords so maybe this affects the colour hue.

The bits will be painted with silver or black enamel.

Supporter
Are you sure these parts are actually cadmium plated? Cad plating is not often done these days because of toxicity issues and it has been largely replaced by zinc plating with a passivated finish. The passivation can be colored gold, light blue or black.

Lifetime Supporter
Neil,
Yes and thanks for your expert opinion again.

So answer me this, who does the Cadmium 2 spec. plating on all of these expensive aircraft bolts that we are using ?.
(no please don't as this is my build log)

We paid £69 each for a batch of aerospace bolts recently so they better be Cadmium 2 plated as certified.

Incidentally the forged parts for my Vincent were also clear Cad I plated in the US recently.

Supporter
Virtually all cad plating these days is done for military and aerospace applications. There are very few facilities that offer cad plating due to the lack of high volume commercial demand. I gave up trying to find a shop that would do cad plating on onsey-twosey items so now I use passivated zinc plating instead. The appearance is virtually the same between cad & zinc plating once they're passivated.

Lifetime Supporter
I know that.
Aerospace Cad 2 with the yellow chromate finish is indeed similar in appearance to passivated zinc but it has a much longer service life than Cad 1 and zinc comes nowhere near close.
This finishing company did this example for me after discussing an Alochrom 1200 order for some alloy castings that I am doing.
I also have a lot of original GKN bolts for these cars and they might help me with these if I can get them stripped clean first.

There is another supplier close by who did a plasma Titanium nitriding order for me some years ago and they also offer cadmium finishing.
Expensive game and 'oneseys' would be out of the question with both factories.

Lifetime Supporter
There has been lot of chat on various threads about these Hartwell latches recently.
Here is the set that I am using made from original parts.

The brackets being machined from billet are not to original material spec. however as these should be investment castings. The pattern work for these is only my list. 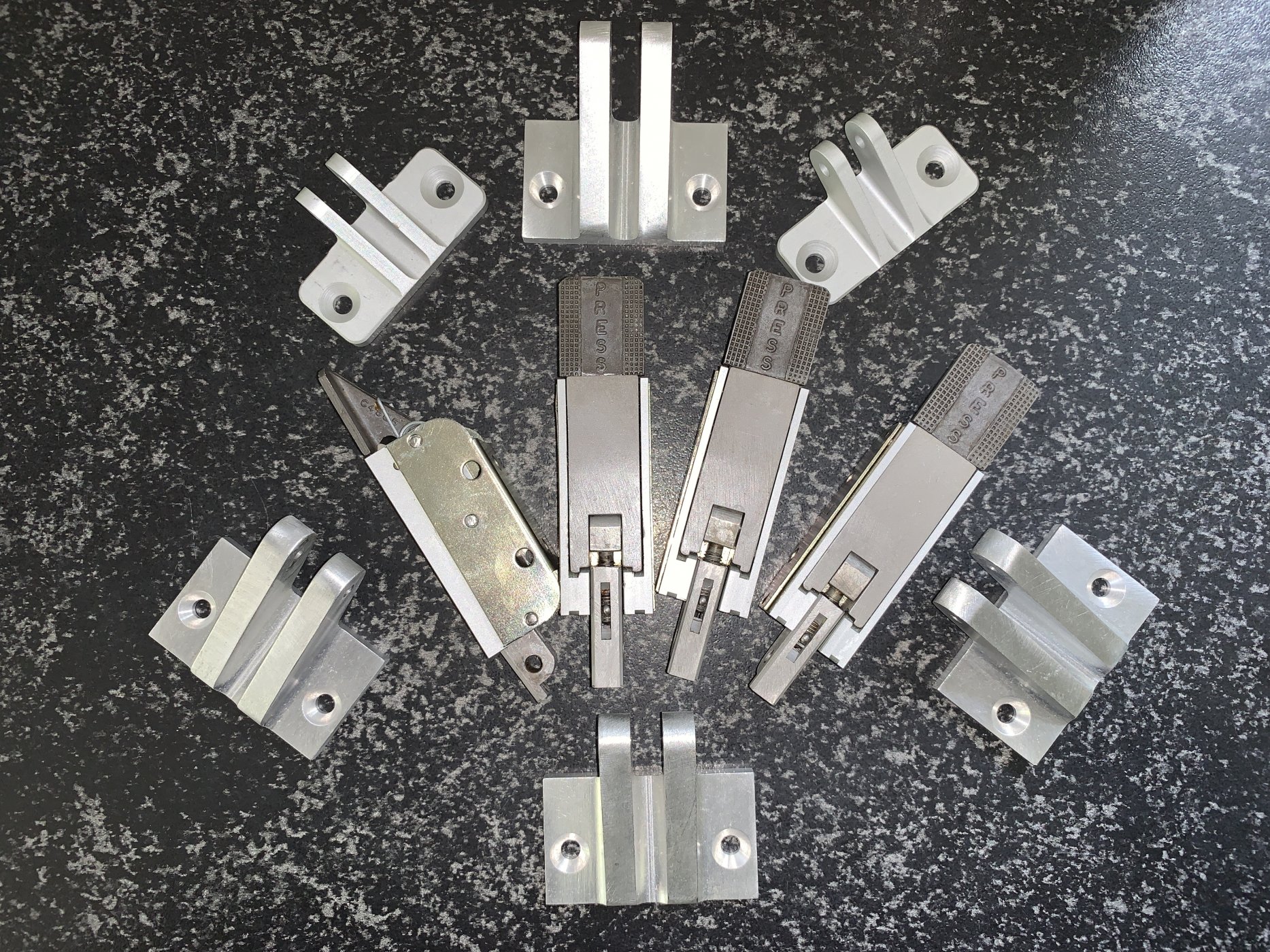 Lifetime Supporter
I picked up a few gear shift castings today from the foundry.
These new patterns were done in traditional sand and heat treated.
I am very happy with the final result. 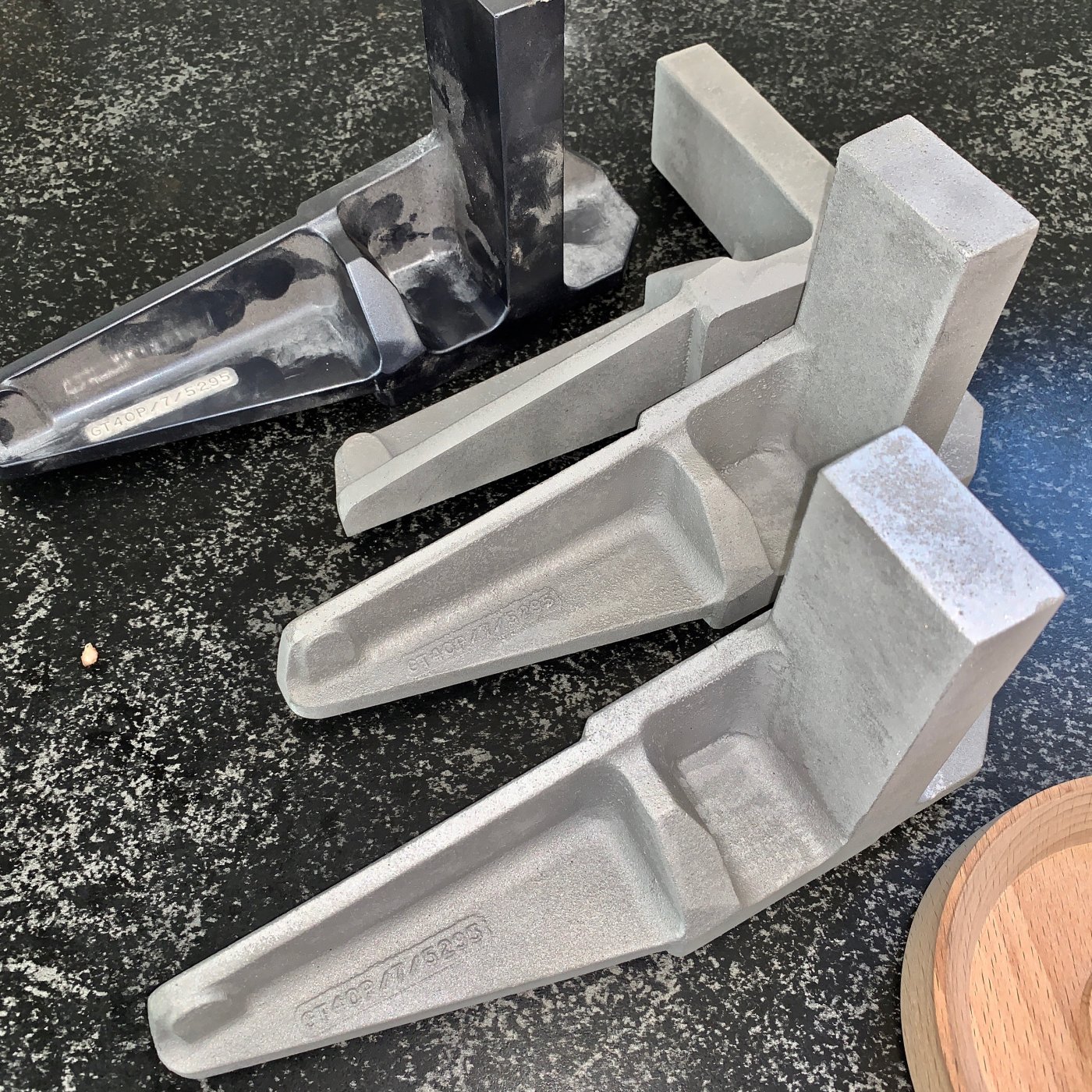 Admin
Lifetime Supporter
I need to chime in here just to say —
Your attention to detail is second to no one James... Kudos!
I love sending people to this build log...

Lifetime Supporter
Waiting for the glass man to turn up today to glue in the heated screen on Alistair's car. 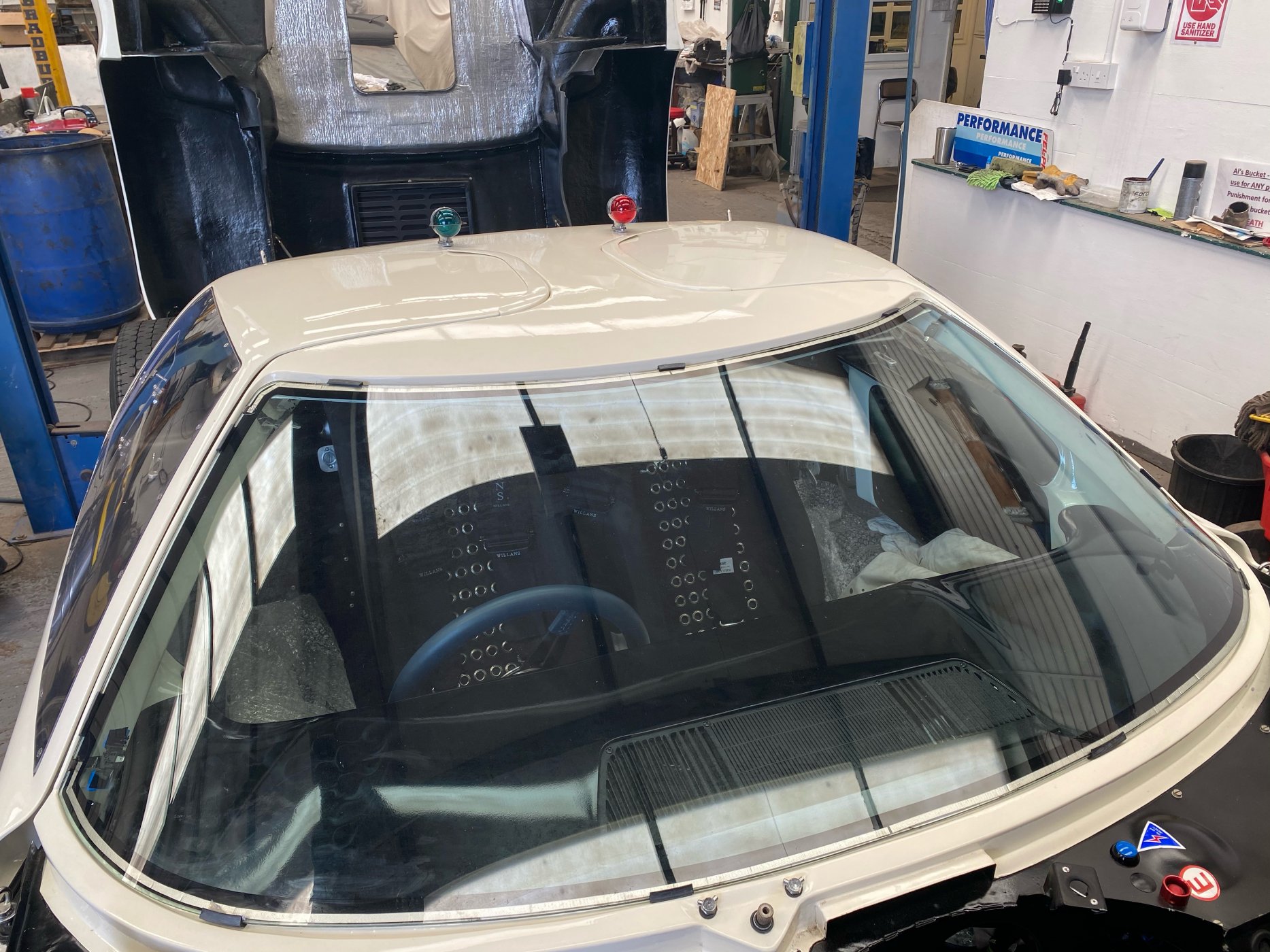 This is the final job before the FIA inspection.
W

Thank you Dave
Alistair is the main man on this project now so Kudos must go to him.
W

Quite right James, I should have remembered Alistair. I can't express enough how much interest and joy comes from seeing the high level of engineering and commitment to the art shown in your posts, so thanks to both your good self and Alistair for providing that. Great job Alistair

I've been playing in my sand pit again this weekend.
Some more pedal boxes and R/H gear shift brackets, and very contented with the results. Heat treated L169 alloy.
Click to expand...

When I saw your recent post about gear shift brackets I thought I had a Déjà-vu.....

But it was not, just found an older Post!?

re: Jimmymac & Alistair's Cars Hi Jimmy, Ray and Steve its nice to see this heading in the right direction and I'm pleased to see the quality and accuracy coming to fruition. best regards to all concerned Chris Melia.
www.gt40s.com

Supporter
exceptional job james and alistair ,thankyou for taking the time to share with us all it is very much appreciated

When I saw your recent post about gear shift brackets I thought I had a Déjà-vu.....

But it was not, just found an older Post!?

re: Jimmymac & Alistair's Cars Hi Jimmy, Ray and Steve its nice to see this heading in the right direction and I'm pleased to see the quality and accuracy coming to fruition. best regards to all concerned Chris Melia.
www.gt40s.com

Yes it was also a bit like deja-vu for me.

The story is that I had a few of the older ones left but I NEVER liked them.

The old batch was patterned to the original drawings and they had the wall thickness at only 0.180" or 4.7 mm thick which I think looked too skinny, especially after machining the back of the angle to fit the top plate bridge and the front scallop for the door post buttress on the sponson. (the reason for the breakages at the front)

My humble opinion is that it appears that the initial design for this bracket was not really thought out properly and there were ongoing revisions to it after the chassis was finalised, instead of reviewing it and starting again to develop a stronger one piece unit which fits the as-built chassis.

I suppose the design was passed OK as the unit was built to last but a short life cycle but we are not doing that.
Incidentally the FAV draughtsmanship would never have passed muster in any of the engineering offices that I did my time in.
Typically, the bracket and lever drawings are poorly notated and have errors mixing up imperial fractions and decimal measurement.

Below is what I believe is the Willment / Brian Angliss bracket used on the later prototypes (P1086).
It has a thicker and much stronger one piece casting incorporating the top bridge for the shift plate and a joggle at the front of the angle for the buttress.

I might still make a few of these as I have plenty enough hardened gear levers left. 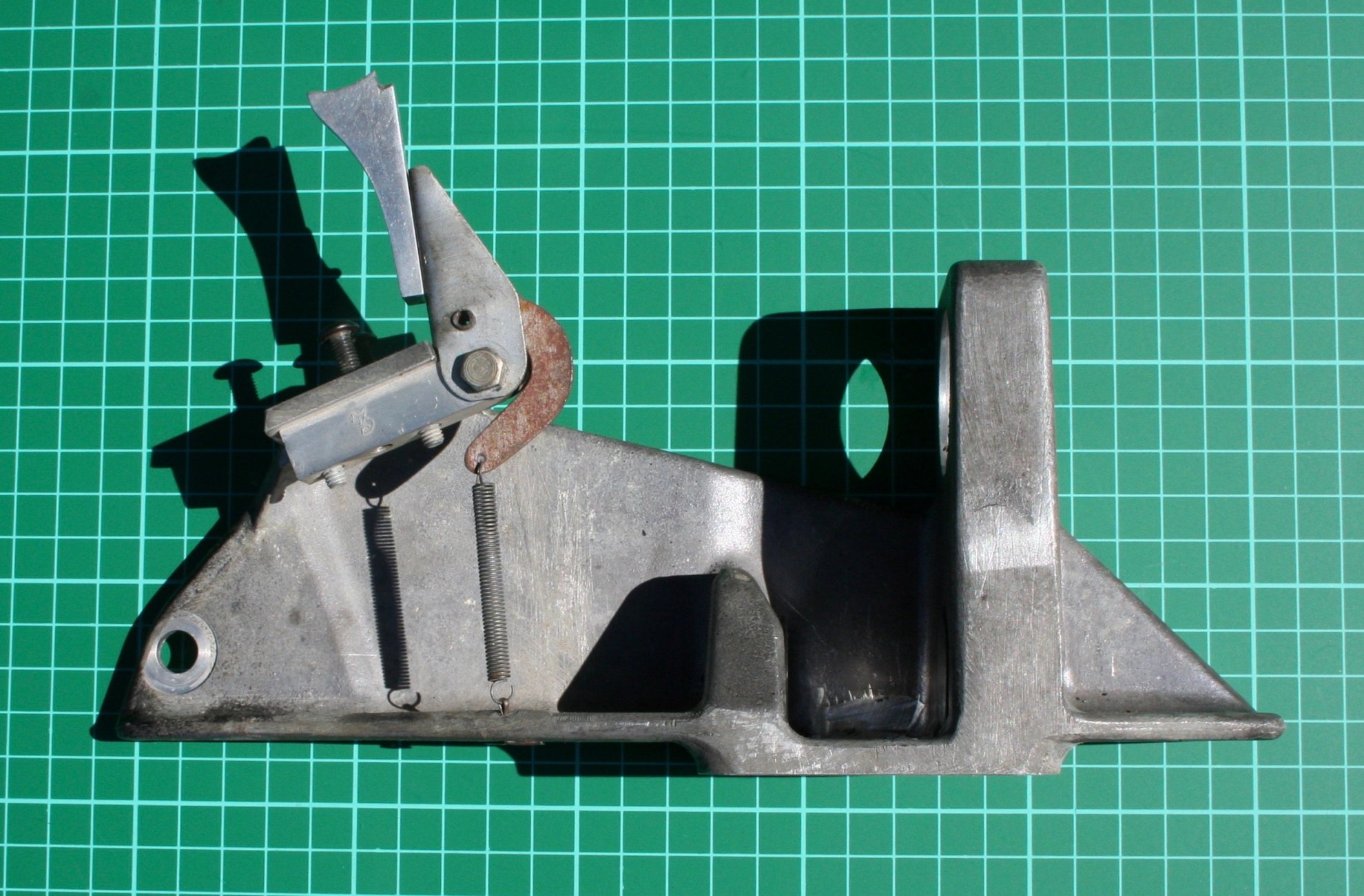 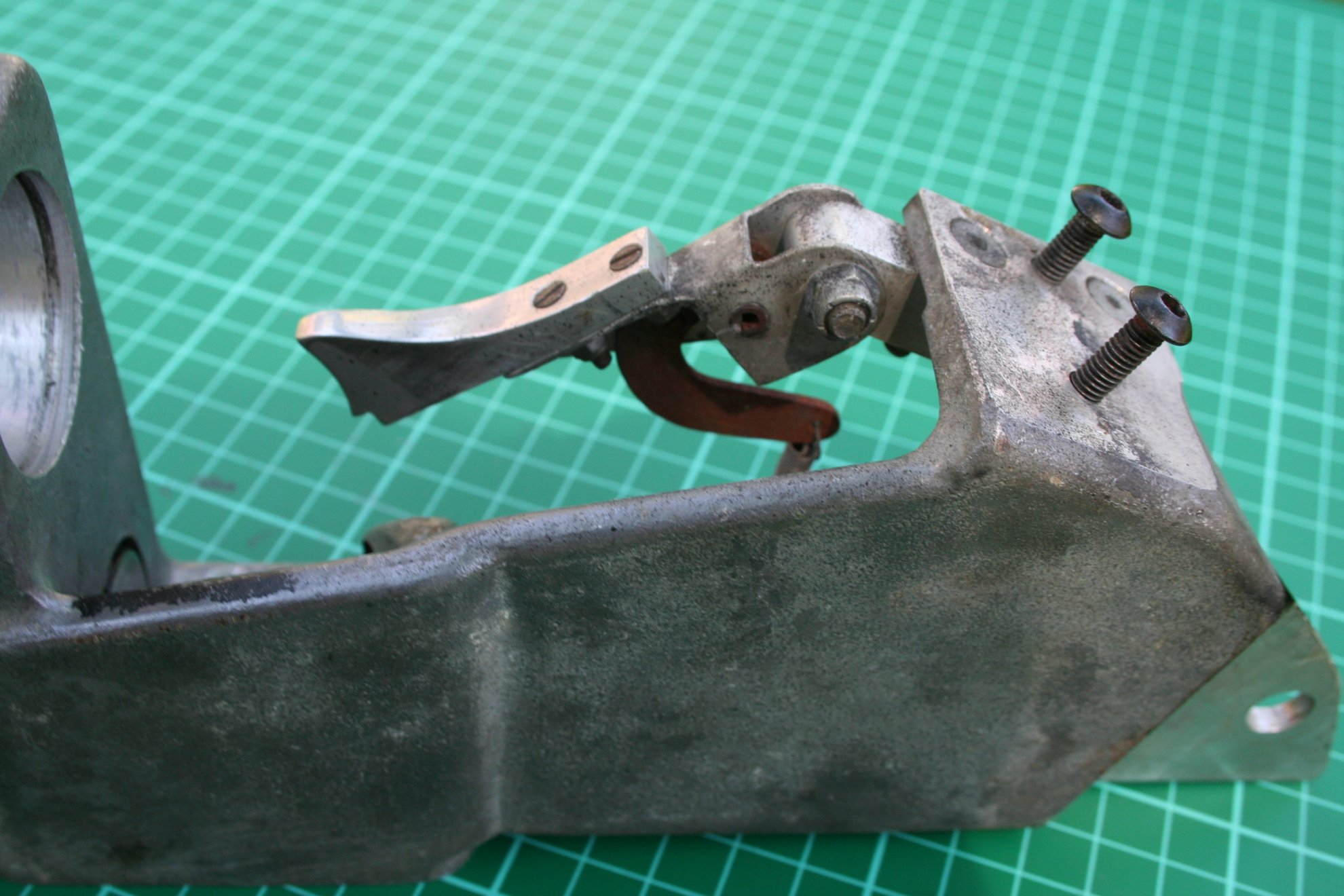 Thanks for your detailed feedback.

Your build(s) is(are) very fascinating. Not just the craftmanship but also the engineering portion of it. Your always go a few extra miles.....

Keep going, I look forward to see and hear her running. 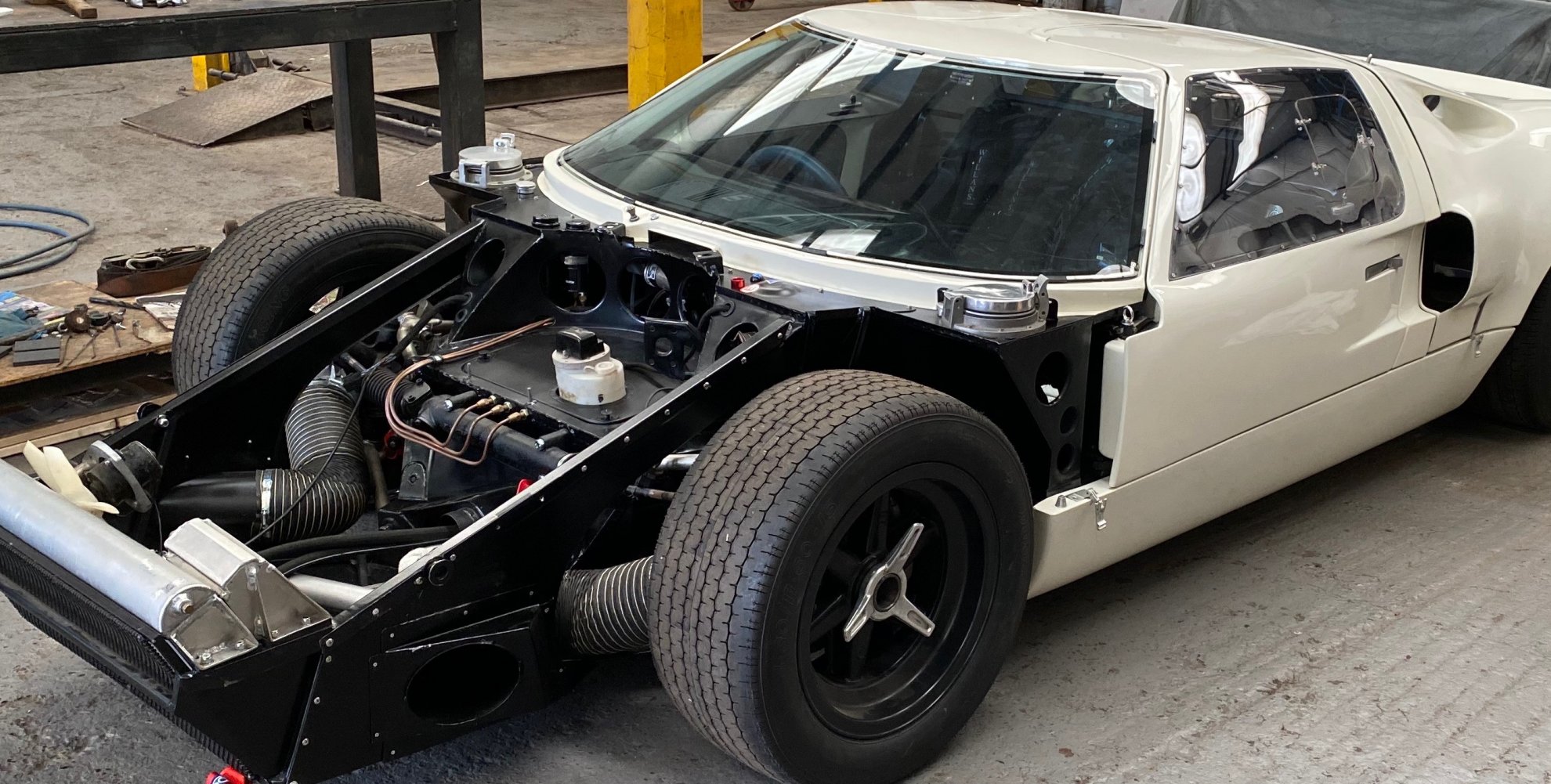 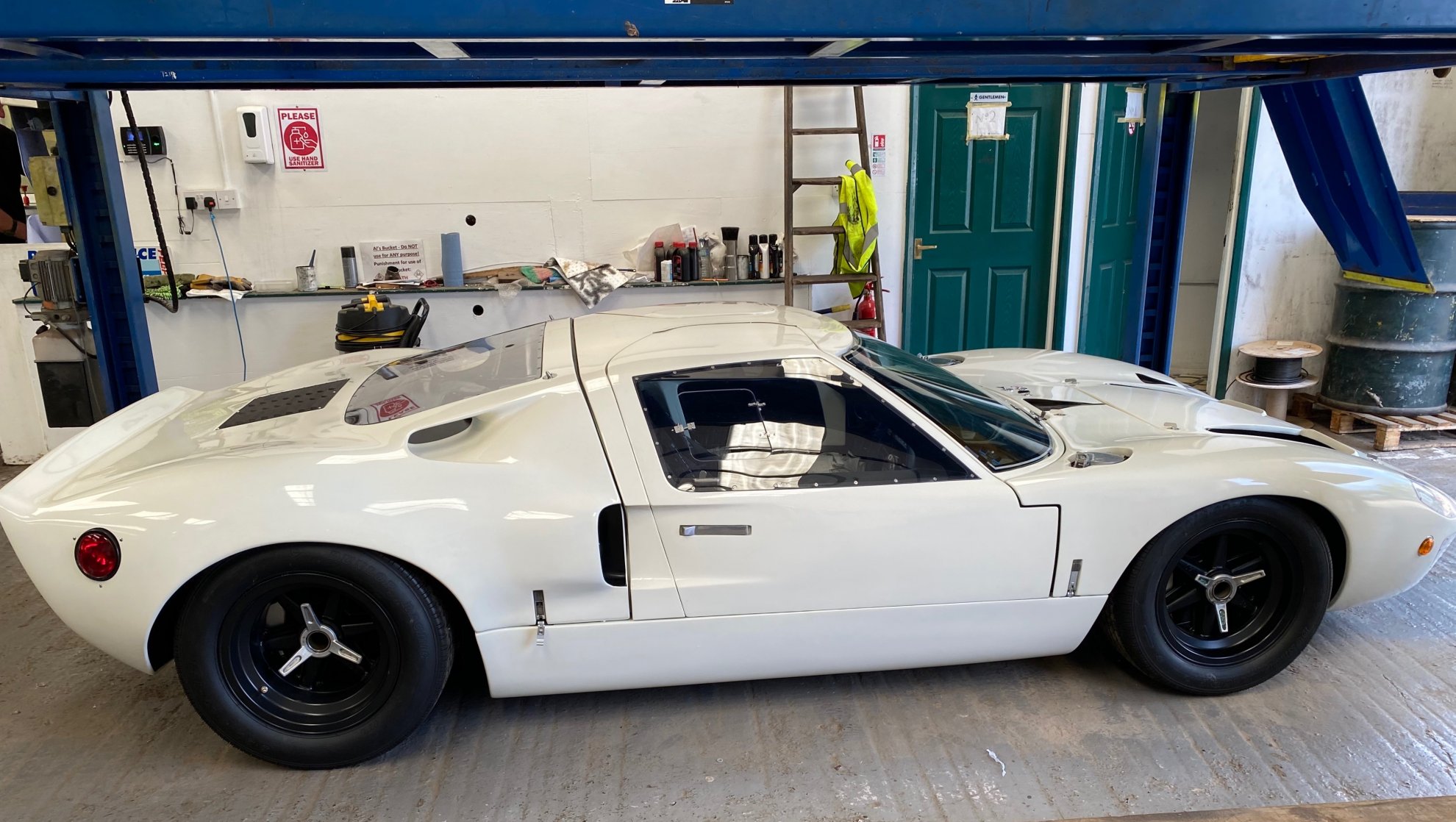