Supporter
I am delighted to say that I have just been to collect Southern GT chassis #48 from Mick and the team, together with a pre-cut aluminium panel set, wishbones and fasteners. Doesn't sound like much, but I'm sure it'll keep me out of mischief for a while. 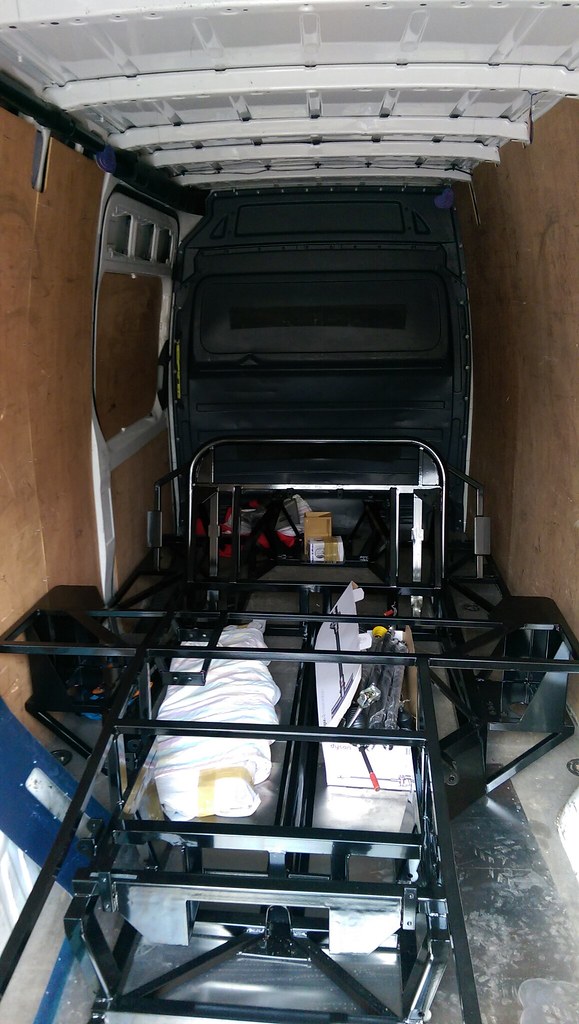 Safely back home after a 600-mile round trip 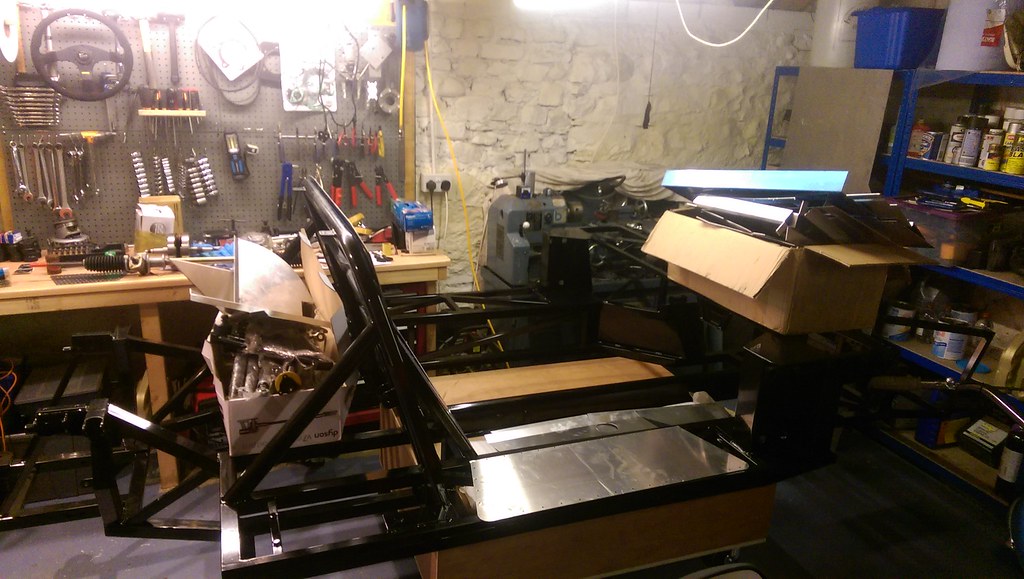 Chassis with its stablemates 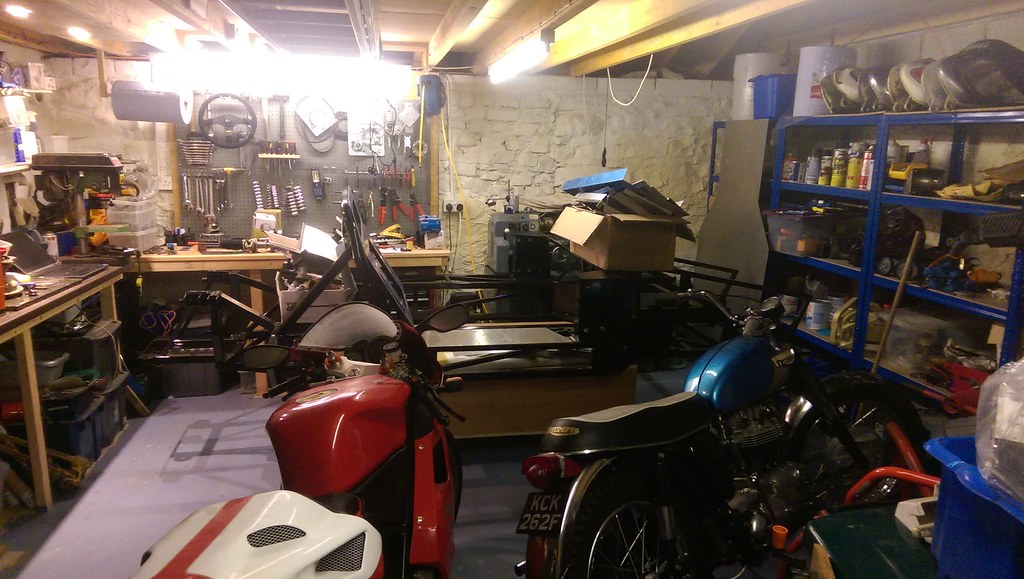 The build will take as long as it takes, with a full-time job, two children at school (one of whom is still in primary school...) and the inevitable other demands on my limited free time. The plan is to build a car with the look & feel of a 64/65 car, 289 or 302 depending on what becomes available and a UN1/013 (which I already bought, and which is currently with Chris Cole for a refresh and high 5th gear install)

Supporter
Looks like it’s time to get an air rivet gun - unless you want arms like Popeye!
With the high top gear maybe think about a stroker kit. Anyway good luck and enjoy your build.
Cheers
Mike
B

Supporter
Nice one Eddy now the fun begins.
Mikes right, if you have not got one, I have an air rivet gun you are welcome to borrow.
Finished with that stage.
Thank God!
N

Supporter
Exciting times Eddy, thanks for acting as delivery boy for me, loving the bikes,

bobjmanchester said:
Nice one Eddy now the fun begins.
Mikes right, if you have not got one, I have an air rivet gun you are welcome to borrow.
Finished with that stage.
Thank God!
Click to expand...

Thanks for the offer, but I already ordered an air rivet gun. Last car I built I did all the rivetting by hand and you soon get hacked off with the jolt to your wrists as the inner nail shears off.

Some pics from that build...15 years ago! 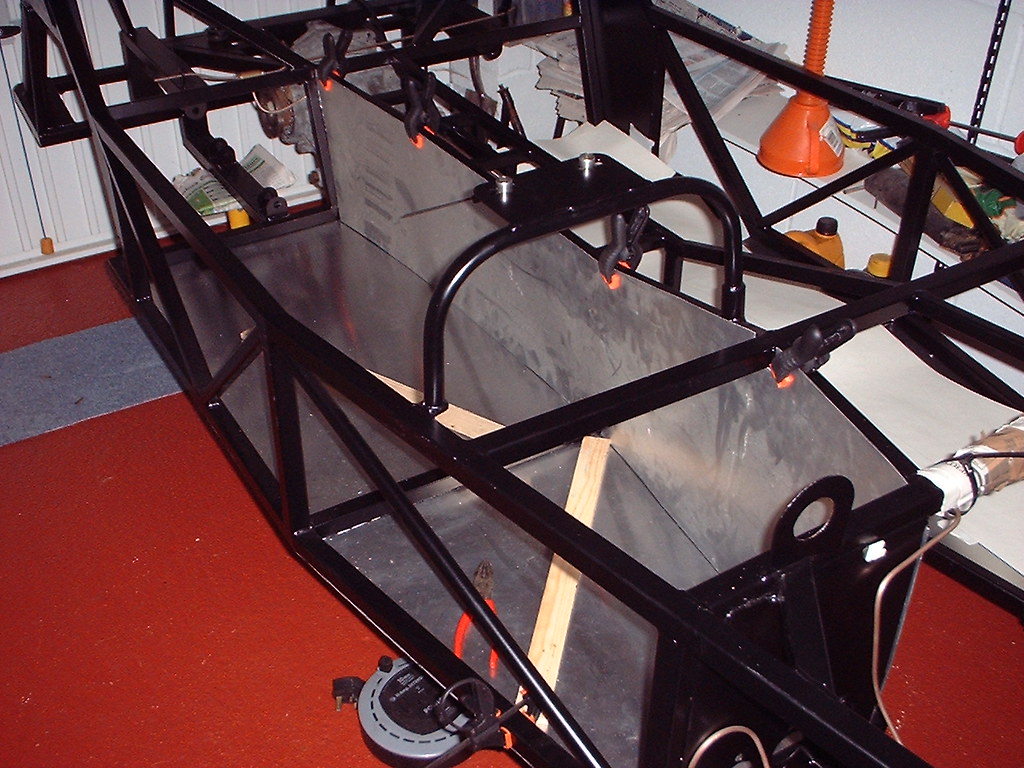 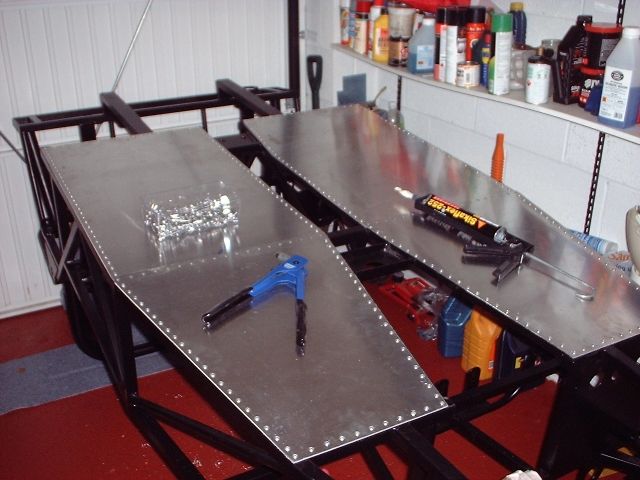 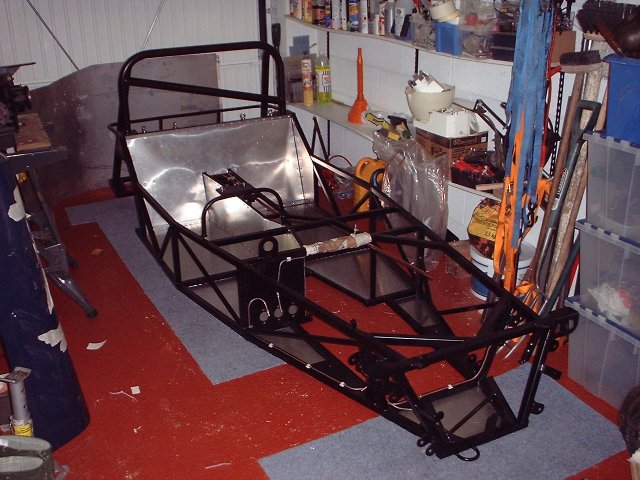 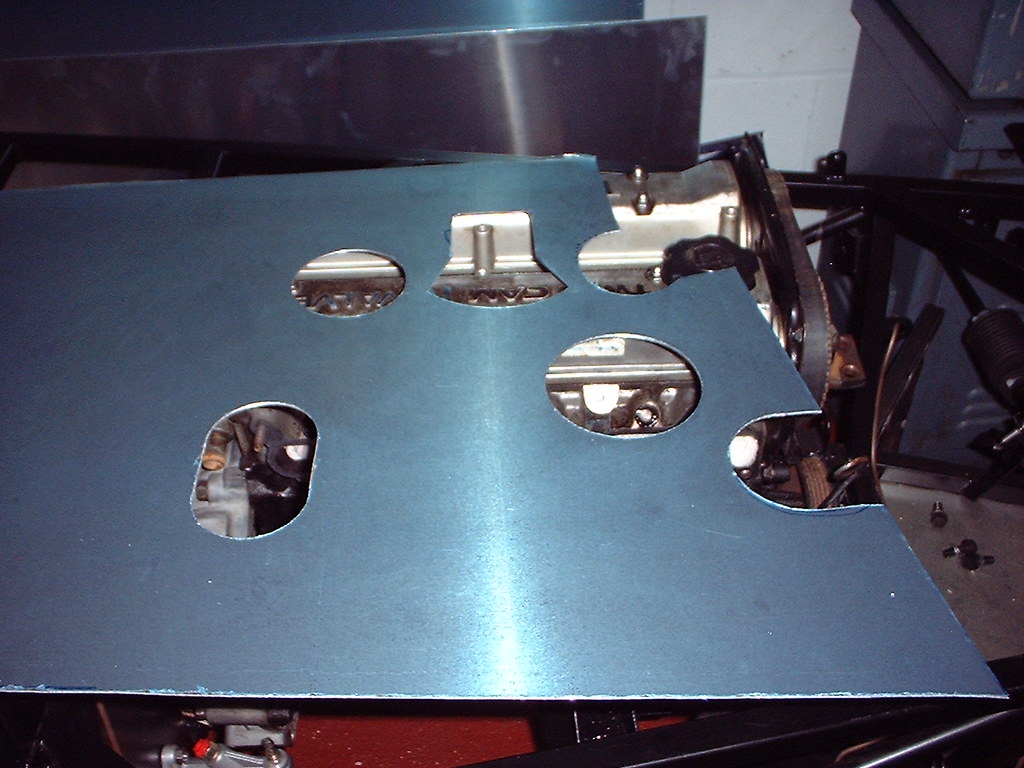 
and finished with snips. 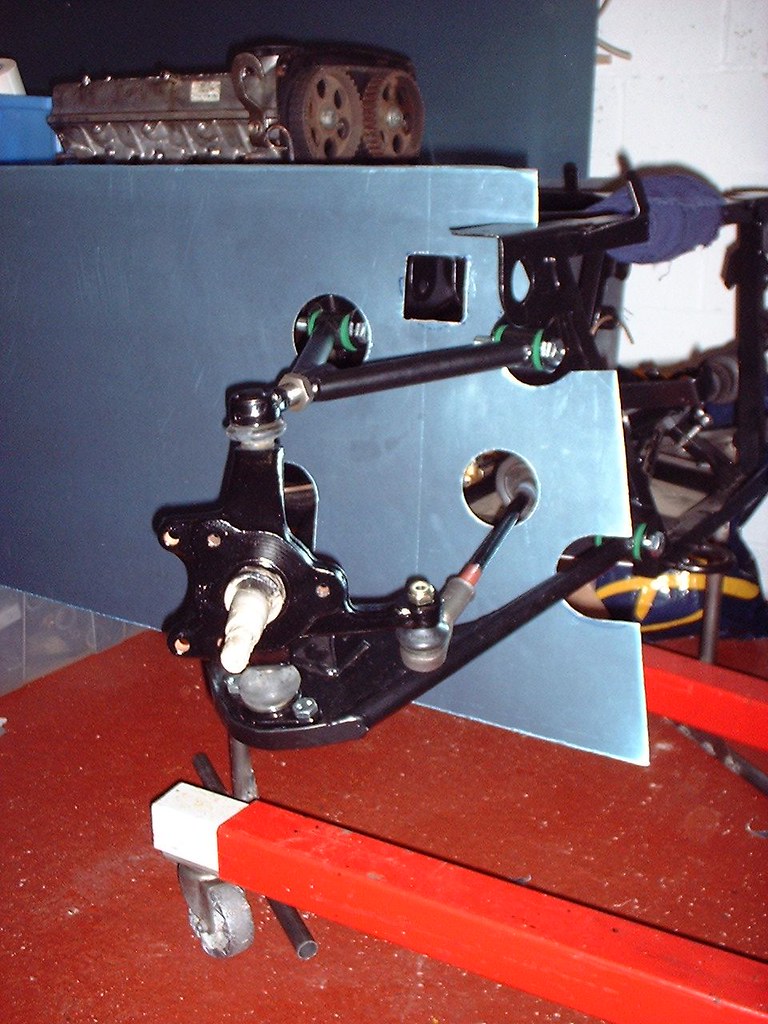 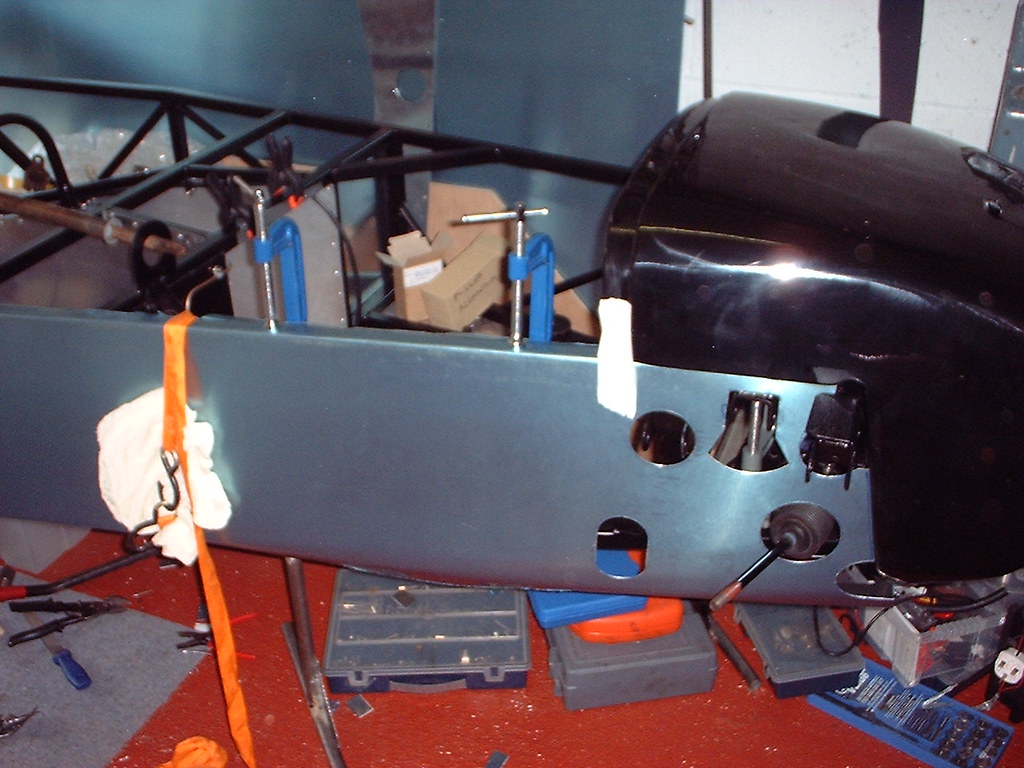 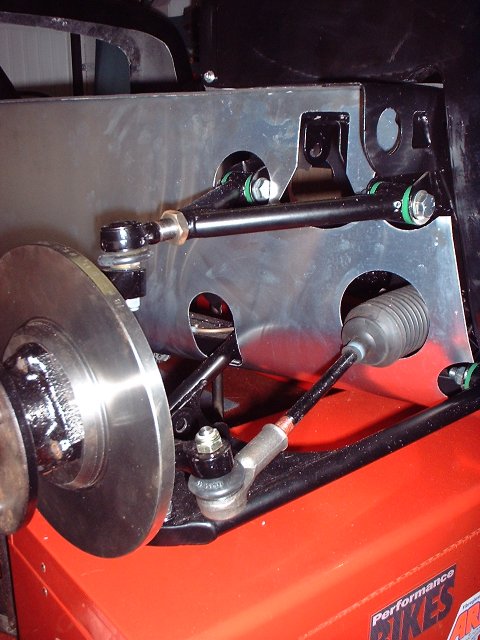 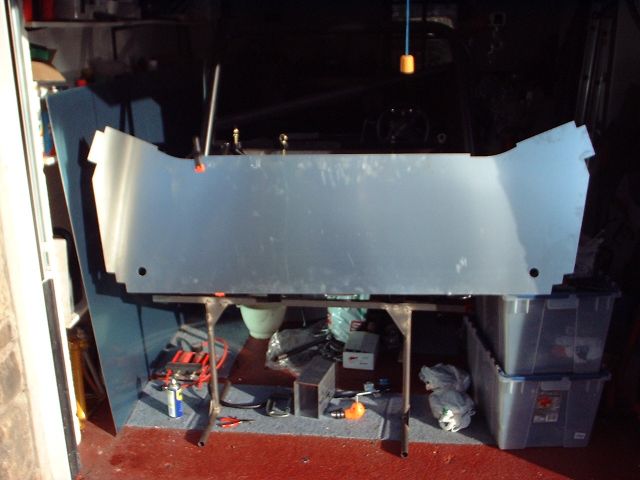 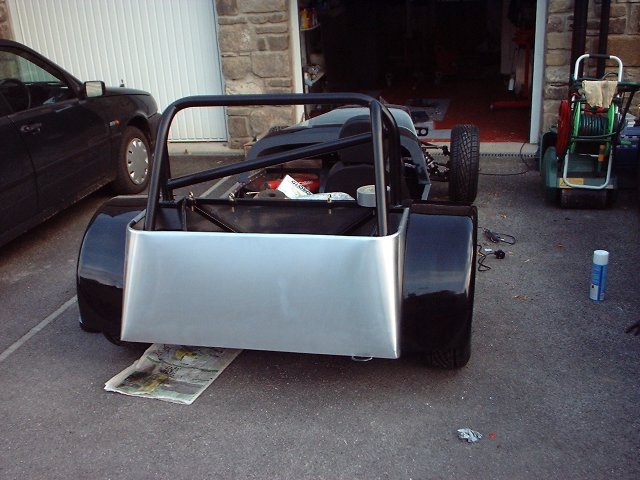 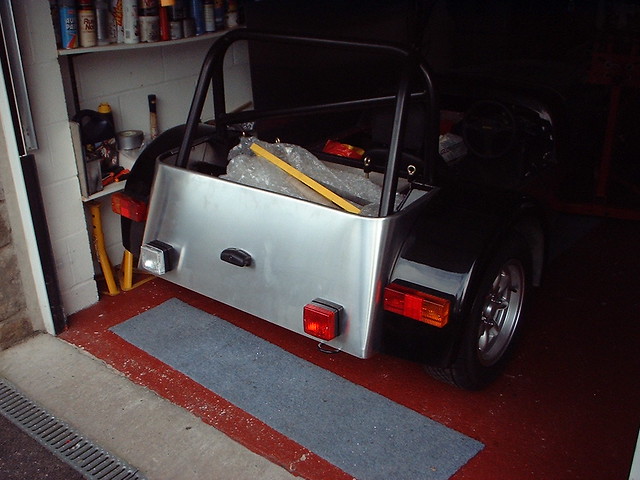 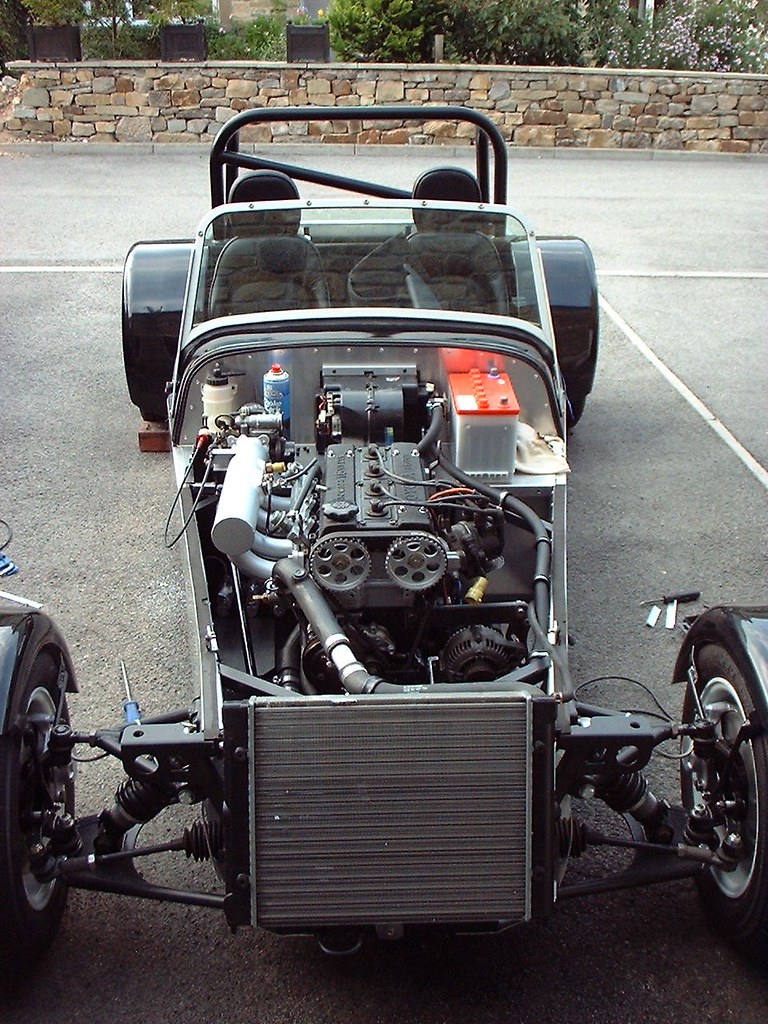 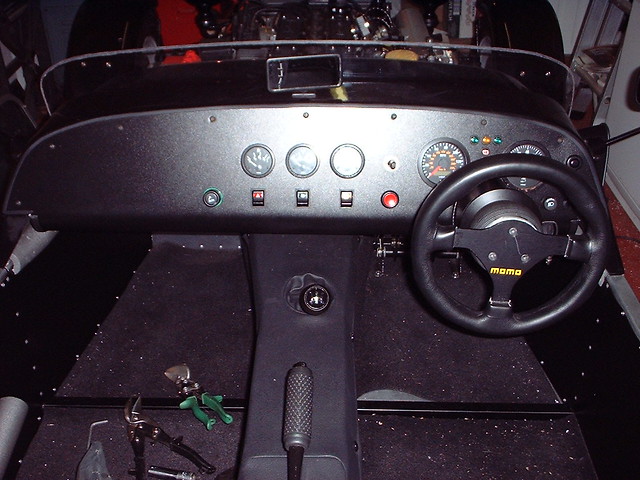 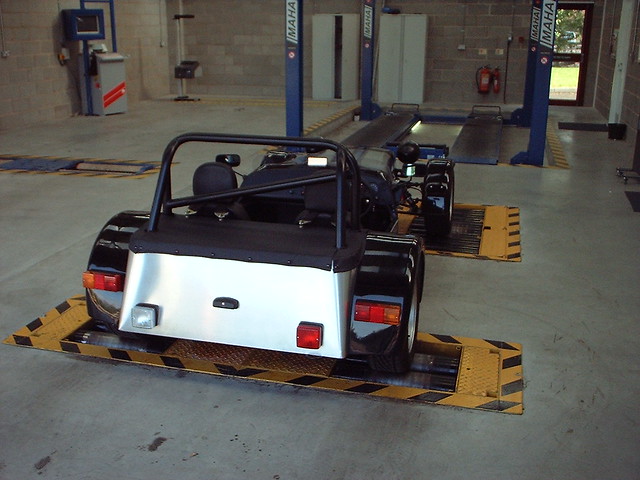 Barbon Hillclimb 2006 (note to Mark Boyers....that's Matthew in the photo!) 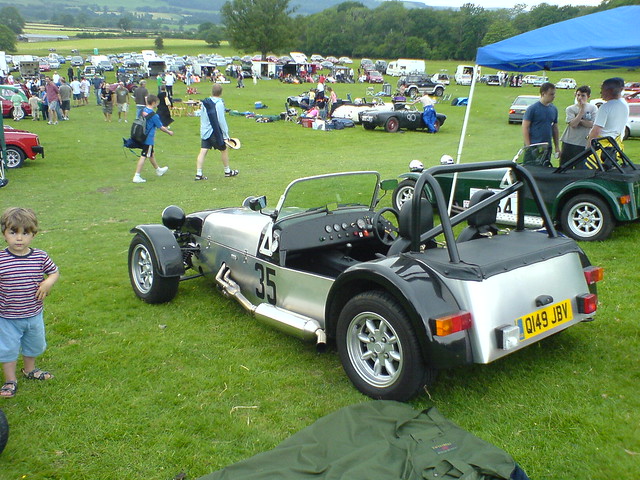 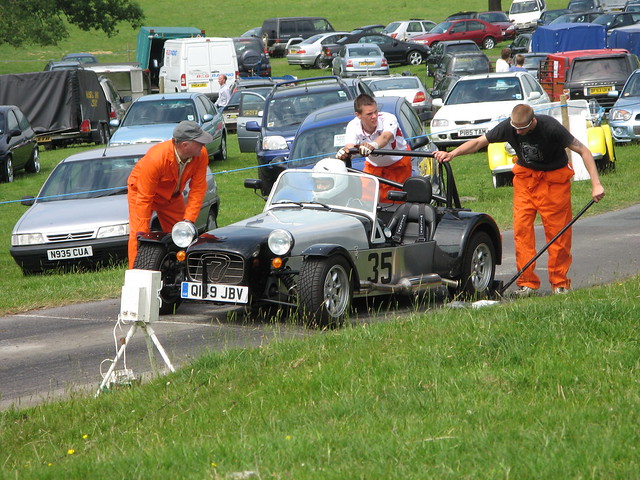 Good luck with the fun, the stress, the uncertainty, the questions, the “what the Hell”, the should I shouldn’t I, the “if only” and finally “yep I did it my way”. There are some really special people here that you already know who are a real comfort when stuck at a crossroads not knowing which way to turn.....
Best of luck
Mark
T

Thanks for the offer - I sent a reply at the weekend, but it's stuck in limbo awaiting moderator approval because it contains links to a Flickr album.

BTW, I bought my first Kit Car magazine in 1982(-ish) with a replica Porsche 718 RSK on the cover, and it wouldn't have been many years later when I became aware of some beautiful replicas of a classic, pale blue French 1920 race car. You are that Bob J, aren't you?

bobjmanchester said:
Nice one Eddy now the fun begins.
Mikes right, if you have not got one, I have an air rivet gun you are welcome to borrow.
Finished with that stage.
Thank God!
Click to expand...

Supporter
That’s me Eddy.
Some of my previous life here.

It was good fun.
Nice to see your previous build pics.
You are going to enjoy this one and the Southern GT is a great choice.
I just had to weld another chassis together!

Supporter
Nothing to report yet! Have been buying rivets...2000-odd sealed end 4mm rivets in a couple of different grip lengths

A pack of Presto 4.1mm drills (these are great - have a split-point tip which means they self-centre without a centre-punch mark) 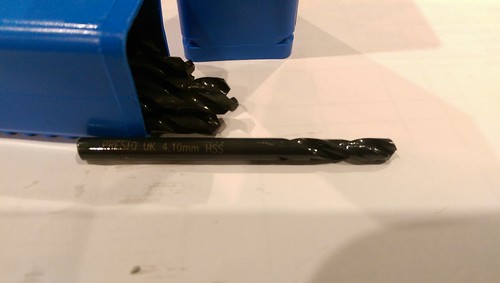 and a fan-spacer tool for laying-out the rivets 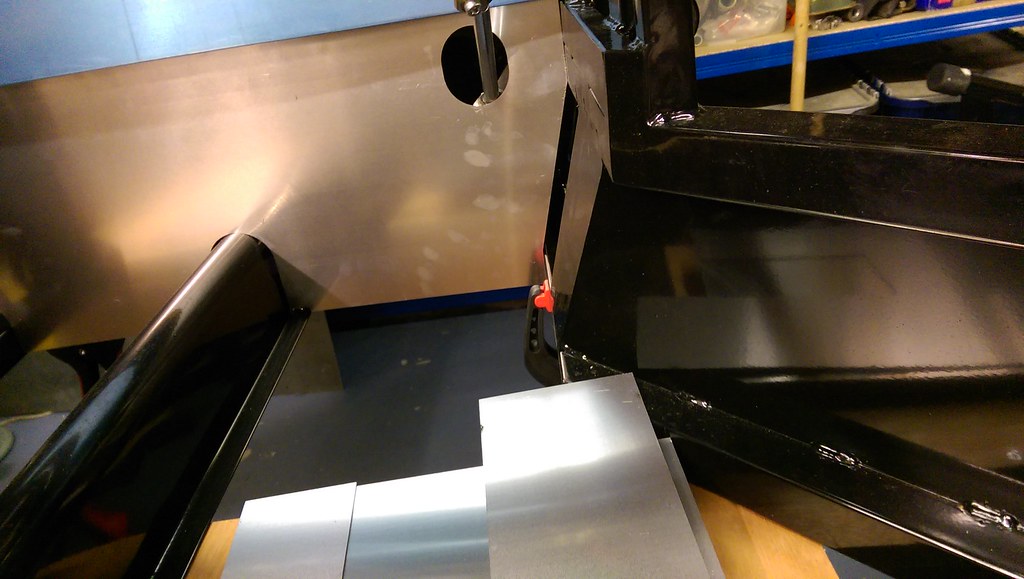 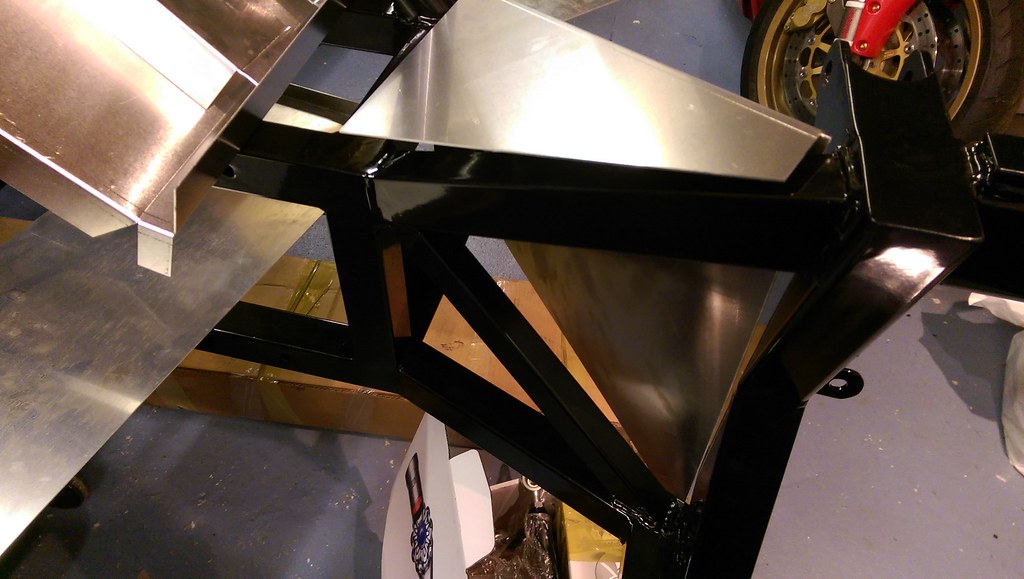 Well....I say bewildering, but in fact it was pretty easy to work out. Mind you, I've been studying everyone's build logs on here for years - so much so that I think I have a 3D model of a GT40 in my head.

I think I'm going to need more Clecos....if anyone has progressed beyond panelling and would like to rent me a load of 4mm Clecos for a few months I'd like to hear from them.

Supporter
Laying-out and drilling panelling. Using 50mm centres for the rivets....is this too close?

Looks good to me
M

Supporter
I took 60 to 70mm, but if you watch classic race cars, your 50mm looks fine.

Supporter
The stack of panels which have been trimmed to size, drilled & deburred and set aside for later use is growing nicely. I collected my rebuilt UN1-013 from Chris Cole a few weeks ago:- 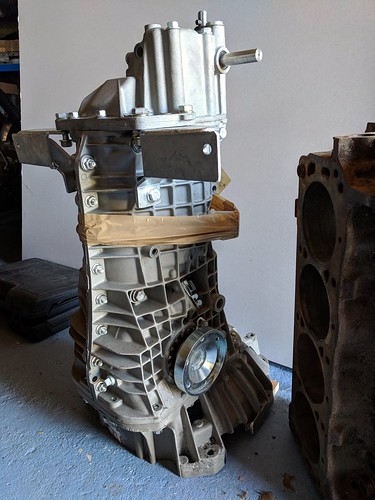 and sourced a filthy old 1972 (?) 302 block, crank, heads, rods & pistons. At the time I bought it, the heads were off and the rest of the motor was still assembled, but a mate collected it from the seller and, before strapping it to a pallet and sending it to me he insisted on tearing it down "out of morbid curiosity" (his words). 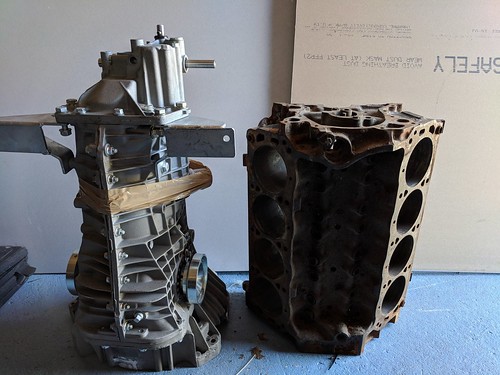 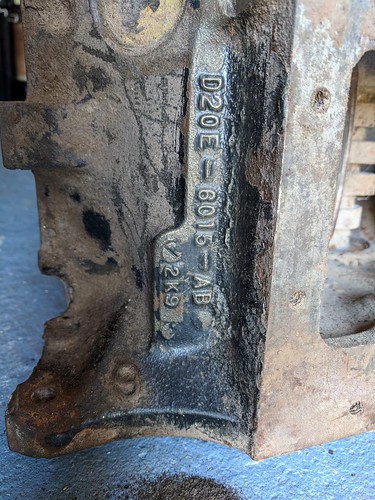 Bores are still at 4" or thereabouts so not been bored yet. The crank has me scratching my head - the main bearings and rod journals measure (I only have metric micrometers, so both mm and inch sizes are quoted):-

That looks to me like the crank has previously been ground undersize, but will it take another grind, and are bearings available?

The aim for this motor is very modest - standard throw crank, 306ci by the time it's rebored, Comp Cams 268h, best ally heads I can stretch the budget to and a 600CFM 4-barrel carb. I'll be happy with 300bhp, ecstatic with 320!

Supporter
D2OE block is indeed 1972 from a Ford Fairlane or Torino. As it is pre 1975 the emissions requirement for IVA is “no visible smoke.”

Supporter
Mike - that's great, thanks. In that case what I think I have is:-

ie. mains at 020 under and rod journal at 030 under. Maybe OK for a low-power build, but I need to be looking for a replacement crank.

Supporter
Try Kenny Coleman at EDA. He builds lots of american V8s and often 302 strokers so he may have a good standard crank lying around. He built Mark's engine. He will run your engine and set up on the dyno for about £300.

Supporter
If you want a copy of the article with all the basic info on the SBF that I wrote for the club magazine send me a Private Message via this forum with your email address and I will email you a copy.