Southern GT Chassis #54 Build - The What Have I Done Chronicles!!

Been far to long since my last update so some pictures below, all panelling now done, brake and clutch pipes made and fitted and all suspension bolted onto the beast.

Took delivery of gearbox and engine, have gone with the recommendation of Mick @ SGT and got an early block which I have stroked to a 331, UN1 box fully rebuilt with LSD and the standard strengthening packages.

Next job is plumbing, quite a task getting the various clips in place but cannot see any real issues, rad is fitted.

Next job will be the loom, that should be fun!! Have the seats and Santa Claus in the shape of my parents got me the steering wheel which to boost moral after my grazed knuckles of pipe fitting I fitted it to the boss so I can sit in the shell and make car noises!!

All going pretty well, I have the body stored safely along with glass, etc, will be doing a load more over the coming days so will aim to try to keep the log a bit more up to date. 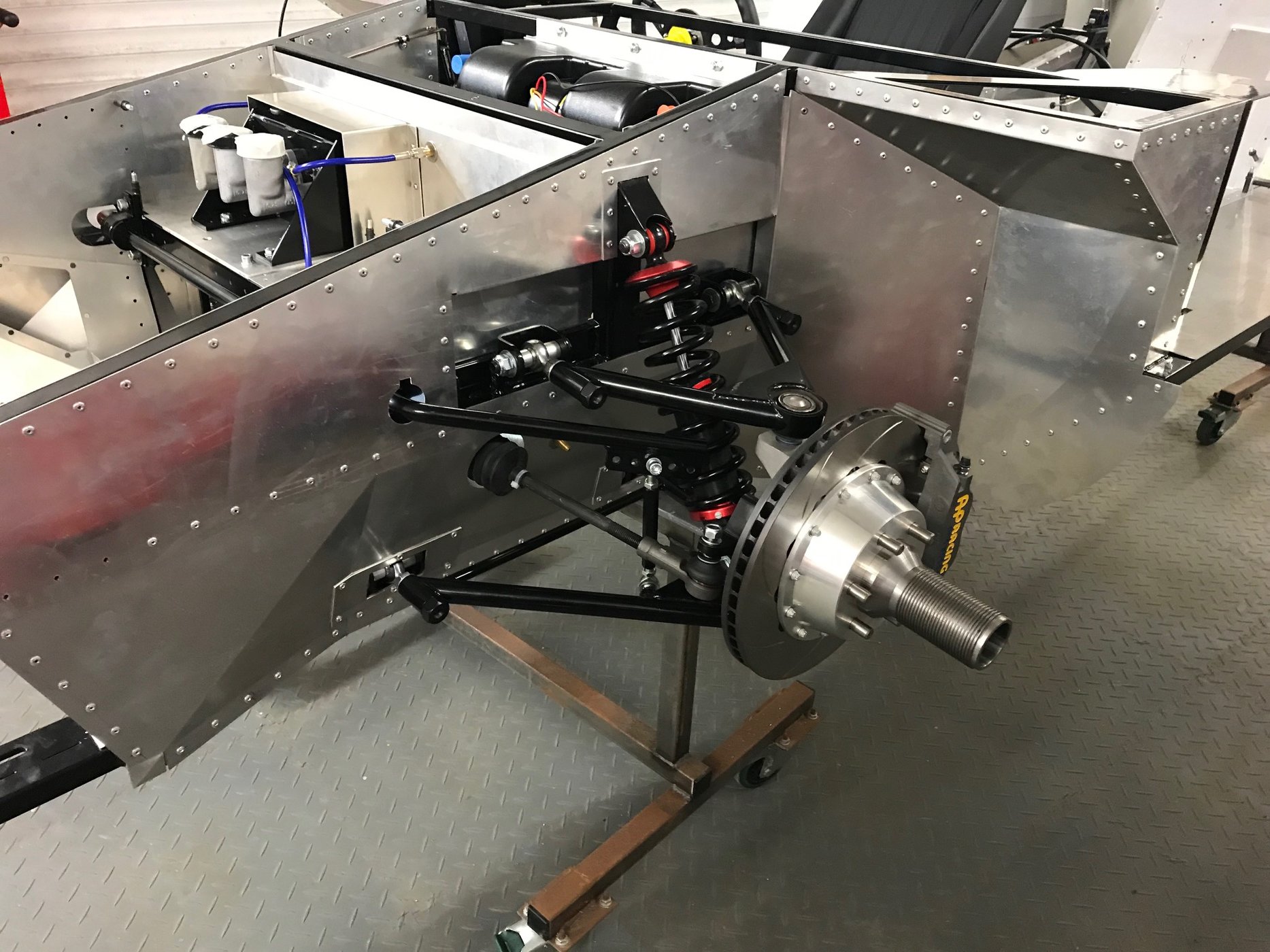 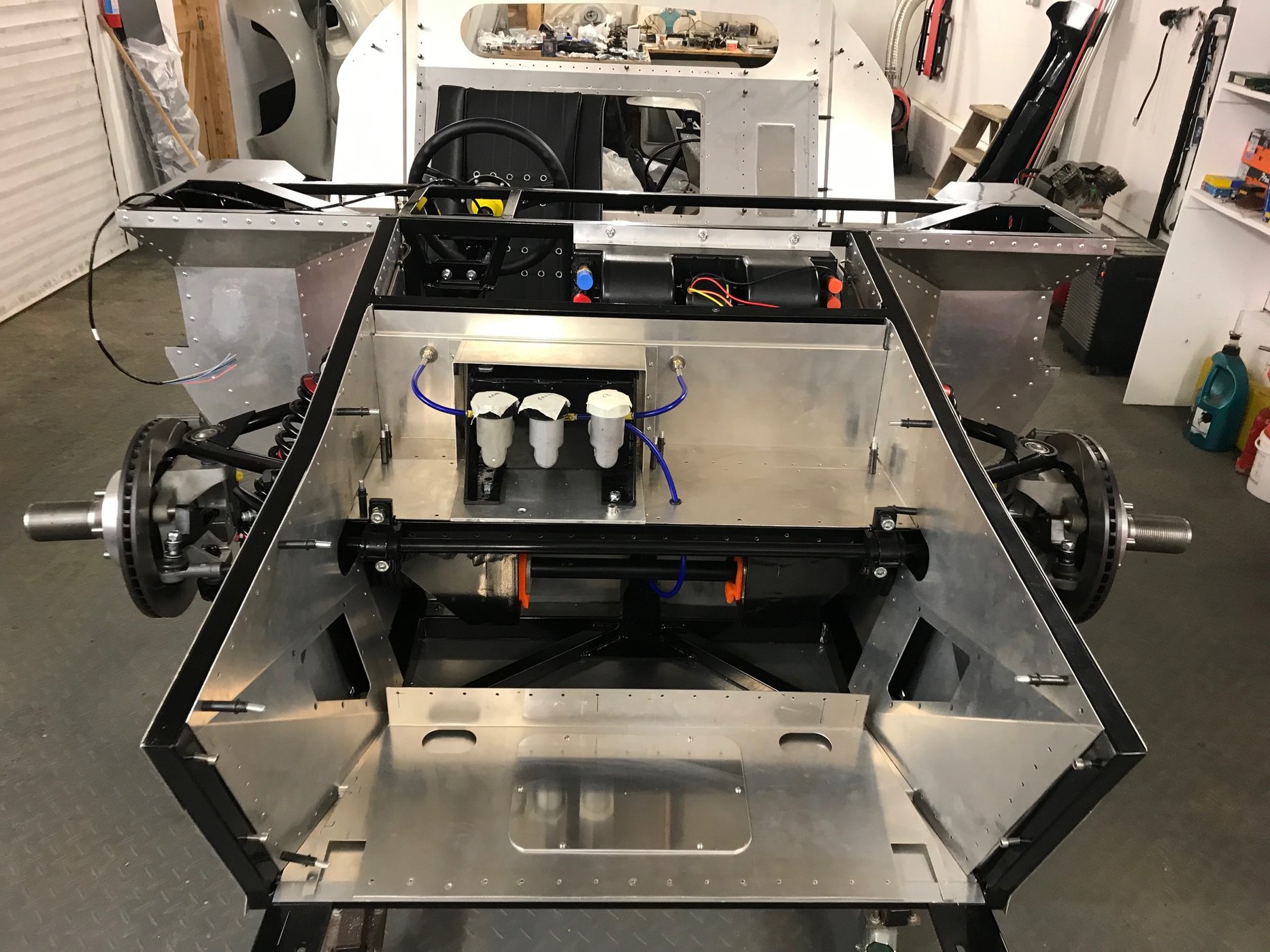 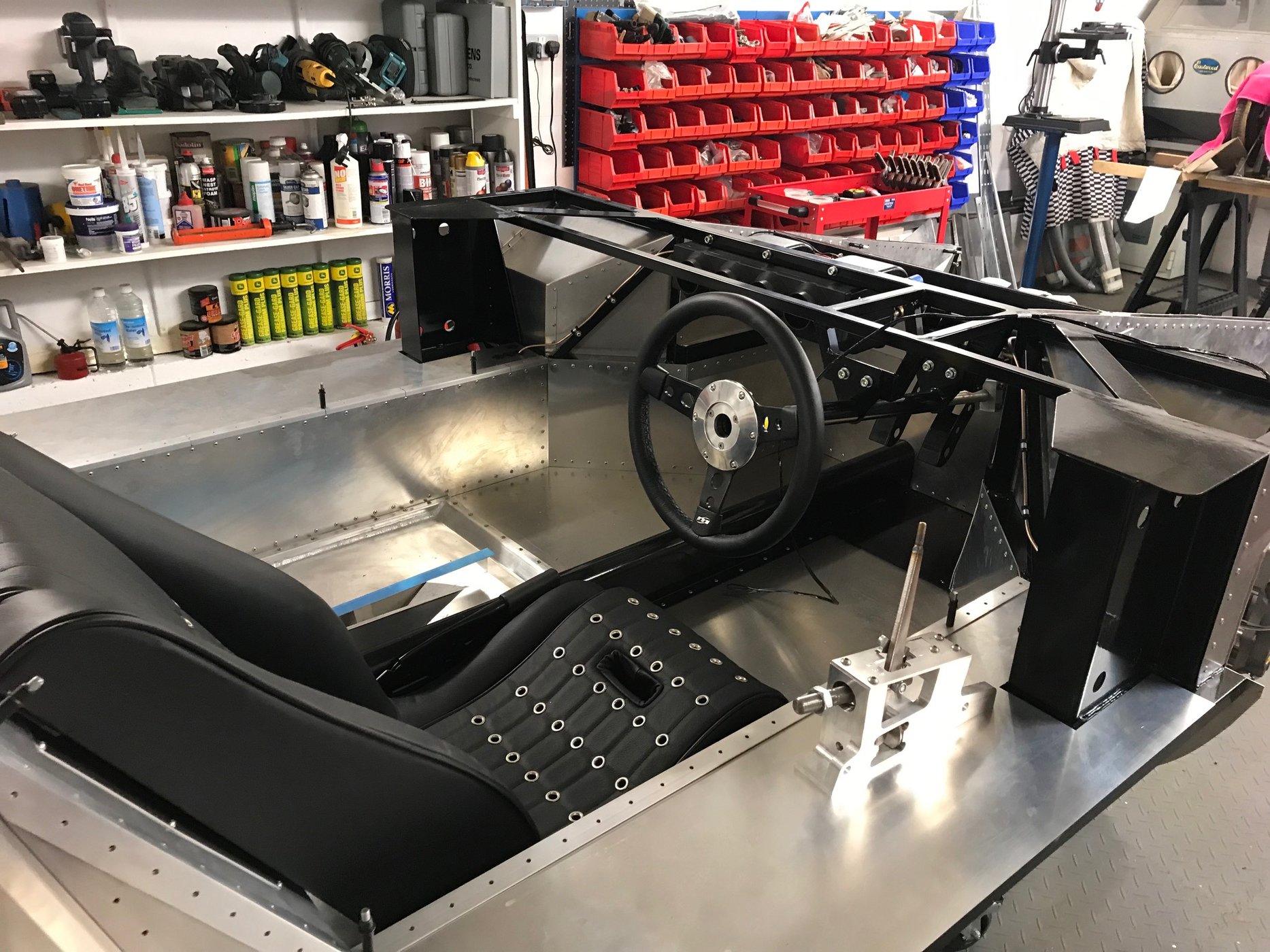 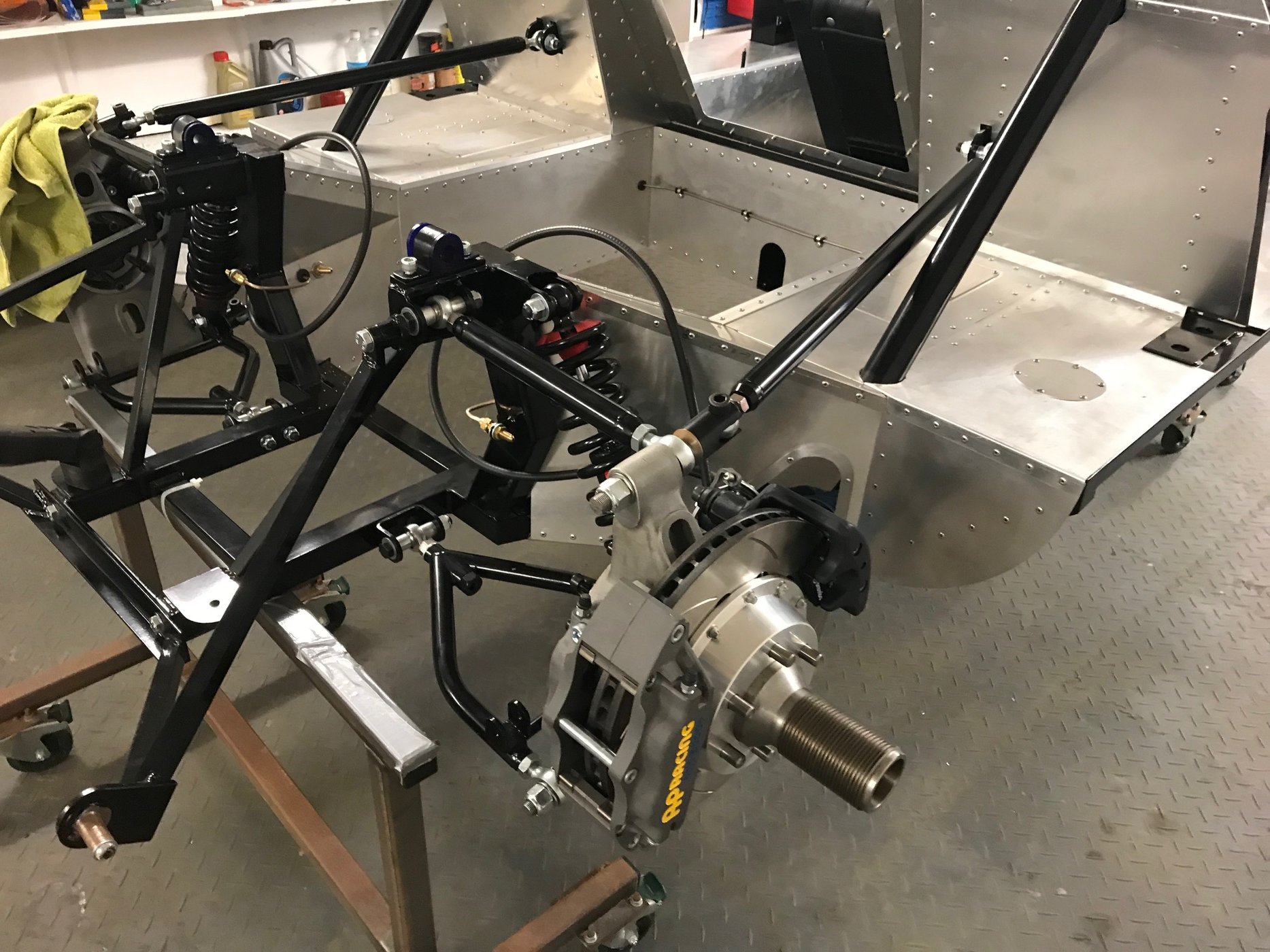 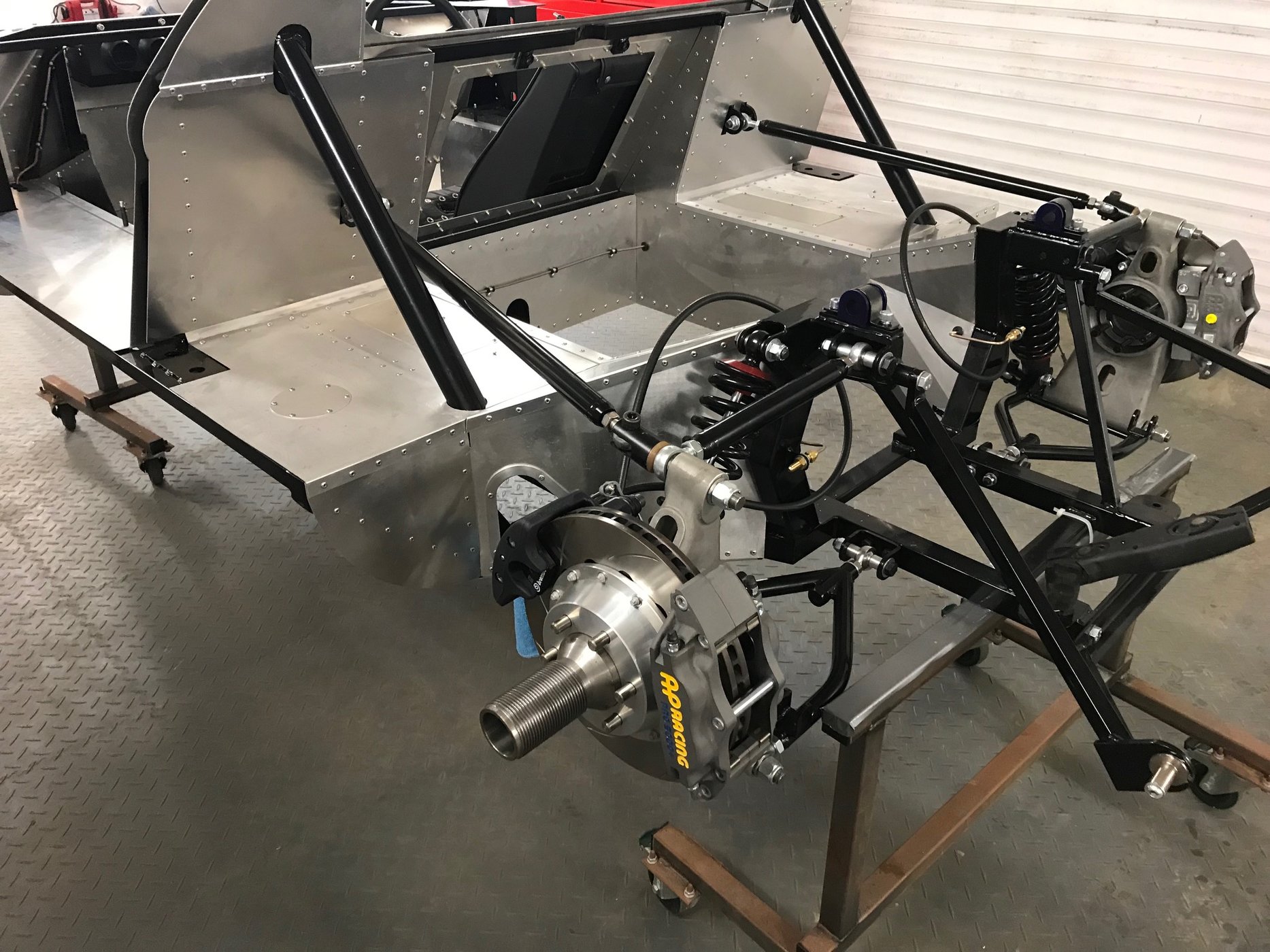 Supporter
Enjoy all that shiney metal and clean paint while you can, Shaun. Once you get it on the street or on the track it won't be so pretty.

Supporter
Hi Neil, I know, will be a real shock, I'll be out with the toothbrush each night polishing the parts
Still needs to be built to use!!! Maybe not on the wet salty winter roads mind you
Cheers

Supporter
Or Bonneville- it's 100% salt.

Supporter
Not many Lancia's would last that then!!!
F

Supporter
Got one to throw in the group, have had a search here but maybe some fresh ideas...

Fire extinguishers, now spending all this time on a build of love and sometime pain, I would hate to see it go up in a puff of smoke so I was thinking of a small hand held in front of the passenger seat but mainly a plumbed in system. Being a tall chap my extraction from the car, albeit hastened by it being on fire, would not be as svelte as a young 5 ft 8" 18 year old limbo dancer

Frank from an earlier post I think preferred electric operated to cable but if cable make sure its all strong enough so the panic "tug" does not pop the nipples so to speak.

Anyone any other thoughts? I have space in the front for a system, I will probably when I win the lottery, be going fuel injected IDA lookalike but will be fuel injected for sure.

Supporter
I have a plumbed in system with one nozzle pointed at the carb in the engine bay and another nozzle pointing at the driver in the cabin. Cable operated with two nipples on the cable. An electrical one may not work in crash if the battery supply is cut. I also have a hand held extinguisher in the drivers door pocket.
Cheers
Mike

Supporter
Cheers Mike, I did wonder about powered ones in the event as you say of a electrical failure, what type is yours re the actual extinguishant?

My fire extinguisher system is defined by the SCTA (southern California Timing Association). They have minimum requirements for the cockpit and engine compartment separately. My fire bottles are Halon FE-36 with a manual pull cable. Reliable and foolproof. The SCTA requires nozzles pointed at the headers/oil pan since in the event of an engine catastrophic failure, that is most likely where the fire is going to be. They also require nozzles pointed at the driver. I have two 10 lb automatic firebottles pointed into the engine compartment. These function like an automatic sprinkler, they actuate at a set temperature. I also have a 5 lb and a 10 lb manually actuated firebottles in the cockpit. This far exceeds the minimum requirement but at Bonneville it is possible to be on fire with help 7 miles away. A driver needs to survive until help arrives. This is also why I wear an SFI -20 fire suit.

One other requirement that is also recommended is an impact switch in series with your electric fuel pump.

Supporter
Morning Neil, as always thanks for the detailed info, that certainly is a comprehensive systems but as you say if assistance is a while away the last thing I would imagine you would want to hear is the final hiss of the gas and still see a flame a flickering!!!
The automatic ones I had not ever thought about, I do recall years ago my old engineer friend used these and I saw them on yachts over the engines with a small glass bulb that blows when it gets hot, I will dig some more.
Today's little gem is plumbing, going to fit the rad pipes and hoses, will need the help of one of my daughters to hold the other end of the pipe so I can fit the hose, she can then claim to her friends she built a GT40
P

Halon fire extinguishers have been banned in the UK since 2003 (CFC ban to reduce Ozone depletion). The electrically triggered systems are powered by their own small battery independent of the cars own battery. They are also easy to wire up rather than having to mount and route pull cables. I should think most competition vehicles these days opt for the electrically triggered systems, but it your choice at the end of the day, any system is better than no system. I would go for one cockpit nozzle and two engine bay nozzles as a minimum. Have a look at the various suppliers websites for more information e.g. http://www.lifeline-fire.co.uk , others include Sparco, SPA-Design.

I think that you will find Halon extinguishers in British military aircraft and civilian airliners. There are exceptions to the environmental mandates.

Frankly, if it means endangering my safety vs. an ozone hole over the South Pole, I'll choose to stay out of a hospital burn unit and take a chance on being cited by the gendarmes.

Supporter
Cheers Paul, I do recall the ban, hairspray came under the same guise!! Halon was always the one used in server rooms, I'll take a look that that site and good note re being self powered, all interesting stuff, cheers
P

Shaun, before I retired the whole computer building was protected by a Halon system installed in the mid-1980s (in fact it had to be fully tested by dropping the entire system at the insistence of the insurance company at some considerable expense and downtime!) but this system had to be changed after the Halon 'ban' in the 'noughties'. Like Neil indicated Halon is still used on aircraft and by the military and some other services, but I doubt 'mere' civilians would be able to purchase Halon extinguishers due to legislation. And the Motor Sports Association wouldn't pass it for their events.

Supporter
Hi Paul, Same industry as me, spent many years in the City plus Brighton (much nicer) at Amex as a consultant, server rooms became my second home and always noted the signs about sirens and escape routes, nver had to use one, did have a whopping earth power surge once at amex that fired so many server even with a full UPS, like bonfire night
I think the replacement seems to be 3M Novec 1230

Supporter
Quick update, work done since is the fans are now fitted as is the rad, I made up some small brackets to push the fans tight to the rad and also its bolted to the panel top and bottom as I thought one fixing may not be enough? 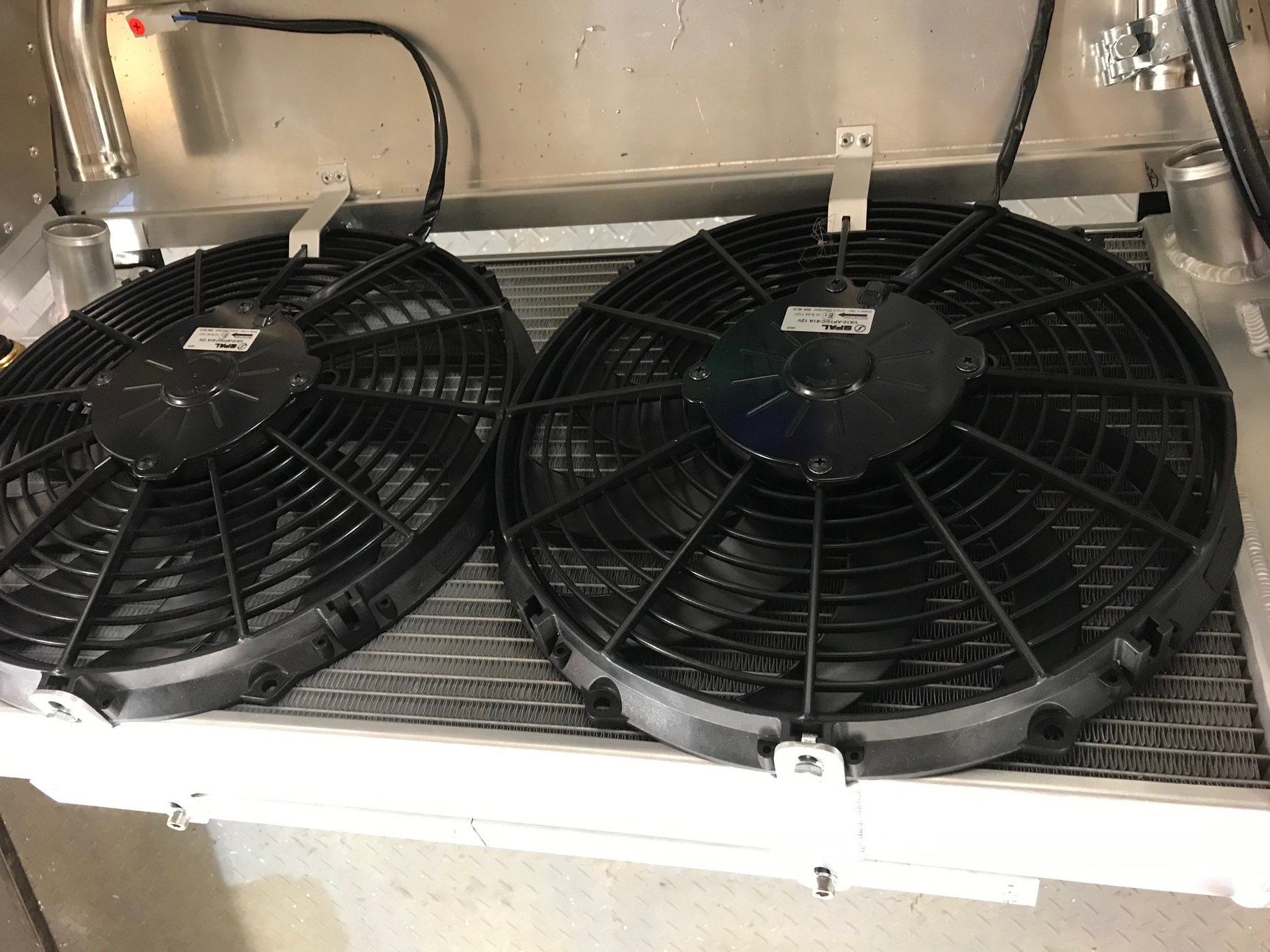 So next was the brake pipes, to keep the flexi away from the springs I fashioned some small brackets as a pinch in the spring is an IVA fail I understand and not something I would want to test!!

Does anyone use anything other than cable ties? I notched the bracket so they cannot slip but not sure of they look the part, works ok though, maybe a bit OCD?? 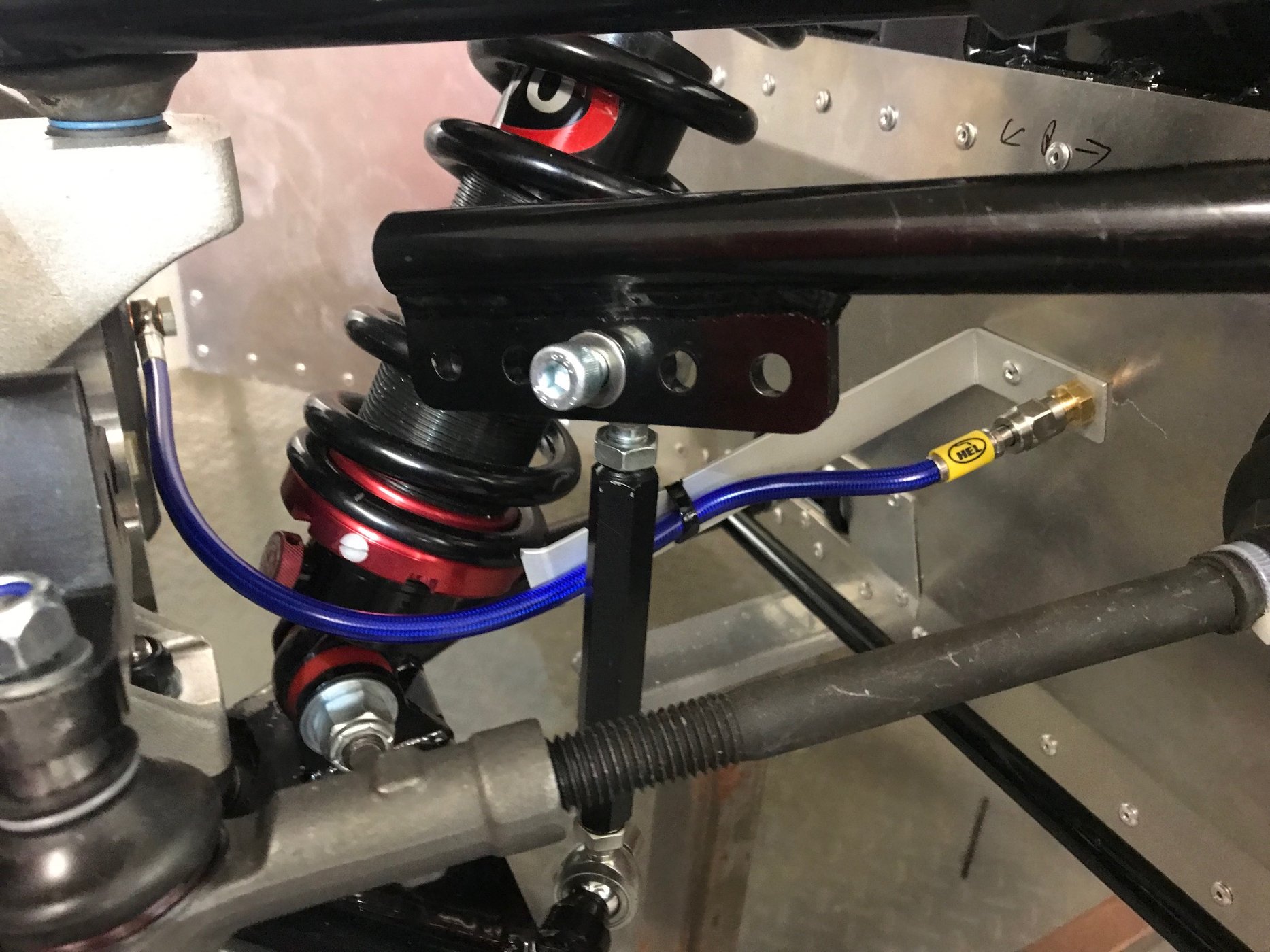 So that's brakes and clutch all done, need pads then will fill and test, so air-con (see my other post re some help needed in that area) , I made a bracket to hold the air-con rad then decided the aluminium was too small then decided the to part was too narrow so made the whole thing twice, still jobs are always easier second time round !!! 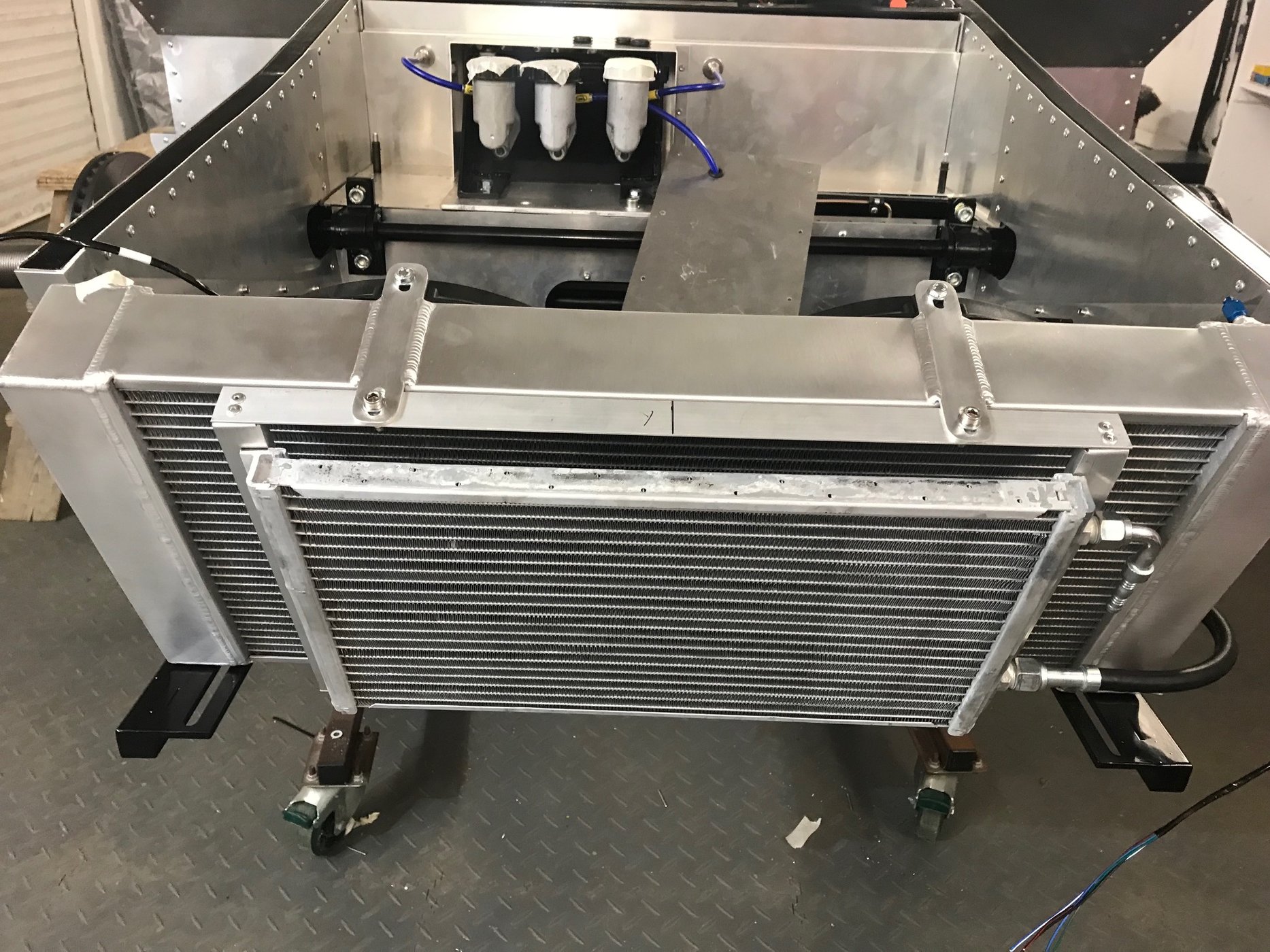 Now its wiring loom, did people put the engine in first then wire to that? Just no real reference points to start from, am doing the front loom first as that's smaller,

Will do more pictures as I wire, lord help me, cheers
M

Hi, looking at your front brake line, I think it will foul your shock absorber when turning the wheel. I think the brake line needs to go on the inside of the shock to give it enough room for turning of the wheel, and possibly be a little but longer as well. If the brake line touch any moving parts it’s an IVA fail.
Great job. Just my two bits, sorry.
You must log in or register to reply here.
Share:
Facebook Twitter Reddit Pinterest Tumblr WhatsApp Email Link
Top