As my health is improving I'm starting to get back out into the garage and want to complete the improvements to my Lotus Esprit 347 ITB Ford project. I have a number of things to do including improving the shift linkage, adding some further cooling, powder coating some parts that'll need to come out/off the car (engine mounts, chassis cross bar, door handles), adding some insulation, etc.

One thing I really need to improve is the gearing of the particular 016 in my car. It's an old Audi 016 (with a porsche lsd installed) with trans code AAZ. I really like these old 016's as they're light weight, easy to shift and can be made relatively strong with the addition of an LSD from a porsche 944. The problem with the AAZ coded 016 is that it's pretty high geared....on the freeway at 70mph the engine is turning 3,300rpm.

I think there may be a different (lower geared) CW&P available for the 016 out there somewhere, but I'm not sure....will have to research it.

For the moment, does anyone have an 016 sitting around their garage they would like to get rid of? Perhaps one with a code of 5N or AFC?

I'd be interested in hearing from others still running 016's for their experience. Thanks in advance.
C

the pics are a bit old....the car is fairly complete and running now....will add some new ones.....

Staff member
Moderator
Lifetime Supporter
Glad to hear your health is improving Cliff. Very nice project you have going on there.

Lifetime Supporter
Try https://www.germantransaxle.com/ They did a custom R&P for the 016 which worked great. Search for an old thread on my build.

Lifetime Supporter
I found this... not cheap and I'm not sure if the ratios are what you want? 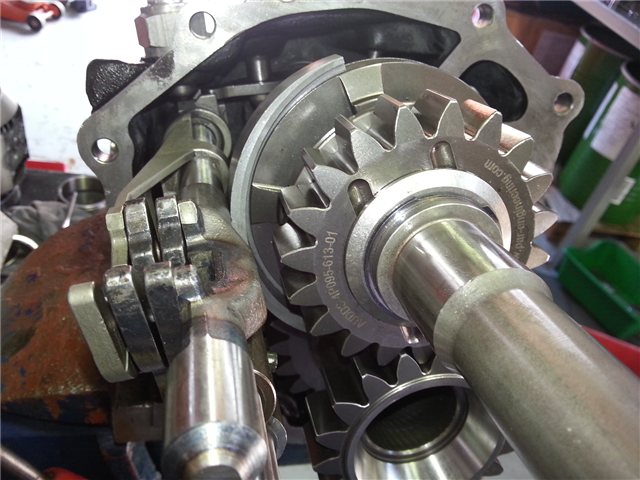 For the circuit/rally application, a 1st~6th gear full dog engagement configuration is available which will allow the driver to keep the engine in it's peak torque band even in low speed situations. The closer ratios allow the use of all 6 speeds to provide maximum acceleration at all times.

I also found this...

Guys, First a little background, I know it`s boring but please stay with me..... I work for a small UK firm called Competition Transmission Services and we, as the name would sudgest, build transmissions. Some time ago we felt there was call for a heavy duty gear set for the european `world...
www.gt40s.com
But no mention of a final gear kit (I checked the web site)

Neil - good to hear from you and I hope you're doing great. I will check in with GTA and see if they can help.

Andy, thank you, good informational resources. I will do some digging with Competition Transmission Services and PAR Engineering.

Bottom line, I guess I'm just getting old and outdated here with these 016 transaxles. You know how it is when you get a bit older and you get to know something about some thing....you tend to stick with what you know (or think you know) for better or for worse.