Lifetime Supporter
I spent a couple of days with Alistair and James this week.
We managed to get the cills and doors to final fix on the blue car. 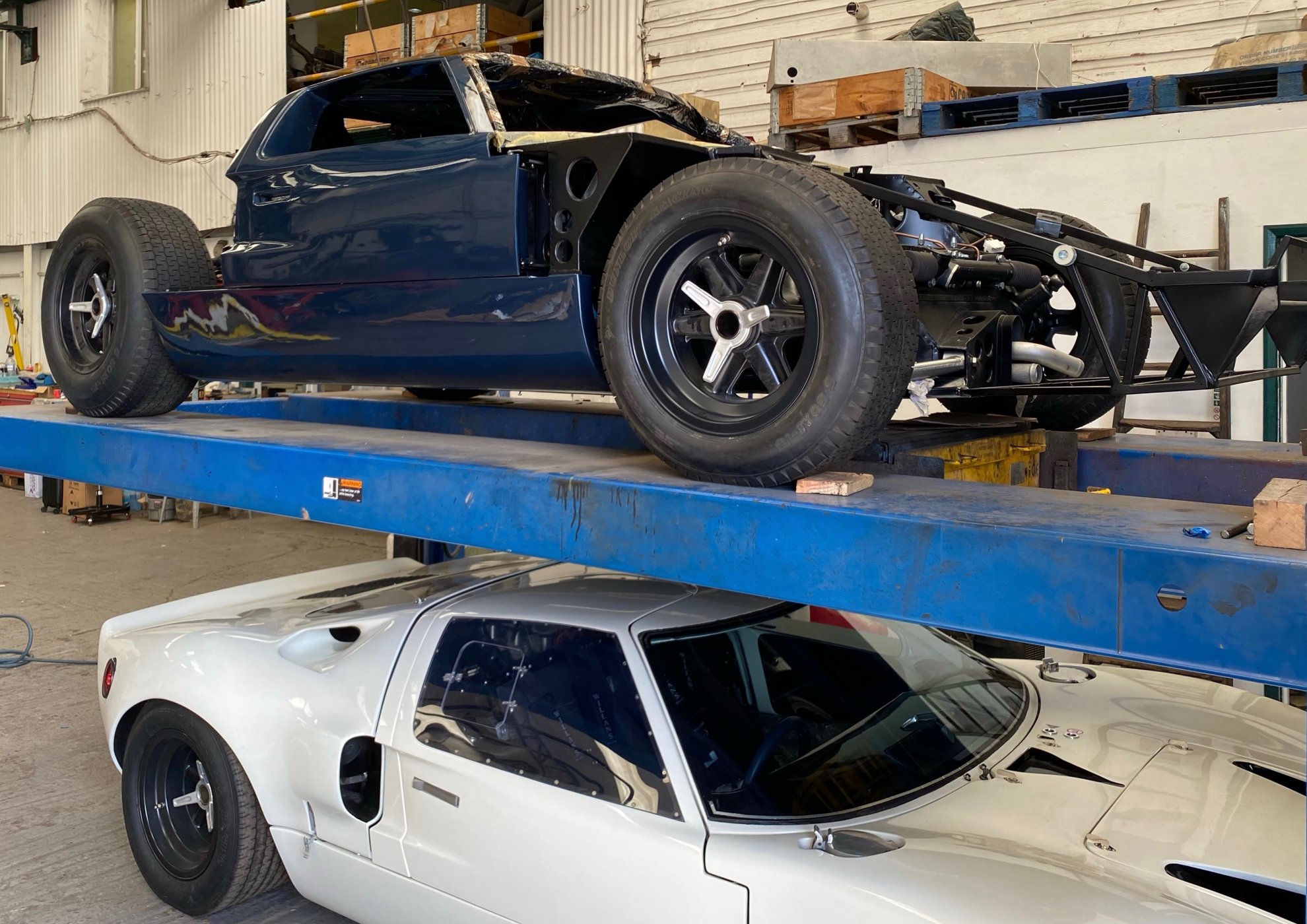 The car is on it's wheels and sitting well unloaded.

Firstly I want to say that I don't think the other forum "ORIGINAL GT40s" is the correct place for this kind of post, nor a few other threads recently posted on there.
Anyhoo I am posting my work here ....

Some views on refreshing these wipers to start with :

They are practically useless and just "concours" snake oil for judges at car shows, and by comparing asking prices to actual value - honey pots for dealers in black market parts or for kit-car builders like me deluding myself about originality.

Although similar in appearance, some folks now call them "Speedblades" but the fully metal SB's used a simpler blade refill arrangement.

The original plastic parts are not white nylon and are actually formed in a pale grey lesser plastic. They only appear white probably caused by sun bleaching or oxidation.

There are major issues with these wipers - and probably the reason for their rarity is their early mechanical failure, being not fit for purpose and being binned early by dealers.
Reason ? material, on some sections the actual wall thickness of the so called fasteners is a very thin and brittle plastic. Or about 30 thou. which is easily molicated by a temperamental Lucas wiper motor and a sticky screen.

Four of the two-piece plastic parts connecting to the refill spine also have stainless angle inserts in them and also with patent Latch Locks at both ends. These inserts are also weakening the parts by reducing cross sectional mass of the plastic mouldings.
All of the examples of these wipers that I have inspected have linear stress cracks on every plastic piece in line with the wire and inserts and many with complete break failures which probably started propagating on day one of their use.

The die-cast versions mentioned in the patent registration were probably not considered due to reaction with the stainless wire, brittleness or calculated as too heavy. Also assembly of the two-parts of each fastener around the inserts and wires might perhaps be more involved than just hot ironing plastic through stud versions.

We have some genuine unused wiper refills for our Tricos and I think that we are half way there with the idea of making four working units for us, if we get more refills we will think about more, however for the rest of the frames I will be making parts using titanium wire and bar-stock and maybe trialling Duratron / Torlon for the fastener material. 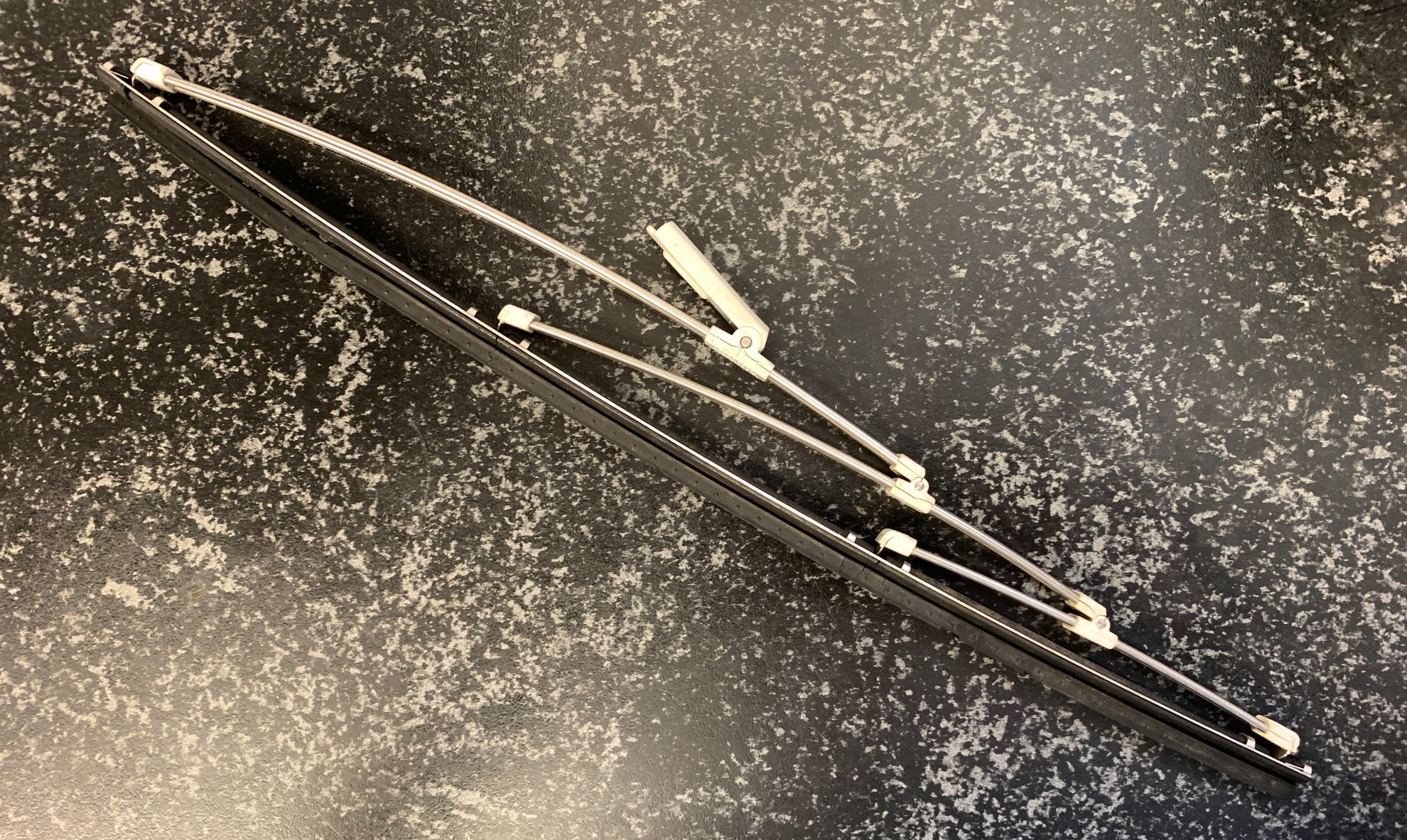 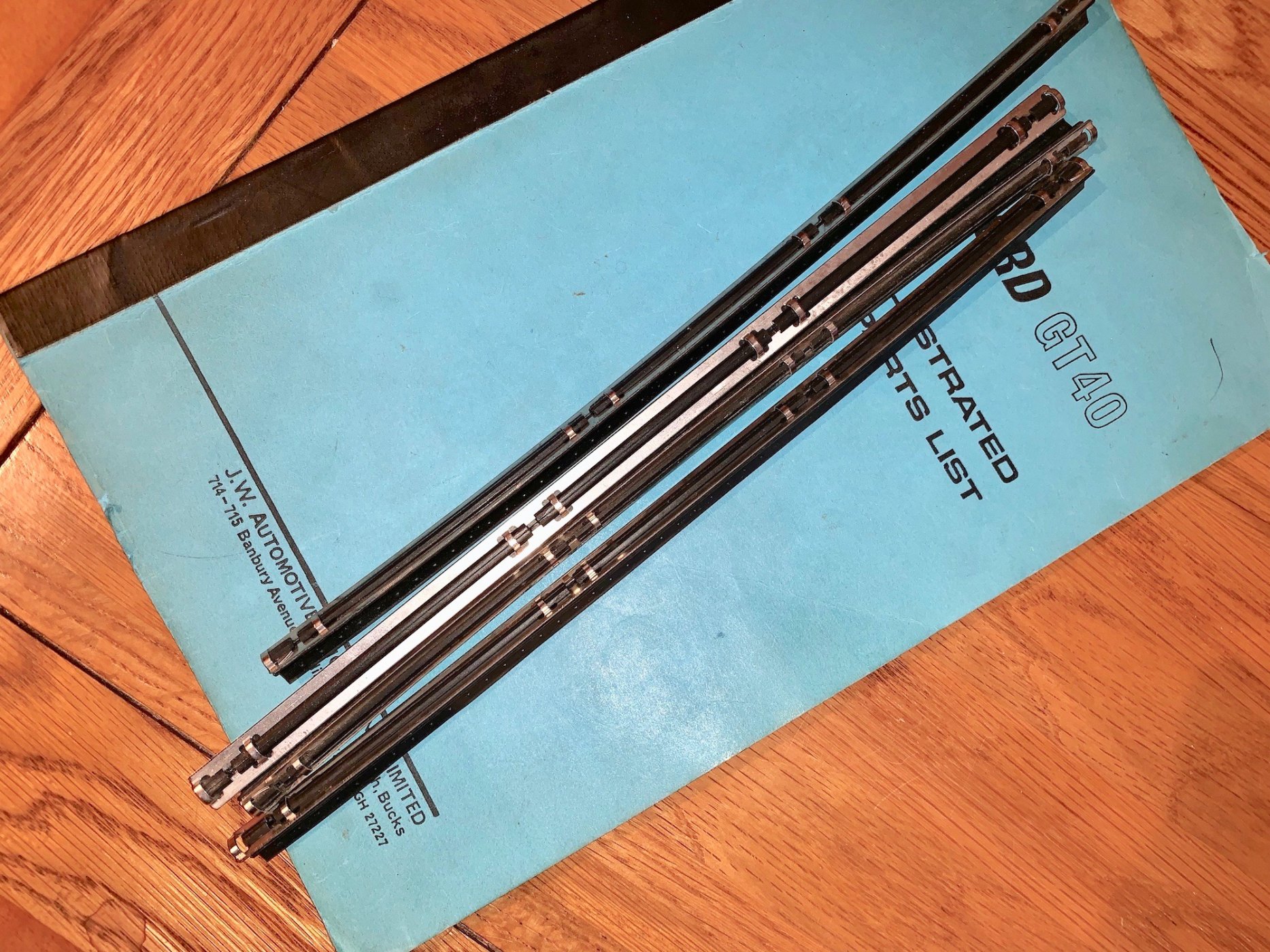 Supporter
As with the ‘52 MG TD I am just finishing, the number of people who would be able to tell little details like the wiper from a durable period piece are few and far between. I say put something on that looks close but performs the job of clearing the screen.. Tell the concours judge to bugger off!

Lifetime Supporter
Spot on David.
My car will never be eligible for entry in a marque competition unless it were for for mongrels so no problems with judges.
B

Supporter
Agreed. My car was never supposed to be a concours winner, so I opted for a period item (from a Triumph 2000 as I recall) that looks OK and does a great job of clearing my screen. 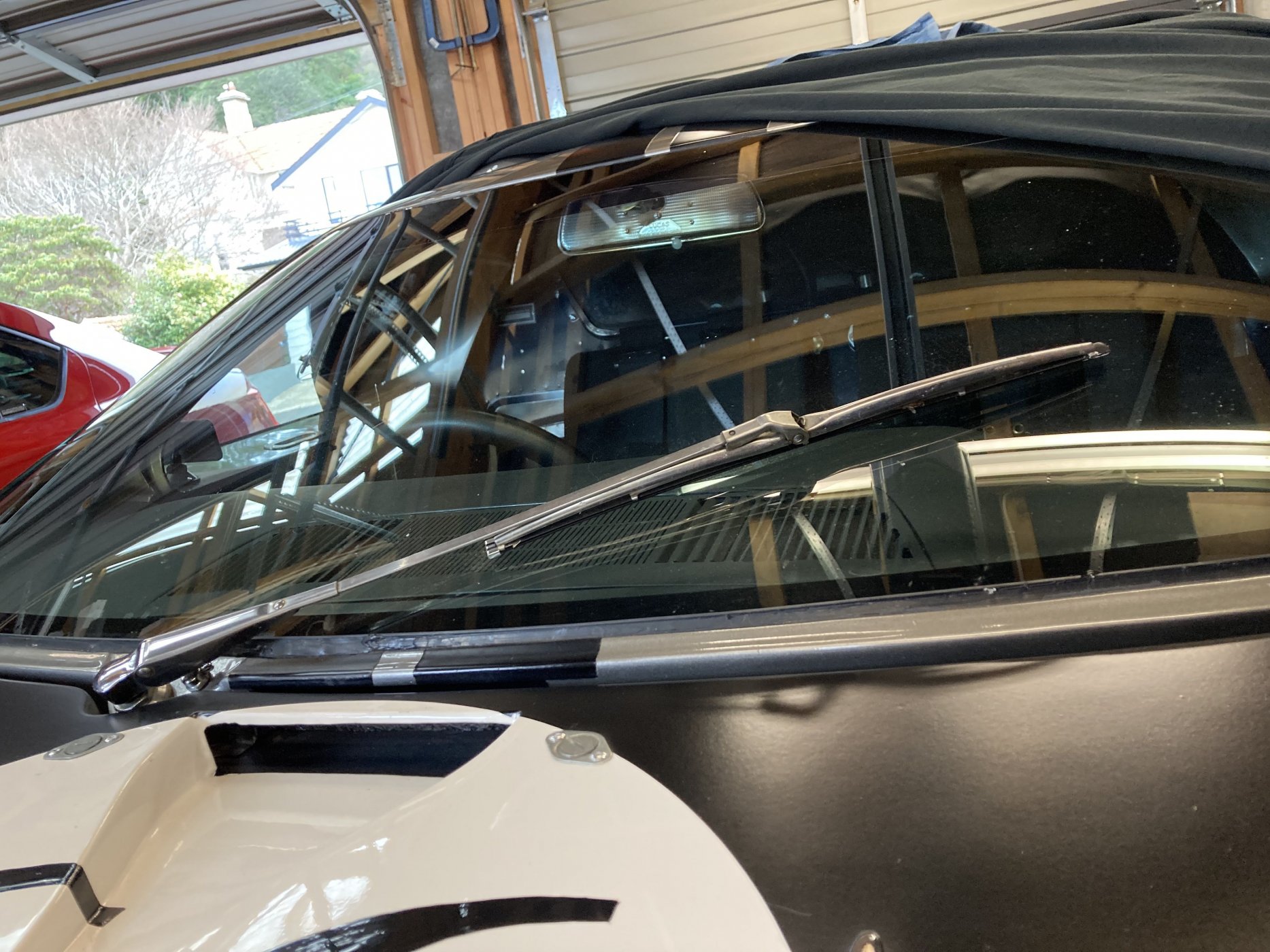