It seems the first rule of Italian car drivers "what is behind you does not matter" applies to their police force as well even when they are supposed to be escorting whats behind them.

I loved this one when I was studying abroad and renting property in Switzerland.
What is the best thing about Switzerland? I don't know, but the flag is a big plus.
L 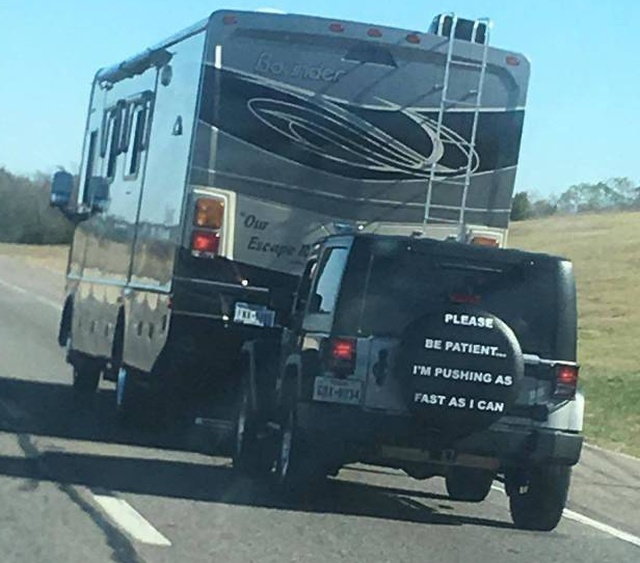 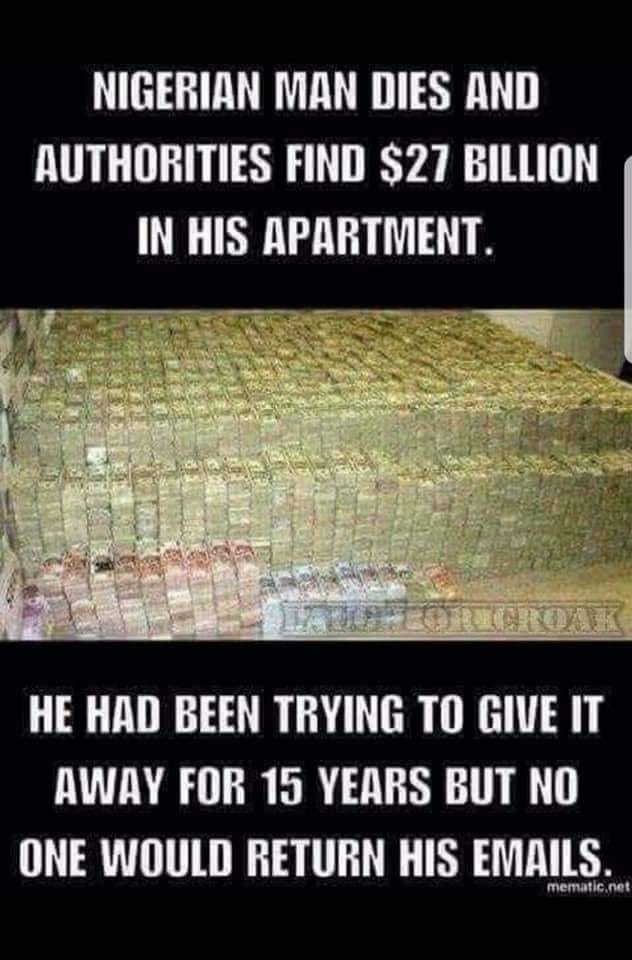 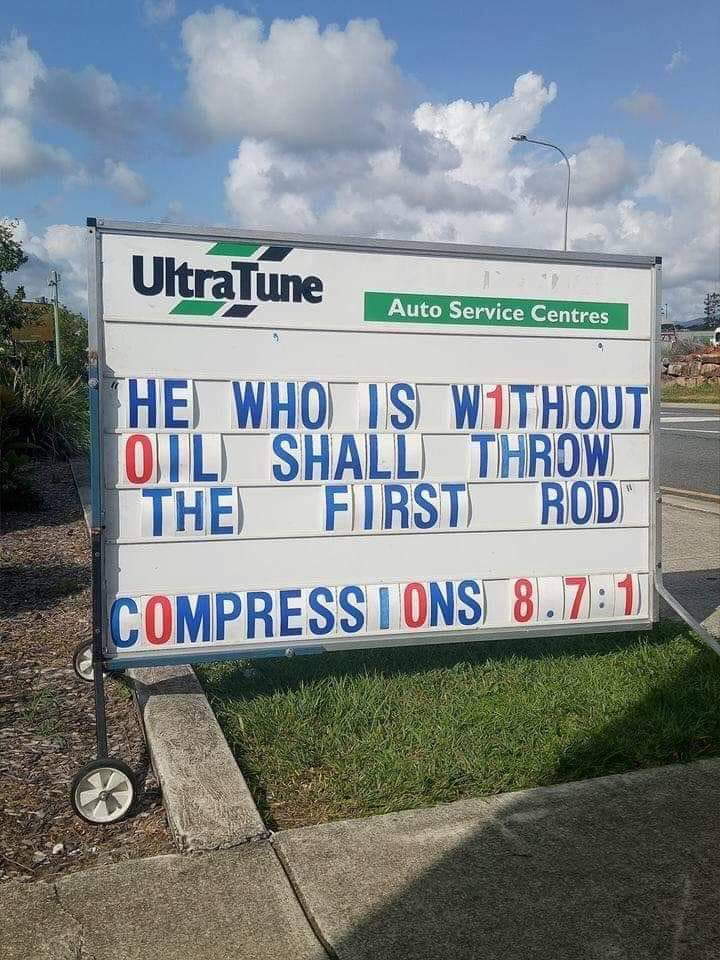 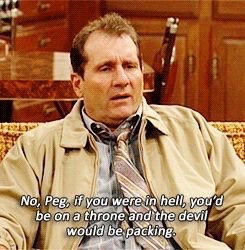 This is just too funny....
I’m in the process of installing a tow bar on the front of our Jeep Wrangler Rubicon to tow it behind our motorhome.
I WILL be looking into a spare tire cover like this...
-edit-
Found one!
https://www.amazon.com/Tire-Cover-Central-Patient-Pushing/dp/B01N6XAVXM?psc=1&SubscriptionId=AKIAILSHYYTFIVPWUY6Q&tag=duckduckgo-ipad-20&linkCode=xm2&camp=2025&creative=165953&creativeASIN=B01N6XAVXM
Last edited: Apr 6, 2019
L

Big-Foot said:
This is just too funny....
I’m in the process of installing a tow bar on the front of our Jeep Wrangler Rubicon to tow it behind our motorhome.
I WILL be looking into a spare tire cover like this...
-edit-
Found one!
https://www.amazon.com/Tire-Cover-Central-Patient-Pushing/dp/B01N6XAVXM?psc=1&SubscriptionId=AKIAILSHYYTFIVPWUY6Q&tag=duckduckgo-ipad-20&linkCode=xm2&camp=2025&creative=165953&creativeASIN=B01N6XAVXM
Click to expand...

If I had a rig with a rear-mounted spare I'd be ordering one too!!!
N 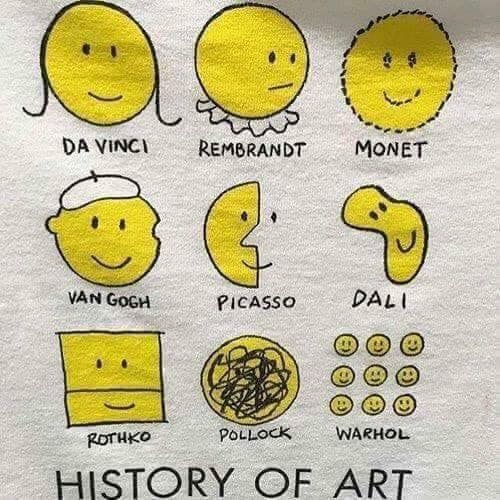 What! no Banksy?
Cheers
Mike

Big-Foot said:
This is just too funny....
I’m in the process of installing a tow bar on the front of our Jeep Wrangler Rubicon to tow it behind our motorhome.
I WILL be looking into a spare tire cover like this...
-edit-
Found one!
https://www.amazon.com/Tire-Cover-Central-Patient-Pushing/dp/B01N6XAVXM?psc=1&SubscriptionId=AKIAILSHYYTFIVPWUY6Q&tag=duckduckgo-ipad-20&linkCode=xm2&camp=2025&creative=165953&creativeASIN=B01N6XAVXM
Click to expand...

Had to follow up...
Here’s my Jeep behind the Motorhome! Got plenty of thumbs up on our 2800 mile trek north over the last week... 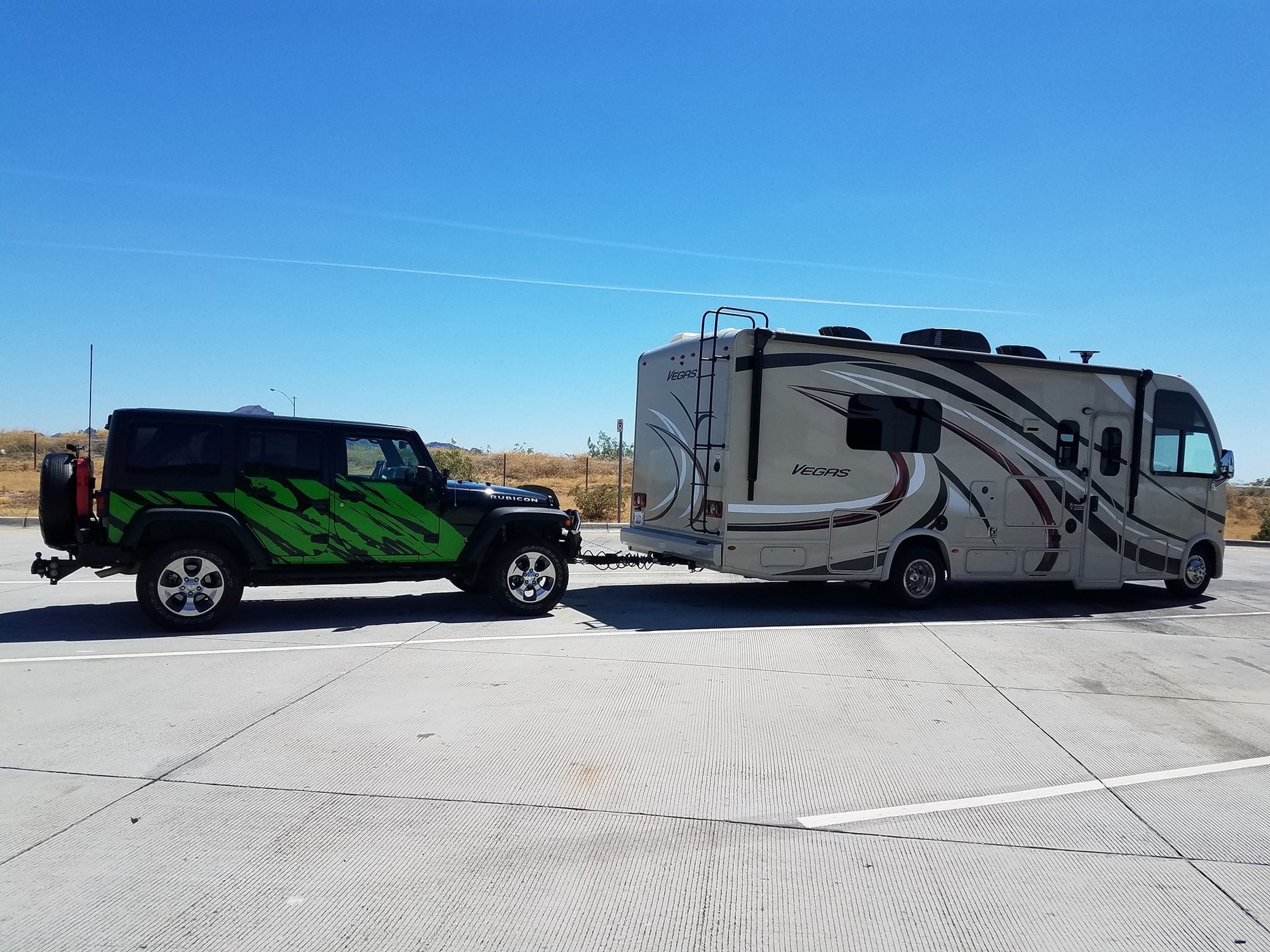 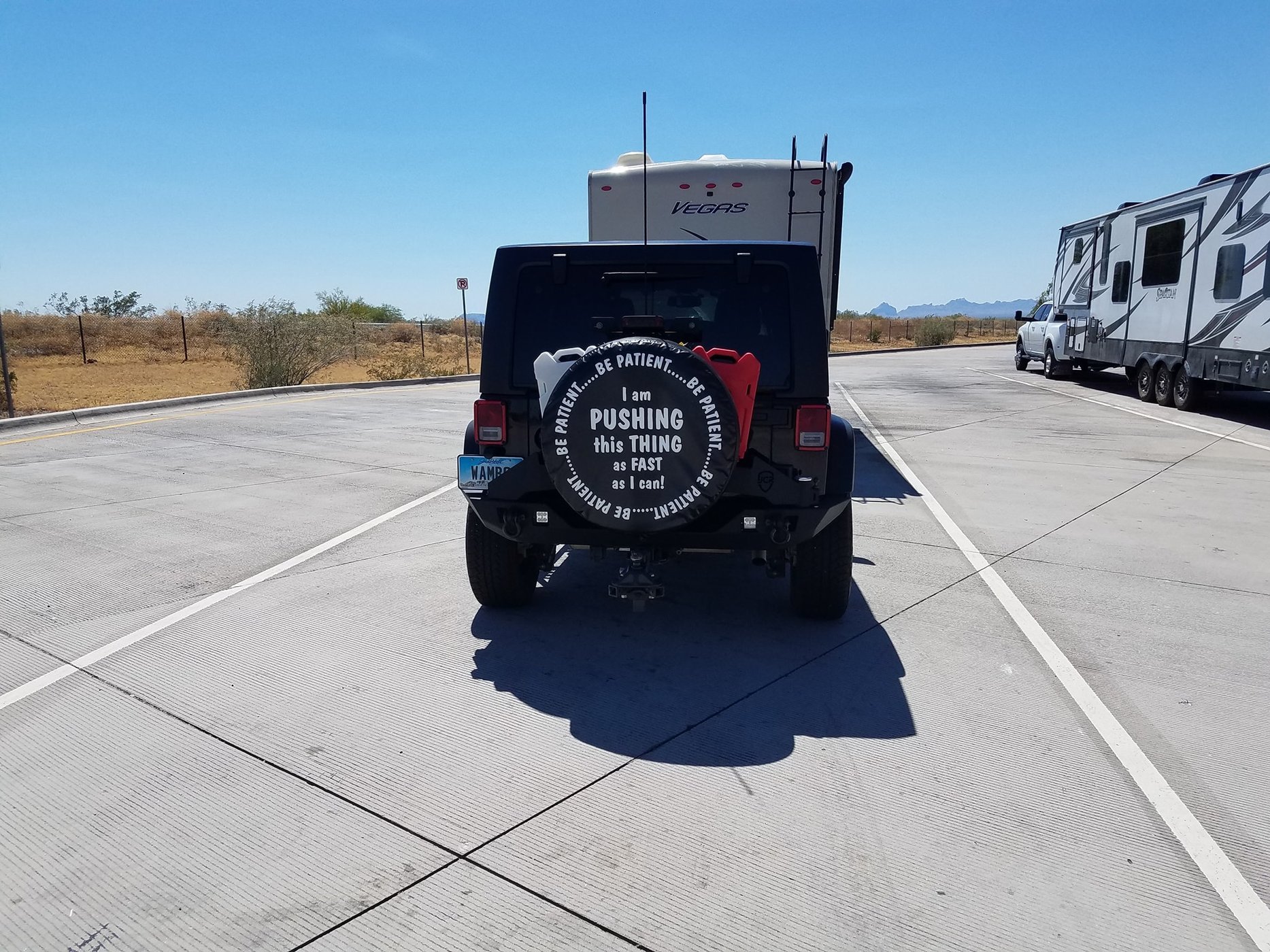 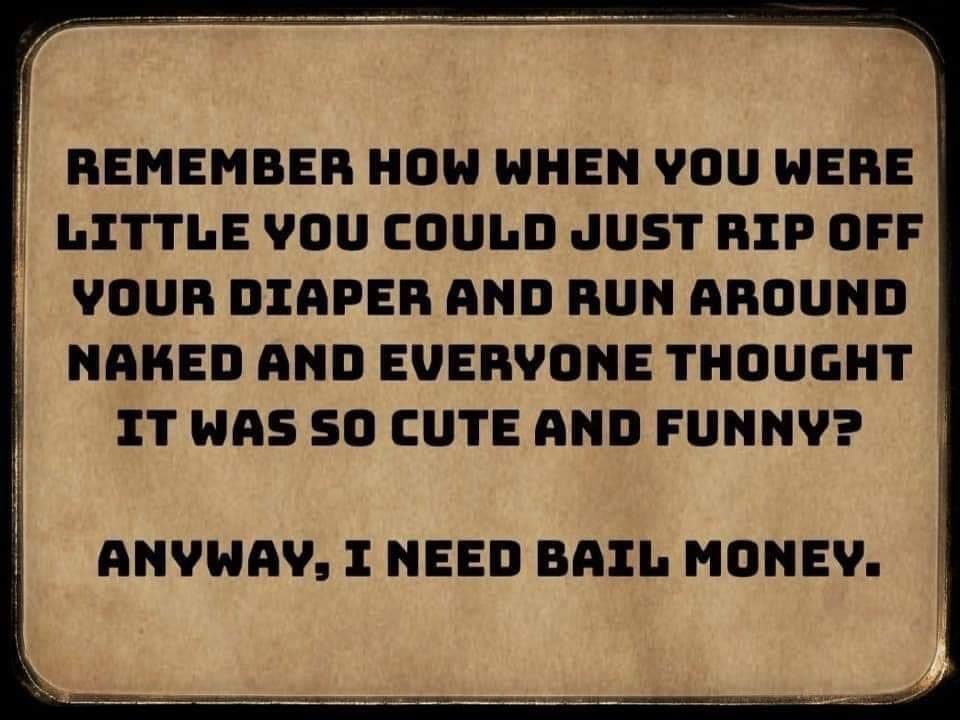 Old Age and treachery not workin out as well as you hoped huh...?
L

Lifetime Supporter
'Sent to me this morning:


"I am truly perplexed that so many of my friends are against another mosque being built in town. I think it should be the goal of every citizen to be tolerant regardless of their religious beliefs. Thus, the mosque should be allowed, in an effort to promote tolerance."

"That is why I also propose that two nightclubs be opened next door to the mosque; thereby promoting tolerance from within the mosque. One of the clubs would be gay, "The Turban Cowboy," and the other, a topless bar, would be called "You Mecca Me Hot."

"Next door should be a butcher shop that specializes in pork, and adjacent to that an open-pit barbecue pork restaurant, called “Iraq of Ribs." Across the street, there could be a lingerie store called "Victoria Keeps Nothing Secret," with sexy mannequins in the window modeling the goods, and on other side, a liquor store called " Morehammered."

"All of this would encourage Muslims to demonstrate the tolerance they demand of us.”

Lifetime Supporter
The coronavirus-mandated "stay at home" order reminds me of my teen years:

Lifetime Supporter
I waana be a teenager again and ruin my life differently.

I have a few great new ideas.
L

Lifetime Supporter
An 80-something year old, white-haired gentleman walked into Greenwood Jewelers’ store last Friday evening with a beautiful much younger girl at his side. He told Jim the jeweler he was looking for a special ring for his girlfriend. Jim looked through his stock and brought out a $15,000 ring.

The man said, 'No, I'd like to see something more special. Price is immaterial.

At that statement, Jim went to his special back room stock and brought another ring out. 'Here's a stunning ring at only $140,000' says Jim. "It's the famous Azure Blue which belonged to a Maharajah."

The lady's eyes sparkled and her whole body trembled with excitement. Seeing this, the old customer said, 'We'll take it.'
Jim asked how payment would be made and the man stated, 'By cheque. I know you need to make sure my cheque is good, so I'll write it now and you can call the bank Monday to verify the funds; I'll pick the ring up Monday afternoon.'

On Monday morning, Jim angrily phoned the old man and said 'Sir ..There's no money in that account!'