Lifetime Supporter
Do you have any offcuts?

It has been said on here, that if you get a dyola fabric dye and make it up. The story you use to do tie dye / batik etc in school

Put test bit it and it will take up the colour of the dye. Time how long it takes to het to the tint you want.

Then repeat with your windows for the same length of time.

Do not go longer than you need as the process is not reversible.

Could be worth a try for the price of a pot of dye!

Unfortunately, nope no off-cuts. I think the window tint solution is pan out and won't need to spray tint it. My fingers are crossed!
I

3 months later, finally got my personalized plate, I find it funny.

The Audi's plate came in same day even though I ordered it 4 months ago. Since most don't realize it has 563hp and being a plain gray car, it's a perfect fit

Not really SLC related, but I'm stoked to modify this thing for my daughter. Bought it 3 months before her birthday, should be plenty of time to figure out a few, non-performance, things do to it. Tinkering with this will take time away from the SLC, but it'll be nice to be in AC when working on a vehicle.

There's a local car show this weekend. While I'm not entering the SLC in it, but I do plan to drive it there. It'll be the first big event for me to go to with the SLC. I plan to only go for a couple of hours, but I have a feeling I'll be there a good bit longer than expected chatting with people. Kind of excited to show the car off.

Was just going to look, should have washed it.

Supporter
Del, your post reminded me of a problem with car shows. Everyone expects to have the hood/body panels, etc. open so the engine can be seen but with everything open, it ruins the look of the car. The overall shape of the car is important but what to do.....?
I

I totally agree Neil. After about 30min, I closed it all up and left to go walk around. Mainly because I didn't want anyone to get the idea it was okay to sit in it, but think it looks better closed up
S

InfiniteReality said:
3 months later, finally got my personalized plate, I find it funny.

The Audi's plate came in same day even though I ordered it 4 months ago. Since most don't realize it has 563hp and being a plain gray car, it's a perfect fit
Click to expand...

Just being sarcastic because it seems everyone likes taking pictures of a SLC.
I

New LED front signals. They're Harley Davidson signals, 2" diameter. The running lights are white halos and inners are orange for the signals, they come with a 1157 base, will chop it off to hardwire it. The housings are generic and a good buddy milled the insides out so I could use different boards. I also have a set of HD smoked signal lens that I may use, will see which I like better once I install it.

Since I had a got a deal on a JW Speaker low beam LED headlight for $35, went ahead and ordered another one (at normal price, $192) so I can swap the inner Hella high beams out for these and wire accordingly. If I can somewhat easily get the outer projector headlights out of the nose, I'll see if I can take them apart so I can paint the shroud gloss black. With all of that done, the ligh housings on the nose should blend in better with the paint when off, as well as have better light output.

With the grills my buddy made a nose emblem using orange anodized aluminum and laser etched the Superlite logo on it. I wasn't sure how it'd look on the car, but I think I actually prefer it over the real carbon fiber one he made me a year or 2 ago. Whichever emblem I go with, it'll be affixed around same area that the orange one is taped to the car in the pictures.

Could use opinions on which I should go with?

I like the carbon one. Both are nice though.
I

The one thing that keeps me from the carbon one is the red on it. Some reason it clashes with the orange, least in my head, lol.

Another option is just a regular decal in gloss black with the orange accent.
D

InfiniteReality said:
New LED front signals. They're Harley Davidson signals, 2" diameter. The running lights are white halos and inners are orange for the signals, they come with a 1157 base,
Click to expand...

Del, can you please provide the part number for these led signal lights. Thx
I

dazzle said:
Del, can you please provide the part number for these led signal lights. Thx
Click to expand... 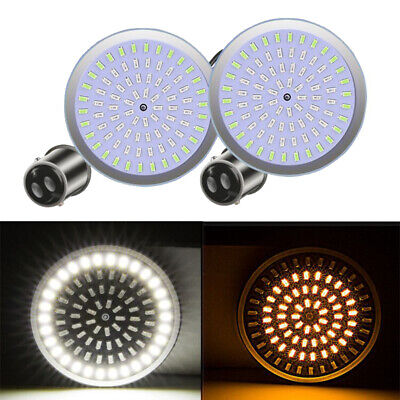 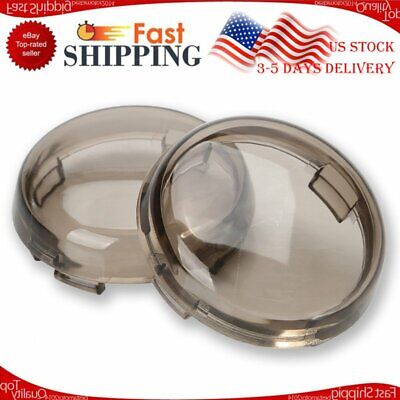 Find many great new & used options and get the best deals for 2x Turn Signals Light Smoke Lens Cover For 1986-15 Harley Dyna Softail Sportster at the best online prices at eBay! Free shipping for many products!
www.ebay.com
I

No real updates on the car lately other than buying a few things, I haven't really had the chance to drive it between wife going back to school and replacing all 8 front control arms on the Audi (FYI if you own an Audi, do NOT buy parts from RockAuto... they don't fit and you can't call them up). She's finishing her Master's in nursing (took off spring and summer due to our first kid) so I don't get much time in the shop since I'm watching Elise more than normal. Luckily this semester she has a fast track class which ends middle of October so after that I should get some (much needed) time in the shop... I requested shop time most (all?) weekend of my 40th birthday in lieu of presents or going out to eat, time will tell if I get my wish or get a surprise party.

A month or so ago, drove the SLC to work and when getting out I had my fan relay get stuck so 1 of my fans wouldn't turn off. Due to lack of shop time, I hadn't gotten around to replacing them yet....also have been procrastinating doing it too, lol. Drove it to work yesterday and it got stuck again, so replacing them is a priority now and will be done ASAP. Can only blame myself for not fixing it the first time. My brother just put Spal fans for his 525hp LS3 in his C3 and wasn't going to use the Spal harness with waterproof relays so gave it to me. While I have generic waterproof relays on hand, theses Spal relays do feel more robust.

After I get that taken care of, I can get back to my "to do" list. Replacing inner headlights with the JW Speaker LEDs headlights and replacing turn signals with the new switchback boards and lens. Then move onto other items, like finally installing fender emblems, Viper keyless entry module/remotes, license plate lights, etc. AND DRIVE THE CAR!
I

Finally getting around (aka have time) to drop off few things to get powdercoated. The mirror stalks was a random last minute thought last night, I'm pretty sure it'll be a nice touch on the exterior, but could look tacky.

For anyone considering the H3R billet fire extinguisher holder, be warned it does NOT fit together out of the box. I spent 45min yesterday with a 80 grit flap wheel for a drill to get it to fit better. I still didn't get it to where the bottle will slide in unassisted, but close enough I can pry it slightly open to slide it in there... or do some more sanding since they won't coat the inside.
I

My "progress" on the car is no where near as impressive as everyone else, but in the effort to keep my thread updated as I go here's a few updates...

I've been able to spend a few hours past 3 nights to knock some stuff out. Still have a few more nights to do stuff, won't be bored.

- Powdercoated some parts...not sure if I like the orange nozzle
- Mounted a H3R fire extinguisher (thanks for the blog CamT!), no more carrying it around in passenger seat.
- Painted 2 SLC emblems, orange and Grigio Telesto. Was going orange, but after painting 1 orange I sort of think body color may look better. It will go above the android screen.
- Drew & cutout some satin black vinyl inlays for HVAC knobs to break up the orange knobs.
- Installed a Viper keyless entry to replace the original fob. I wanted a different fob, but also since I have automatic doors I feel a little more confident in the Viper system. Range is too good, wrapped foil around antenna (will be under the dash) to reduce range so I don't accidentally open the door unknowingly. Before foil it easily worked from end of my long driveway, after foil range was reduced to the "parking lot" area of my driveway. Need to pull car out and test outside the metal shop still.
- Added Cerulean grease in ball joints to push out regular grease (thanks for suggestion Scott!)
- Trimmed fenders a little more to clear the 335s, will test this weekend. Should have went 325 from the start
- Trimmed a couple of the longer bolts from bottom of the dropped floors to gain a tad more ground clearance.
- Was going to install the license plate LED bolts, but I don't care how they look so leaving off. Not sure if cops will care, but I don't drive much at night so not too worried.
- Put a flood light inside the car, turned it on, shut the doors, turned off shop lights to see if there was any potential gaps where water could get in when I get caught in the rain. All was good, but real test will be when I'll FINALLY wash it for the first time.

Several more things to go, but anxious to jump to installing the JW Speaker LED low beams.... Just in time for DST where I won't need them to drive to work, lol. Also swapping in some H-D signals with smoked lenses. I hope to have time to take projectors out and apart to paint shroud black to match JW LEDs and signals so everything blends in with the paint.