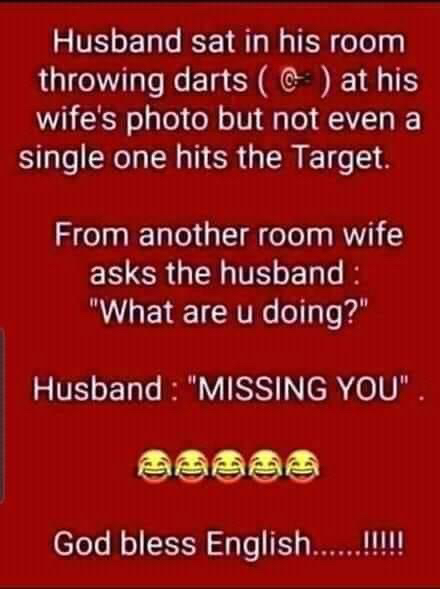 Lifetime Supporter
A bloke was sitting beside Margaret Thatcher at an outdoor function when he happened to muse out loud, "My, ain't this a lovely garden?" Whereupon the Prime Minister somewhat indignantly corrected him by saying, "ISN'T this a lovely garden, you mean. Don't you know the Queen's English?"
To which the bloke responded, "I had heard she was, yes."

- Red Skelton's story...paraphrased as best I can remember it.

Clicking on that doesn't work here in the States. :-(

Supporter
I couldn't make it work either so it is my lack of computer skills.
J

Doesn't show up in Holland also..

bill kearley said:
I couldn't make it work either so it is my lack of computer skills.
Click to expand...

Welcome to my world!
N

Lifetime Supporter
"...highest per capita ownership of convertible cars in Europe...that is preposterous optimism right there..."

'Blew coffee out 'my nose on that one!
L

Lifetime Supporter
The vid reminded me of an old Donald Duck cartoon I saw years ago showing 'farmer' Donald Duck out in a field blowing his stack because one of his tractor's huge rear tires had just gone flat.
Daisey Duck told him to calm down insisting that "things could be worse".
Donald DEMANDED to know what could possibly be worse than one of the two biggest tires on his tractor going flat.
At that moment the other three tires went flat. 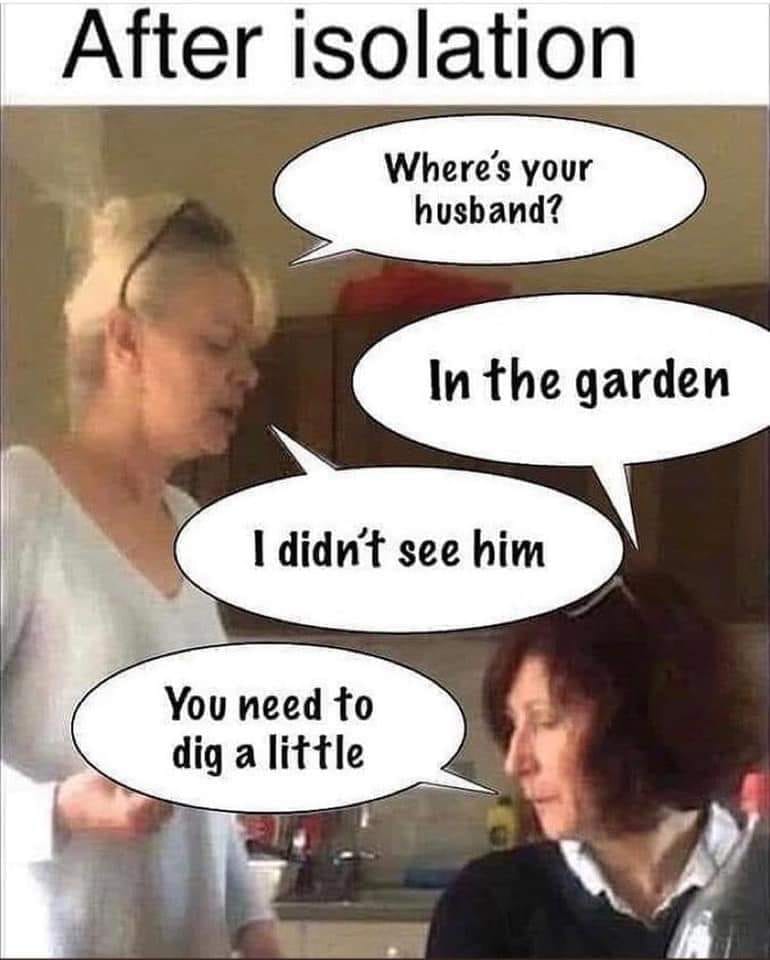 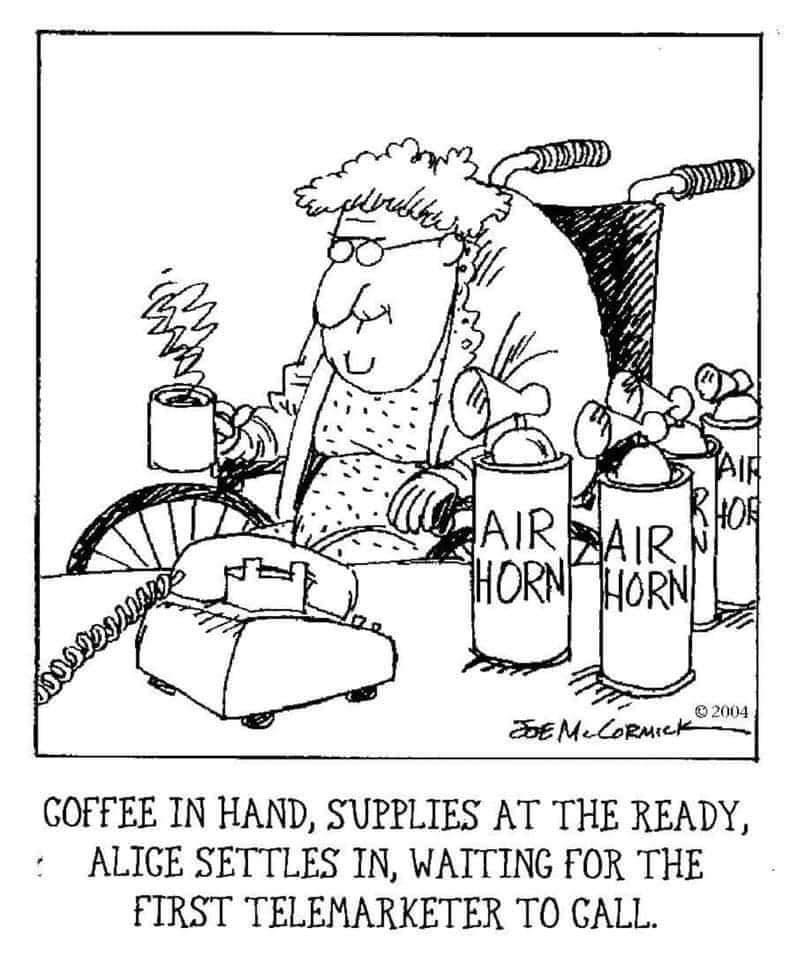 Lifetime Supporter
^^^ Only problem with her tactic is 99% of all nuisance calls are made by robots...and they can't hear!
She won't be able to hear either in a short-short!

GT40s Sponsor
Supporter
The husband leans over and asks his wife, "Do you remember the first time we had sex together over fifty years ago? We went behind the village tavern where you leaned against the back fence and I made love to you."
Yes, she says, "I remember it well."
OK, he says, "How about taking a stroll around there again and we can do it for old time's sake?"
"Oh Jim, you old devil, that sounds like a crazy, but good idea!"
A police officer sitting in the next booth heard their conversation and, having a chuckle to himself, he thinks to himself, I've got to see these two old-timers having
sex against a fence. I'll just keep an eye on them so there's no trouble. So he follows them.
The elderly couple walks haltingly along, leaning on each other for support aided by walking sticks. Finally, they get to the back of the tavern and make their way to the fence The old lady lifts her skirt and the old man drops his trousers. As she leans against the fence, the old man moves in.. Then suddenly they erupt into the most furious sex that the policeman has ever seen. This goes on for about ten minutes while both are making loud noises and moaning and screaming. Finally, they both collapse, panting on the ground.
The policeman is amazed. He thinks he has learned something about life and old age that he didn't know.
After about half an hour of lying on the ground recovering, the old couple struggle to their feet and put their clothes back on. The policeman, is still watching and thinks to himself, this is truly amazing, I've got to ask them what their secret is.
So, as the couple passes, he says to them, "Excuse me, but that was something else. You must've had a fantastic sex life together. Is there some sort of secret to this?"
Shaking, the old man is barely able to reply,
"Fifty years ago that wasn't an electric fence."
M

Supporter
On the first day, he sadly packed his belongings
into boxes, crates and suitcases.

On the second day, he had the movers come and collect his things.

On the third day, he sat down for the last time at their beautiful dining-room table, by candle-light; he put on some soft background music, and feasted on a pound of shrimp, a jar of caviar, and a bottle of spring-water.

When he'd finished, he went into each and every room and deposited a few half-eaten shrimps dipped in caviar into the hollow center of the curtain rods.

He then cleaned up the kitchen and left.

On the fourth day, the wife came back with her new boyfriend, and at first all was bliss.

Then, slowly, the house began to smell.
They tried everything; cleaning, mopping, and airing-out the place.

Vents were checked for dead rodents, and carpets were steam cleaned.

Air fresheners were hung everywhere. Exterminators were brought in to set off gas canisters, during which time the two had to move out for a few days, and in the end they even paid to replace the expensive wool carpeting. Nothing worked! People stopped coming over to visit.

Repairmen refused to work in the house. The maid quit.

Finally, they couldn't take the stench any longer, and decided
they had to move, but a month later - even though they'd cut
their price in half - they couldn't find a buyer for such a stinky house.

Word got out, and eventually even the local realtors refused to
return their calls.

Finally, unable to wait any longer for a purchaser, they had to borrow a huge sum of money from the bank to purchase a new place.

Then the ex called the woman and asked how things were going. She told him the saga of the rotting house. He listened politely and said he missed his old home terribly and would be willing to reduce his divorce settlement in exchange for having the house.

Knowing he could have no idea how bad the smell really was, she agreed on a price only 1/10 nth of what the house had been worth ... but only if he would sign the papers that very day.

He agreed, and within two hours her lawyers delivered the completed paperwork.

A week later the woman and her boyfriend stood smiling as they watched the moving company pack everything to take to their new home .......